Lisbon, 11 June 2014 – Mawlana Hazar Imam visited the Parliament of the Republic of Portugal this evening where he was greeted by the President of the Assembly of the Republic. Hazar Imam arrived in the country this morning – at the invitation of the North-South Centre of the Council of Europe – to receive the 2013 North-South Prize, which will be awarded in a ceremony tomorrow.

Lisbon, 11 June 2014 – Mawlana Hazar Imam visited the Parliament of the Republic of Portugal this evening.

Receiving courtesies normally reserved for heads of state, Hazar Imam was greeted by the President of the Assembly of the Republic, Maria Assunção Esteves and senior parliamentary officials. Following the signing of the guest book, the Imam together with senior AKDN and Jamati leaders, held discussions with the President of the Assembly as well as representatives of different parties.

Afterwards, Mawlana Hazar Imam was accompanied by Parliamentary President Esteves on a tour of the exhibition: The Birth of a Democracy in Portugal. The exhibition honours the 40th anniversary of the democratic revolution in Portugal. Earlier in the day, Hazar Imam called on Prime Minister Pedro Passos Coelho at his official residence, and the Minister of Foreign Affairs, Rui Machete.

Mawlana Hazar Imam arrived in the country this morning – at the invitation of the North-South Centre of the Council of Europe – to receive the 2013 North-South Prize. The prize will be presented by the President of Portugal, His Excellency Aníbal Cavaco Silva at the Senate hall of the Portuguese Parliament on Thursday, in the presence of members of government, parliamentarians, diplomatic corps and civil society.

Upon his arrival in Lisbon, Mawlana Hazar Imam was received by Secretary of State for Foreign Affairs and Cooperation, Luís Campos Ferreira and Executive Director of North-South Centre of the Council of Europe, José Ludovice. The President of the Ismaili Council for Portugal, Aitmadi Amirali Bhanji and AKDN Resident Representative Vazir Nazim Ahmad welcomed Hazar Imam on behalf of the Jamat and the institutions of the Ismaili Imamat.

The first Muslim religious leader to be awarded the North-South prize, Mawlana Hazar Imam is being recognised for his commitment towards furthering the understanding of a more pluralistic society and his achievements in improving the quality of life of vulnerable populations around the world through the work of the Aga Khan Development Network. During his two-day visit to Lisbon, Mawlana Hazar Imam is also expected to meet with President Cavaco Silva as well as Portugal's deputy prime Minister. 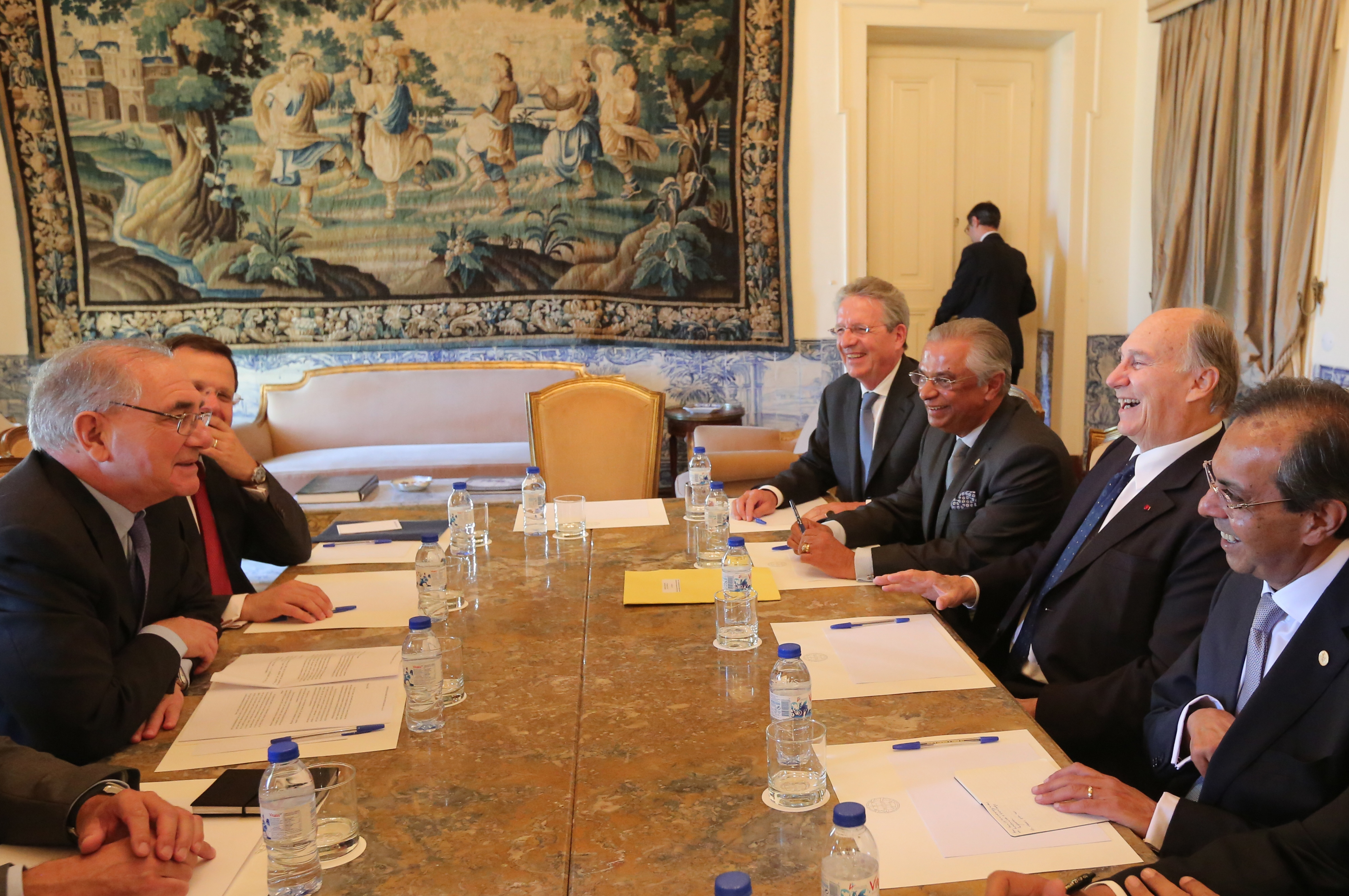