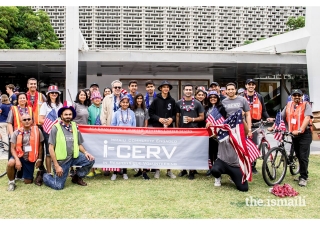 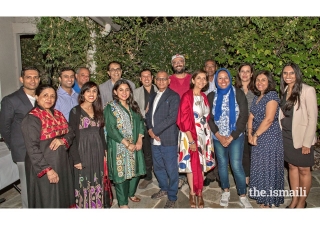 In an interview with La Cohorte earlier this year, Mawlana Hazar Imam said, “I have always taken the view that civil society must play a fundamental role in the future of all populations. So, we have to consolidate and strengthen it. And that means taking the most important institutions of civil society and giving them support and encouragement wherever we can perhaps help them do things differently from anything we have known up till now.” 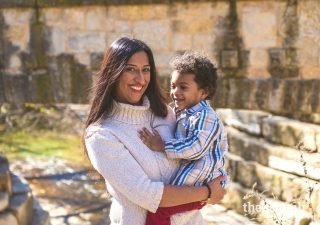 Dr. Aliya Sheriff is as an agent of social change. Since childhood, she understood that an education was earned to serve humankind. Her older brother, who passed when she was 17-years-old always teased her for her unrelenting vision, and her parents encouraged her to pursue her passion to help the most vulnerable. 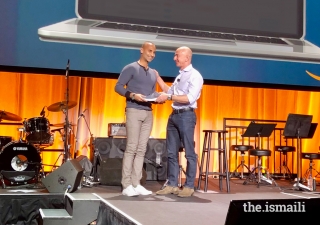 “I didn’t believe it until I was shaking his hand,” Zameer Rayani admits. When his presence was requested at Amazon’s recent All-Hands Meeting in Seattle, he didn’t even share with his family or friends. After all, no one from the HR department had ever won the award in the company’s 25-year history, but with numerous Ismaili Amazonians live-streaming the event around the world, messages like this spread like wildfire on social media: “Do you know Zameer Rayani? Sounds Ismaili, he just got an award from Bezos at our company All-Hands!” 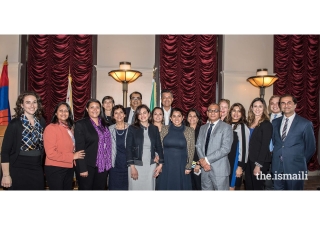 Los Angeles is a city where the multicultural ethic is thriving, with continuous efforts to engage diverse communities in order to cultivate greater tolerance. The fourth annual Los Angeles Day of Religious Pluralism was held on April 9, 2019, at the Los Angeles City Hall, sponsored by the Aga Khan Council in collaboration with the USC Center for Religion and Civic Culture. It was organized by the Human Relations Commission and the Los Angeles Mayor’s Office of Public Engagement. 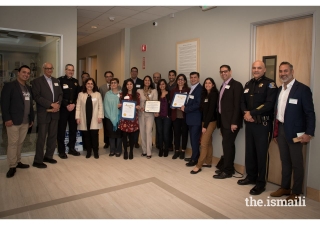 “This is one of the most peaceful places in the City of Milpitas” -Richard Tran, Mayor of Milpitas

The recent opening of the Milpitas Jamatkhana was celebrated with an open house where community members were invited and provided with a guided tour of the new center. California Assemblyman Kansen Chu, Milpitas Chief of Police Armando Corpuz, and Superintendent of Milpitas Unified School District Cheryl Jordan were amongst the invited guests. 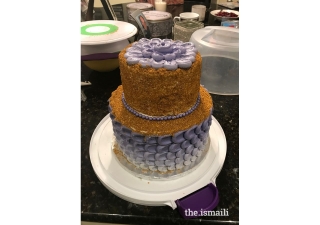 “It's all about a balancing act between time, temperature and ingredients: That's the art of baking.” Peter Reinhart

Watching cooking competitions has become quite popular in households around the world. After watching chefs create mouthwatering dishes that receive honest critique from experts, viewers are left at the edge of their seats waiting patiently for the next episode. 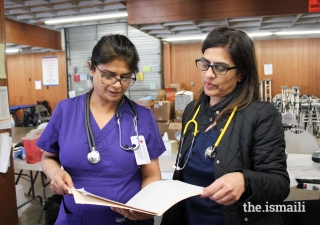 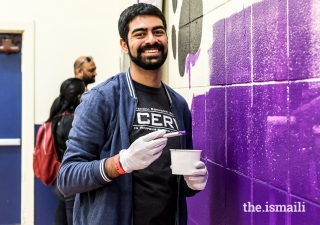 It was an uncharacteristically cold and windy Monday morning in Los Angeles on Martin Luther King, Jr. Day, January 21, 2019. Most families were bundled warmly in their homes, but 48 volunteers in I-CERV shirts huddled together at George Washington Carver Middle School to help the community. This event attracted over a thousand volunteers from dozens of corporations and nonprofits, evidenced by the colorful company shirts sported throughout the school campus. The day marked an annual tradition when I-CERV partners with LA Works to participate in a school beautification project in downtown Los Angeles. 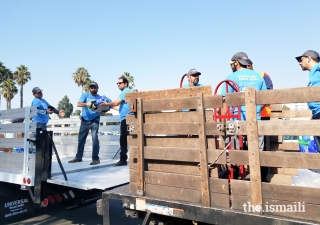 The annual Aga Khan Foundation (AKF) USA Walk-Run was scheduled to be held at the Santa Monica Pier on Sunday, November 11, 2018. As in prior years on this day, walk organizers envisioned residents of Southern California would participate in the event to learn about AKF programs worldwide, and invest in long-term solutions to improve the quality of life for global communities. 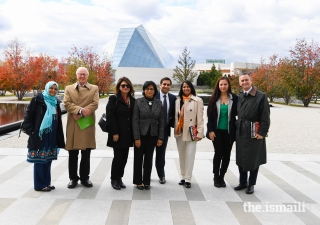