Every December, students wind down by snuggling up in their favorite blankets, binge-watching television sitcoms, and soak in the merry holiday season with heaps of food and family gatherings to enjoy a break from essays and midterms. However, this year, 20 students volunteered to take a more alternative route to the traditional winter break.

With a spirit of helping the community, Ismaili students embarked on an ‘Alternative Winter Break’ (AWB) from January 2 to 5, 2019, an excursion where they engaged in direct service while learning about humanitarian issues.

“I applied to be a part of AWB because I wanted to have a participant experience in which I would be able to learn from mentors and grow from peers,” says Sana Nizarahmed of Atlanta. “I wanted to take a break from the hectic material life we’re hooked on and take in the values from our faith.” She hoped that by serving others she would be able to bring joy to another and be a part of something larger than herself.

On the first day of AWB, participants contributed to service projects at Urban Park and San Jacinto Elementary Schools. They were able to interact with current students, participate in math and reading enrichment programs, serve food, and work to beautify the school, among other things.

“For the college students, we hope to present them with the reality and challenges of poverty in an urban community,” says Ana Barbosa, a teacher at San Jacinto Elementary School. “We hope to make them aware of the consequences of political decisions and how they affect students in a public school setting.”

San Jacinto Elementary is a Title I School, where 98 percent of students live under the poverty line. Hunger is one of the challenges faced by students. Barbosa volunteered to coordinate the Winter Meal Program to provide breakfast and lunch for the Dallas Independent School District (DISD) students during the break.

“It will give them a real perspective of public schools in Texas,” says Barbosa. “It will form a sense of responsibility for the less fortunate in our future corporate America. I believe some of them will become mentors to a younger generation as college students.”

Barbosa saw a seed of hope growing amongst her students as many of them begin to ask about college after interacting with AWB participants.

“Anytime you’re involved in something like this it really broadens your horizon,” says Lisa Falcon, Principal for Urban Park Elementary School. “When you’re actually creating something like this, (in reference to a mural painted by AWB participants) it’s something that will leave a footprint and stay behind forever.”

While painting classroom bulletin boards and setting up a 3D printer, Danish Ali of Arlington, Texas, expressed his surprise by the students’ excitement for these school improvements.

“I remembered one student talking about how his family would walk everywhere because their car was broken,” says Samee Ali of Atlanta. “This was literally ten seconds before he won the bike in the raffle drawing.”

Sana found that the best part of the experience was the relationship she developed with a four-year-old girl, Isabella, whom she otherwise would not have met. Even with a language barrier, the two connected and Isabella’s tears upon departure left a great impact on her.

“The food pantry was my favorite part,” says Afreen Madhani of Houston.“We were able to directly interact with members of the community. One little girl, in particular, trusted me and held my finger and we walked around while her mother shopped.”

The last two days of the AWB trip, participants volunteered their time at the Jan Pruitt Community Pantry and Marillac Community Center. Here they had the chance to prepare literacy packages, update playgrounds, and serve food to families.

“Our hope is that the participants feel a sense of pride in their work and contribution, and that we have helped to facilitate their need and desire to give to others in a meaningful way,” says Dave Woodyard, CEO of Catholic Charities Dallas (CCD). “By participating with AWB we collectively demonstrate inclusiveness in our work and mission through actions that reach farther than mere words.”

Entering its fifth year, the AWB program has been organized by Aga Khan Youth and Sports Board (AKYSB) in multiple cities across the United States. This year, AKYSB partnered with DISD and CCD to execute the service activities at the elementary schools, food pantry and community center.

President Nizar Didarali, from the host region of Central US, explained, “giving of time and resources for the benefit of mankind is a longstanding tradition in Islam, and the Ismaili Muslim community instills this importance of service in our youth through various programs.”

“Our society does not do enough to educate and inspire giving in young persons,” says Woodyard. “Having college students participate will not only affect them personally. They will likely tell other classmates, teachers, family and more about their experiences, and hopefully, inspire others to act.”

AWB participants also visited Dallas City Hall and received letters of appreciation from Mayor Mike Rawlings. The letter stated that their service speaks highly of their values. He went on to write that the “immersive experience can enhance your empathy and problem-solving abilities,” which are “attributes of great leadership valued everywhere.”

These appreciative letters were distributed by Mayor Pro-Tem Casey Thomas. “Programs like AWB help young people have an opportunity to see college students sacrifice their time for service,” said Thomas. “The impact leaves a lasting impression on young people in Dallas. My advice to these students is leadership comes from service.”

Consistent with the Ismaili faith’s ambition to serve, AWB participants were able to blend together service and adventure to inspire and effect change this holiday break.

“I would tell future participants that this program creates an open, safe space for you to challenge your views, engage in intellectual discussions and service events, to help you grow as an individual,” remarked Sana. “You will meet so many new people that you will bond with forever.”

A Discussion about the Courts with a Chief Judge 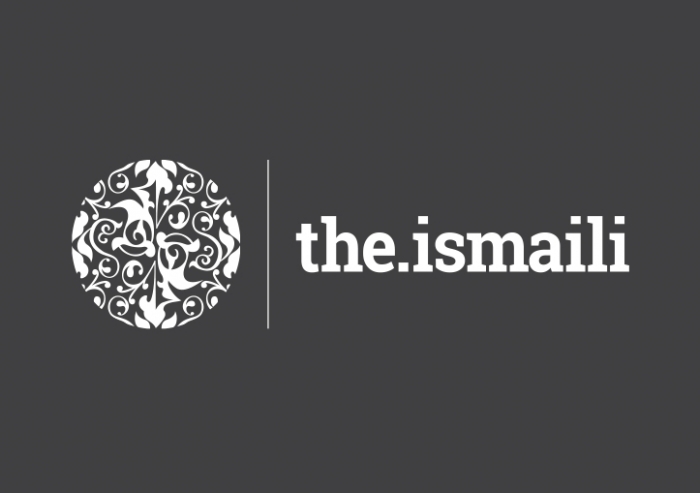