Two young Ismailis, Shams Charania and Sabreena Merchant, are now in the forefront of reporting for the National Basketball Association (NBA).

There are twenty seconds left and you are at the edge of your seat. It could be anyone's match and suddenly there is a power outage. You suddenly remember that you follow Shams Charania and Sabreena Merchant on Twitter, among the most-followed and high-profiled NBA-reporters in the business. And as you realize that your team has won, you get the satisfaction of being the first to message your friends as you heard it directly from the best in the industry.

Based in Chicago, 25-year-old Shams Charania traveled all over the country reporting on the NBA. He already started making waves at the early age of seventeen. With no prior experience, a determined Shams took an aggressive approach when contacting people in the league. He knew that people on the other end might ask, "How old are you?” Yet, he did not want his age to be a determinant for his talents. 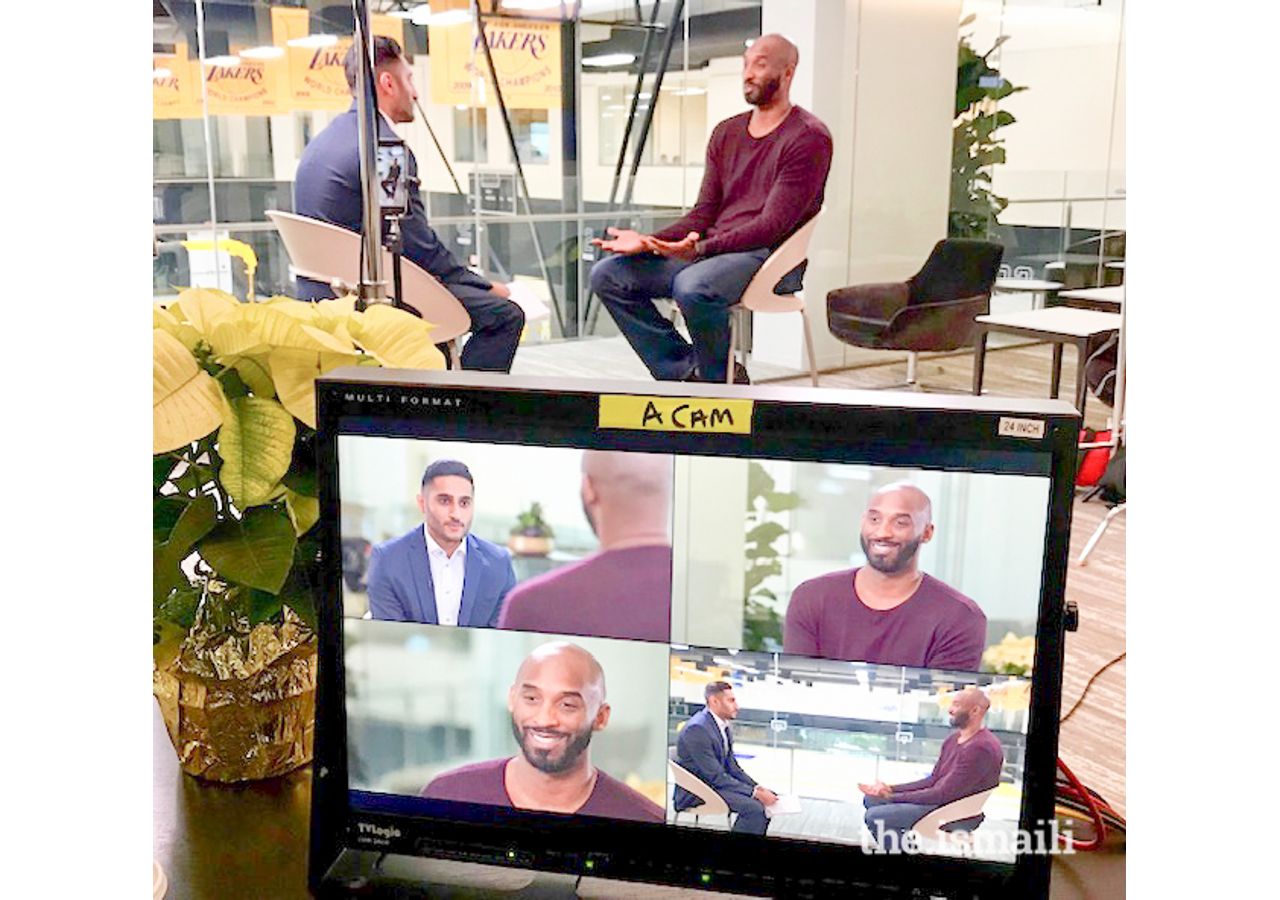 While he was busy working at Yahoo Sports as an NBA reporter, he was juggling between his studies at Loyola University and his passion for NBA reporting. "I have a tremendous passion for my work and that is my number one priority,” says Shams.

"There were days, nights, during my senior year of high school, my freshman and sophomore years of college, I'd be driving three-and-a-half hours from Indianapolis, and I would have a final the next day,” shares Shams, in an interview with Chicago Tribune.

Shams has interviewed Kobe Bryant and many of the NBA star players. Hassan Minhaj even joked at an NBA event that “I am not Shams Charania and I am not here to report a trade!”

As an Ismaili, Shams feels "it is always great to be seen as someone who is differentiated in the US, where the medical and IT fields are the common ventured careers in the community.” As young as he is, the now senior lead NBA reporter for The Athletic feels, "it is good to be someone who can try to advise professionals in the field, especially in the Ismaili community.”

Sabreena Merchant is a journalist covering professional basketball who stands out in a sports journalism field dominated mostly by men. She started as a freelance sportswriter for the NBA and the Women’s National Basketball Association (WNBA), and now works as a beat writer for the Clippers and the Sparks.

Sabreena got her journalism start covering the football team for her high school paper before working as a sportswriter, and later managing editor for The Chronicle at Duke University. After a few career detours, she has turned a blogging hobby into a full-time job as the Clippers beat reporter for the Sports Illustrated team site. That role involves going to practices, reporting on news surrounding the team, covering games, and offering an analysis of the team through writing and video.

One of Sabreena’s favorite players to interview is Montrezl Harrell of the Clippers because he consistently shares how blessed he feels to do his job for a living, something she says she also feels. “We really bonded,” she adds, “when I joked with him after my alma mater Duke beat his alma mater Louisville in a really impressive comeback last season. He’s given me good material since then, and we even ran into each other at Chick-fil-A and caught up during the offseason.”

Although the NBA has a larger reach, Sabreena’s experience covering the WNBA has been the “most intimate,” as WNBA remains a growing industry. She has been able to profile some of the biggest stars, including Candace Parker and Chiney Ogwumike, and her local coverage of the Sparks is cited by national reporters.

Like in any field, Sabreena has to deal with all kinds of personalities on a day-to-day basis. She has had to deal with players who are short with her and give one-word answers; she even had a player “duck me by sneaking out through the training room while I was waiting at his locker postgame. I endear myself to players and coaches when I write nice things, and I’ve also noticed a definite cold shoulder when I write pieces that aren’t so flattering,” she remarks.

Even though she is confident in her current career path, it wasn’t long ago that Sabreena had difficulty convincing herself to take an unconventional route. She pursued a pre-medical academic track during her undergraduate education and didn’t allow herself to “seriously” consider pursuing sports journalism until 2015 when she started volunteering for SB Nation, one of her current employers.

Now, Sabreena appreciates having a career that reflects her passion, one that fills her life with substance. She emphasizes that “there is palpable value and excitement in enjoying what I do every day.” She has found ways to bring that passion into the rest of her life, including coaching a men’s basketball team for the 2019 West Regional Sports Tournament. The “Gully Boys” finished second and advanced to play at the United States Ismaili Games (USIG).

When it comes down to her roots, Sabreena enjoys engaging with the Jamat’s youth. She is very involved in I-CERV and created new partnerships in Los Angeles with Heal the Bay and the Westside Food Bank. She also is involved with the Volunteer Corps and is a support teacher for STEP classes.

Volunteering with the Sikh Community