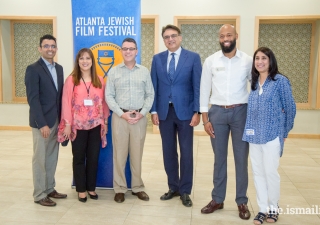 The Ismaili Council for the Southeastern United States partnered with the Atlanta Jewish Film Festival (AJFF) to present the documentary Shalom Bollywood:  The Untold Story of Indian Cinema, based on the early history of the Indian film industry. This AJFF Connects screening was a part of “year-round programming initiative that uses the power of film to build bridges of understanding and spark dialogue with diverse audiences” 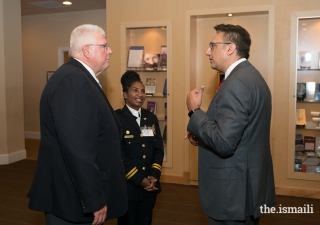 Atlanta’s Ismaili Muslims marked the festival of Eid-al-Fitr by honoring public safety and civic leaders of DeKalb and Fayette counties at an Appreciation Tea, hosted at the Ismaili Jamatkhana. 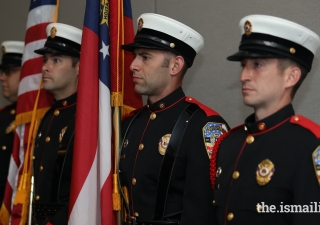 “The history of the word prayer means to beg or to entreat, which means to negotiate. This notion of negotiation—of finding common ground—began to strike me as the meaning of interfaith prayer. While religions are different in many ways, we can find common ground only if we listen, are still, and make time to be in each other’s presence.” -Doug Shipman. 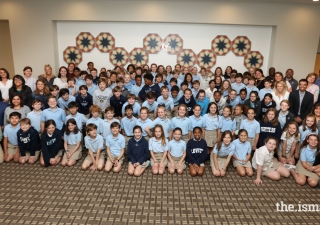 “Understanding one’s own spiritual journey by learning about and respecting the diversity of beliefs in the community” and exploring connections between the three Abrahamic religions, Judaism, Christianity and Islam, part of the fifth grade religious studies curriculum, brought over a hundred fifth-graders to visit the Ismaili Jamatkhana in Atlanta. 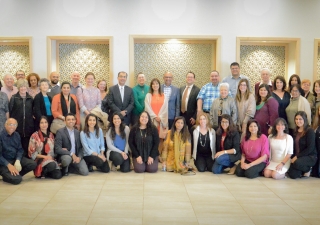 When Craig Seligman, a member of Temple Sinai Atlanta, invited Akbar Kassam, a Shia Ismaili Muslim, on a trip to Israel with his congregation, Akbar couldn’t pass up the opportunity. 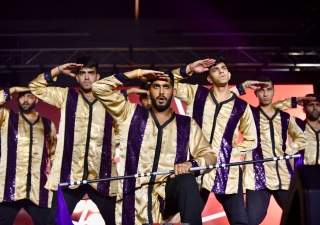 Through the gallery, stage, and screen, artists in the Southeast used the themes of legacy, time, devotion, and aspiration to showcase their talents and inspire spectators at the Regional Jubilee Arts Festival in Atlanta, Georgia. 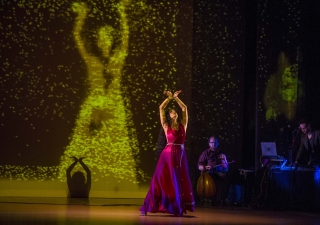 Centuries have passed but the poetry of Rumi and his peers lives on in a number of ways. The most unique, however, may be the husband-wife performance duo Niyaz, whose stage name means a spiritual longing for more. 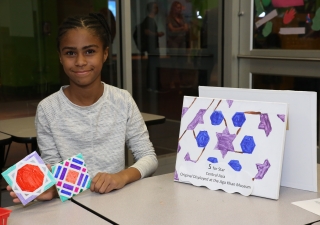 Atlanta welcomed springtime once again with an afternoon of activities at the Children’s Museum of Atlanta. 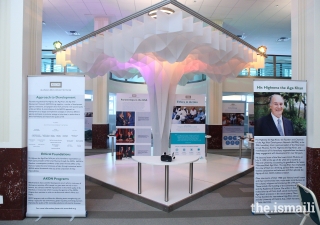 Ethics in Action, a multi-dimensional exhibition illustrating the work of the Aga Khan Development Network (AKDN), has been touring the United States the last few months. 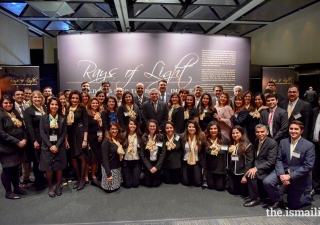 The Rays of Light exhibition was seen by 500 external guests and almost 8,000 members of the Jamat from the Southeast region. 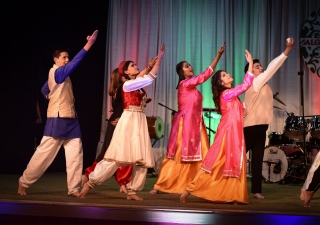 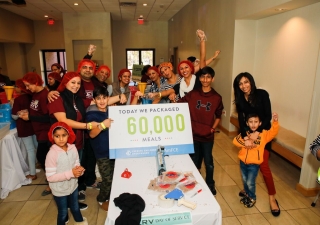 With the spirit of Thanksgiving, more than 500 Ismaili volunteers, aged eight years and above, gathered at the Atlanta Northeast Jamatkhana to fight hunger and food insecurity in metro-Atlanta.  The Ismaili Council for the Southeastern United States, in partnership with the Atlanta Community Food Bank (ACFB) and Feeding Children Everywhere, organized the 60 for 60: I-CERV Day of Service, with the goal of preparing 60,000 meals in commemoration of Mawlana Hazar Imam’s Diamond Jubilee.