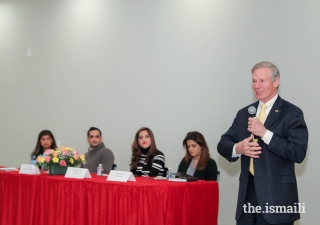 “As a student, when choosing the right school, you have to ask yourself if this institution will prepare me for the future,” advised distinguished scientist, Dr. George P “Bud” Peterson, President Emeritus and Regents Professor at the Georgia Institute of Technology. He was addressing middle and high school students in particular, at a program entitled “Ivy League Connect,” organized by the Ismaili Council for the Southeastern United States to provide the community with information on how to select a quality higher education institution. 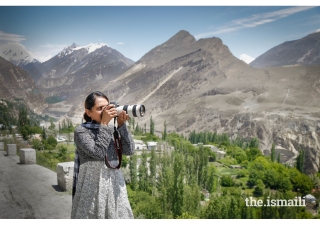 Pakistan, with its vast culture and loving citizens, is welcoming and open for tourism. My visit to the various regions of this beautiful country with the experienced and talented cultural dancers of Sanam Studio was in itself a great learning experience and added to my patriotism and love for the country in which I was born. 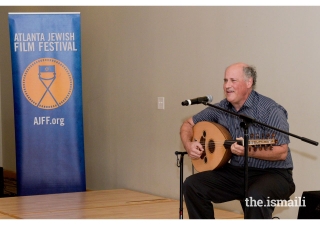 The melody of a mandolin, accordion, banjo, and violin filled the room, bringing together nearly 200 people from different faiths and cultures on a Sunday afternoon. On October 27, the Atlanta Jewish Film Festival (AJFF), and the Ismaili Council for the Southeastern United States presented in partnership a film screening of “El Gusto,” a musical documentary by filmmaker Safinez Bousbia, who won the Best Director Award at the Abu Dhabi International Film Festival in 2011. The film screening was held at the Ismaili Jamatkhana in Norcross, Georgia. 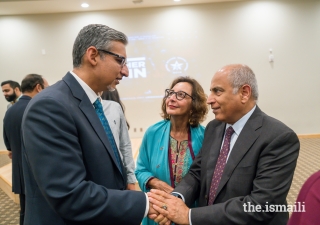 At the International Athens Democracy Forum in 2015, Mawlana Hazar Imam stated, "The progress of democracy in our world is fundamentally linked to improving the quality of human life." He cited four elements that could help advance democracy: an improved constitutional understanding, independent and pluralistic media, the potential of civil society, and a genuine democratic ethic. 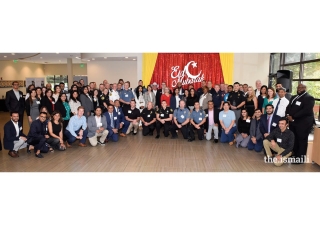 In celebration of Eid al-Adha, the Ismaili Council for the Southeastern United States hosted two civic appreciation events to recognize and honor local law enforcement and public safety officials.  Elected representatives from state, county, and city levels joined in honoring the selfless sacrifices made by first responders, especially in the face of emergencies. The events were held at the Ismaili Jamatkhanas in Duluth, Georgia, and Hoover, Alabama, and were attended by fire, police and sheriff officers from 15 departments, representing 8 local jurisdictions. 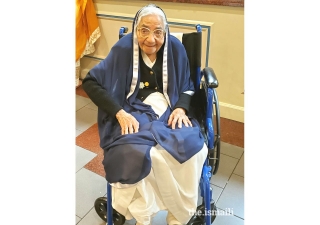 Her blue dupatta (shawl) with the white border glistens as she directs the flow of traffic in Atlanta’s busy Ismaili Center and Jamatkhana, while seated on her chair. "Maaji" celebrated her 105th birthday on January 1st of this year, and she is the epitome of service, dedication and loyalty to the Imam and the Jamat. 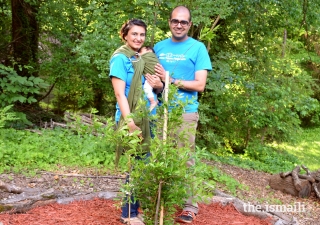 “Struggle is the meaning of life. Defeat or victory are in the hands of God, but struggle itself is man’s duty and should be his joy.” -Mawlana Sultan Mahomed Shah

Adversity takes many different shapes; it can be crushing and life-altering, yet calls upon one’s inner strengths, perseverance, and will. No matter its form or impact, from the wounds of adversity, comes wisdom. 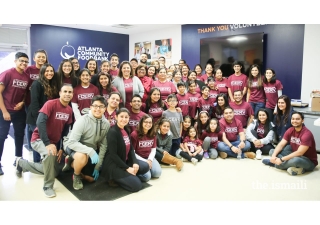 “It gives you a feeling that nothing else can really give you, it gives you a different type of joy. You see what you’re doing and how that is helping the community,” says Maha Jalia, a university student and member of the Atlanta I-CERV team. 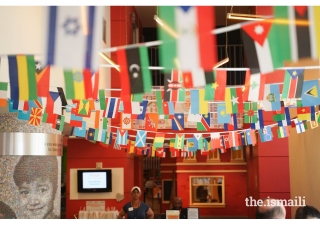 Families from all across Atlanta and the US visited the Children’s Museum of Atlanta for the Museum’s first-ever United Nations of Play. This day-long event immersed visitors in exhibitions from a number of countries, such as Egypt, India, Peru, Senegal, and others, highlighting diverse cultural and historical traditions and exposing young minds to international cultures through play. The Ismaili Council for the Southeastern United States was among the Museum’s partners for the inaugural event, strengthening its existing five-year collaborative partnership. 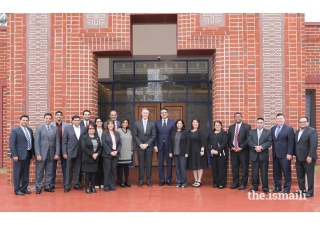 Ismaili Jamatkhanas foster an appreciation of pluralism and serve as a perfect venue for sharing the Ismaili Muslim identity and community values with the greater community. Events hosted at the Jamatkhana stimulate the intellect, encourage dialogue, and celebrate cultural diversity in the Greater Atlanta Area. They are often also used to host government and community leaders to enhance relations and find pathways for civic engagement. 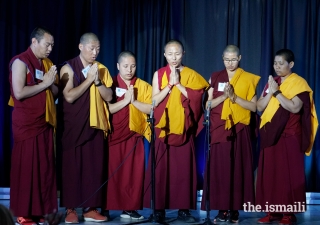 The members of the Atlanta City Council issued an official Proclamation and joined “faith, community and civic leaders to affirm (our) shared, cherished values of dignity, unity, respect, and compassion for our fellow human beings,” thereby endorsing April 4, 2019, as Atlanta’s inaugural Day of Religious Pluralism.