A short and poignant new film captures the imagination and underscores social issues leading to suicides among girls in Northern Pakistan. Depicting the strains caused in families and villages by the impact of higher education, the film Darya Kay Iss Paar (This Bank of the River) makes its statement with little dialogue. The emotions, confusion, and despair are all too obvious in the actress who plays the part of a tormented young girl.

This 30-minute film, produced by Memphis resident Nighat Akbar Shah and directed by Shoaib Sultan, won three of the four major award categories at the New York City International Film Festival in April 2021 and was selected to the Cannes Court Metrage, the Short Film Corner, in July 2021. The film will be released to the public in early 2022.

The film was screened on September 2 for the Pakistan Senate’s Standing Committee on Human Rights. Nighat participated via a video link and discussed the issues that need to be addressed.

Nighat was raised in Chitral, Pakistan, to well-to-do parents, and her father, now retired, was elected twice as a member of the district council of Chitral in the early 80s. She is neither a film student nor a film enthusiast, so how did she become involved with this project? She says it was because she was raised not to complain but to be a problem solver. And this film is her attempt to address a serious issue. 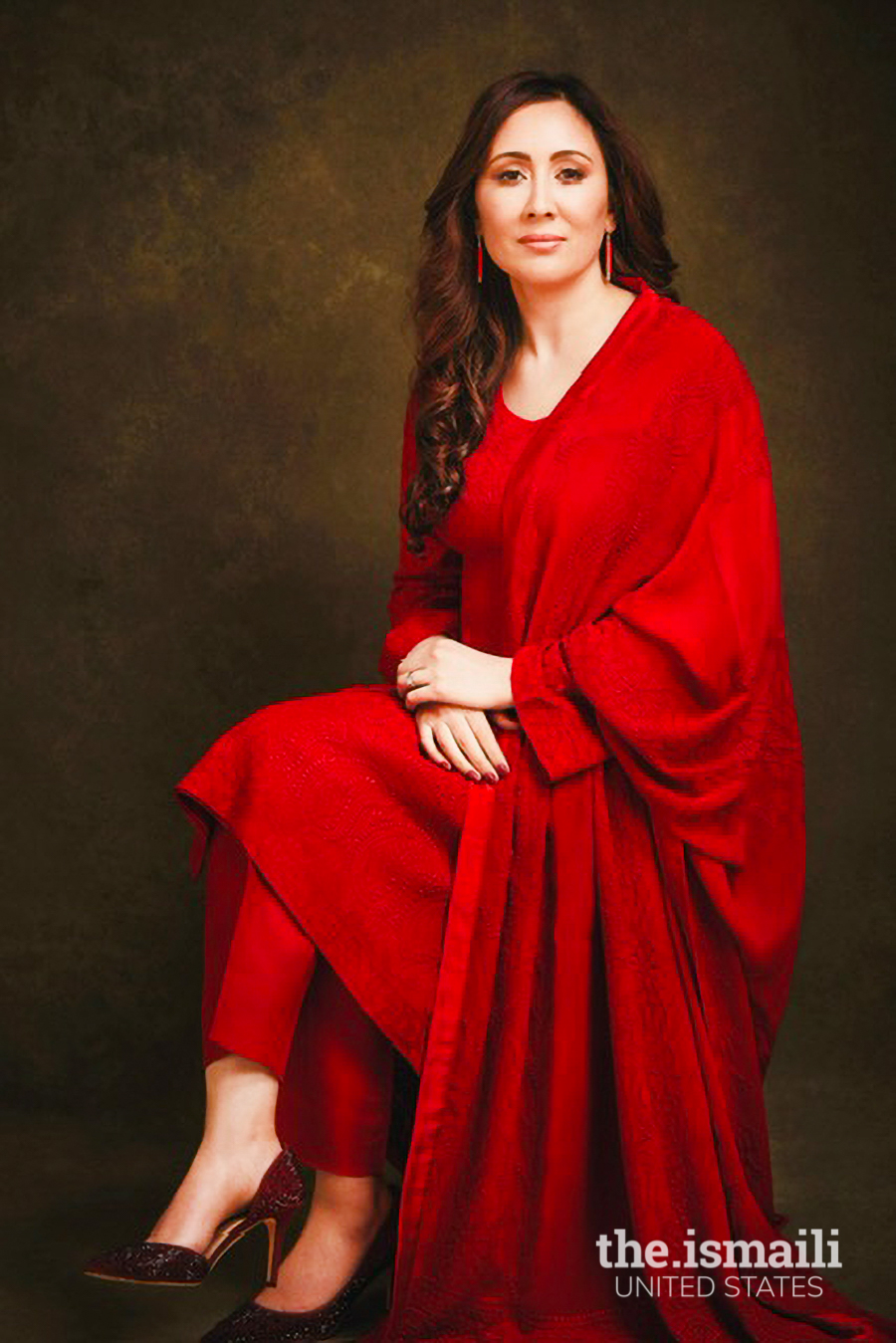 On a visit to Chitral in 2019, Nighat recalls a day when she was enjoying ”... the company of my grandmother, and the beauty of the rugged landscape, and the summer fragrances in the mountain breeze. It was a blissful evening in the hidden heart of the world that I had left behind.”

This idyllic setting was shattered by screams that Nighat first tried to ignore, “... thinking it was the sounds of children playing. It wasn’t until those sounds came closer that we realized they were the frantic cries of adults.” Soon, distraught neighbors were bringing news that her beautiful cousin had committed suicide by jumping into the river.

Nighat recalls that “People kept searching until it was very dark to see a trace of her. After that hellish night, we began to search for answers. We learned that she had been depressed and self-critical for some time, yet no one understood the depth of her despair.”

The inspiration for the film
Returning home, tragic news was to follow her here also. “This time,” Nighat says,  it was her husband’s cousin, “...a handsome, young police officer who had turned his gun upon himself. It later came to light that he was secretly battling depression and had stopped taking his medications. Too often, family and friends only recognize the warning signs of suicide in hindsight, though the victim had been contemplating it for a long time,” she remarks.

Nighat’s family is far from alone in seeing depression claim victims. “In Pakistan,” she says, “suicide ravages all walks of life –– from those in poverty and illiteracy to the well-educated, upper class. Beneath the picturesque surface of some parts of Chitral and Hunza of Gilgit Baltistan, the suicide rate is surging exponentially. Like my cousin, 77% of the female suicide victims ended their lives by jumping into the Chitral River.“ (Zafar, 2020).

It was to publicize the issue, so that there is discussion and an impetus to confront it, that Nighat decided on making a film, rather than merely talking about it. She approached Shoaib Sultan to direct the short film, while she would be the producer.

This film, which was also shown at the Calcutta International Cult Film Festival, was made in northern Pakistan. It highlights the scenery of the valley, exposing the rest of the world to its beauty as well as its barrenness, with an honest depiction of the cultural and social pressures that can make people feel isolated, unloved, and unimportant. “I have no plans to earn a profit from this film,” says Nighat, adding, “ I'm offering it in the hope that my voice will encourage others to speak out and bring us closer to breaking this fatal silence.” 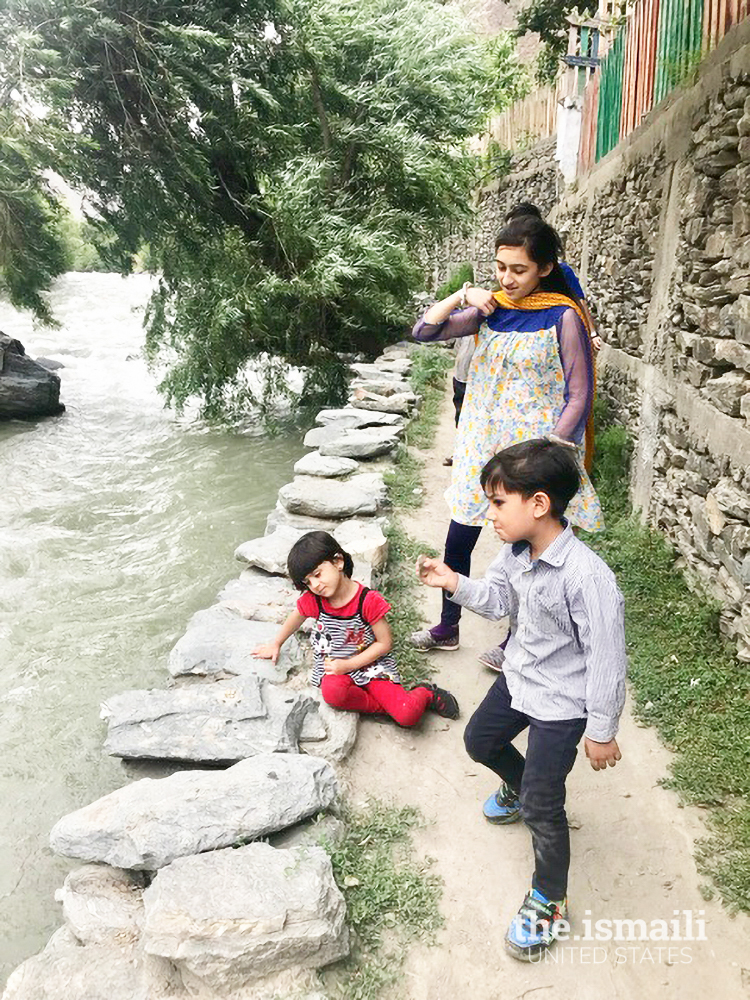 Nighat’s daughter playing with her cousins in Chitral. One can see the risk of danger from the fast-flowing water

Depression and suicide in Northern Pakistan The World Health Organization (WHO)  documents 800,000 suicides every year ). Nighat says that “ WHO has estimated that 15-35 Pakistanis commit suicide every day; that’s as high as one person every hour. Experts believe that the true numbers are even larger. Many suicides are never reported, investigated, or acknowledged, due to taboos, social stigma, and complicated legal procedures.” (World Health Organization, 2019, (Rehman, 2020), and Lahore, 2020).

“Even when someone is brave enough to seek help in Pakistan, there’s often none available,” says Nighat, adding, “Pakistan has approximately 200 million people, and despite over 100 medical colleges in the country, there are only about 500 licensed psychiatrists. That breaks down to one psychiatrist per 400,000 people, and most of those psychiatrists are in urban areas.” (Bhatti, 2020).

During a visit in 2014, Nighat had become aware of increasing suicides and depression in the Chitral area. She sponsored a psychologist and a neurolinguistic master practitioner to come to Chitral and train a few people to understand the causes of depression, sadness, and anxiety.

The team discovered that depression and suicides often result from rigid social norms and taboos, the cold and gloomy mountainous surroundings, the insular village culture, isolation, and limited economic opportunities. In these closed and conservative societies, mental health and suicides are seen as family issues and rarely discussed.

Compounding these factors, Chitral has a  highly-educated youth population, thanks to many Aga Khan Education Service initiatives. Still, due to the lack of employment opportunities, the lack of modern amenities and infrastructure, including the internet, lights, roads, and bridges, it is difficult to start and sustain a new business.

The lack of opportunities is a major cause of depression in the youth when expectations and hopes are dashed. With parents expecting excellent grades, and for children to become earning professionals, the pressures on students mount, and suicides increase at the time of professional board and civil service exams.

Even if they are successful in their examinations, many end up unemployed as jobs are scarce. They remain dependent on their families, particularly the women, who often are restricted to only office jobs, if they can find any, or remaining at home.

Depression among women is also fueled by inequities in social customs. From sports to socializing and entertainment, girls enjoy less freedom to participate in these activities than do boys, and many decisions about their future are made for them by the family, emphasizing the lack of control over their own lives..

The mental health crisis in Chitral needs an urgent response. Nighat suggests options that may be useful are a better education system, counseling at school, college career counseling,  and the creation of more income opportunities. “But even with these changes, without changes to attitudes and more realistic expectations, this dismal scenario may continue for some time.,” she fears.

Continuing connections to Chitral
Memories of Chitral are still vivid and Nighat’s connections to the region are still strong, as her extended family lives there. She used to visit annually and has helped establish an ECD center and a computer lab in Garam Chashma for a public school.
In early 2019. She and her husband also built a hostel for women in Balach Chitral that can house almost 200 students.

Nighat’s concern for the welfare of residents in the Chitral, Hunza, and Gilgit areas is even more extensive. Aware that there has been an increase in cancer patients there, and women cannot easily go to Lahore, Peshawar or Islamabad for treatment, mortality rates are high. It is also a subject nor easily discussed in families, let alone with others. 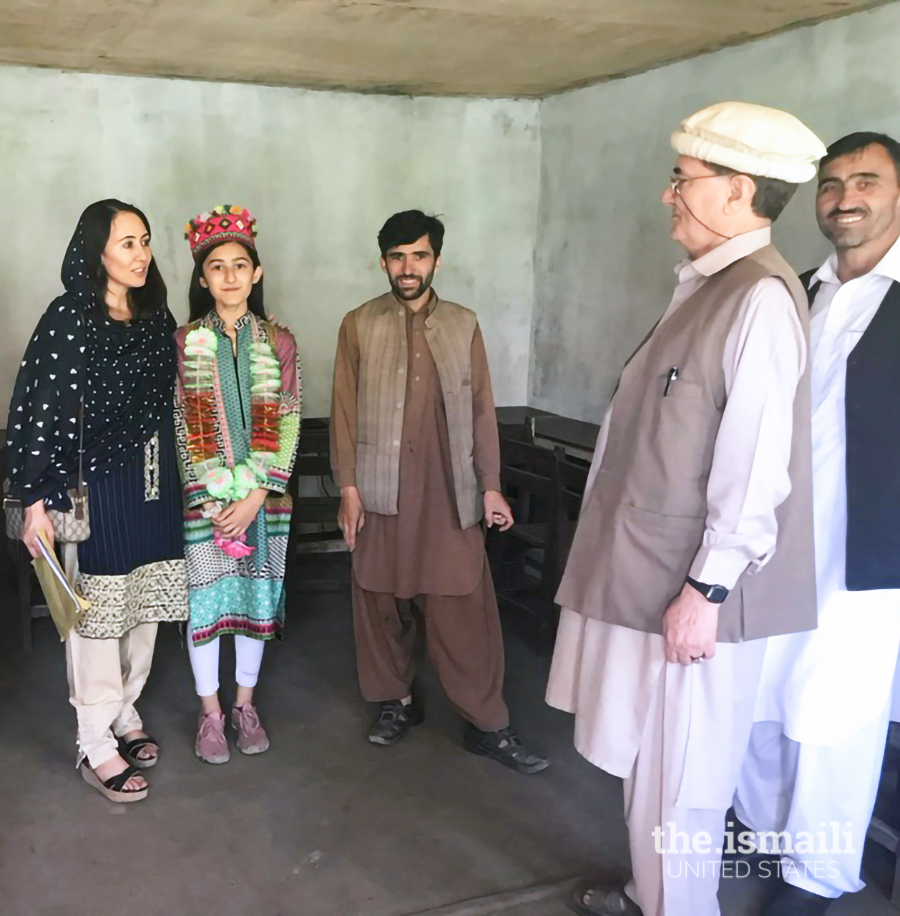 Nighat and her daughter with Mr. Islamuddin, the principal of Pamir Public School in Garam Chashma, where she funded an ECD center

Nighat has sponsored free mobile mammography screening camps, in coordination with the Cancer Care Research Hospital in Lahore. The camps will go on until mid-August, after which the data will be analyzed. Those diagnosed receive free treatment at the hospital. In the first week of screening, So far, 523 women have required an ultrasound, with approximately 200 needing biopsies. This is certainly a positive development towards improving the health of women in the region, who might otherwise go untreated.

Nighat and her family
Nighat is the eldest of seven children. Her parents and siblings moved to the United States from Canada a couple of years ago. She and her husband have two children, ages 18, and 14. She had attended the Aga Khan High School, Ovirk, and Government High School, Garam Chashma. After moving to the US, she completed a Finance degree and a Master of Science in Business Administration in 2015.

Nighat is currently vice president of the commercial real estate development and management company, co-founded with her husband, Rooziman Shah. They own or manage about 200 convenience stores, shopping centers, and rental properties in Tennessee, Mississippi, and Arkansas. In addition, with a local partner, they are also opening an Assisted Living Memory Care Center in Tennessee.

Impact of the film
This film may serve to bring attention to this issue, not only in Pakistan but elsewhere also, as depression and suicides are on the rise. Suicides in the United States have been increasing, up 33% from 1999 through 2017 (Winerman, 2019). ﻿ In 2016, suicide ranked as the 10th leading cause of death among Americans. It is the second leading cause of death for those under the age of 35 (Centers for Disease Control, 2020).

Individuals or families that have concerns about depression or suicidal thoughts should seek help from healthcare professionals. The US Jamat’s ACCESS team is also trained and available to assist at 1-844-55-ACCESS.

Wineman L. By the numbers: an Alarming Rise in Suicide, and 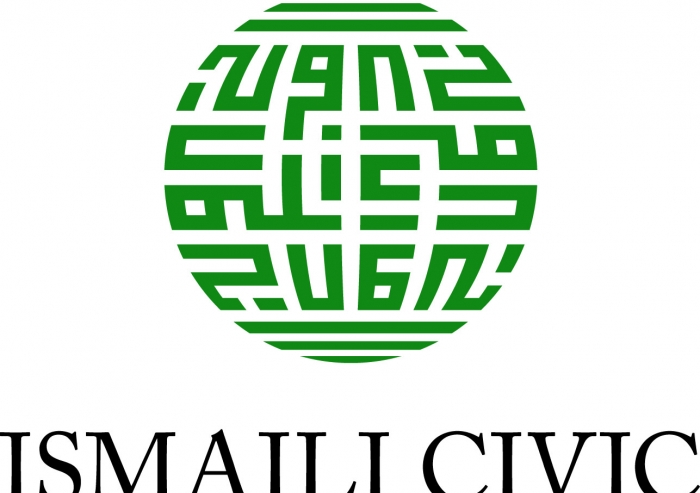 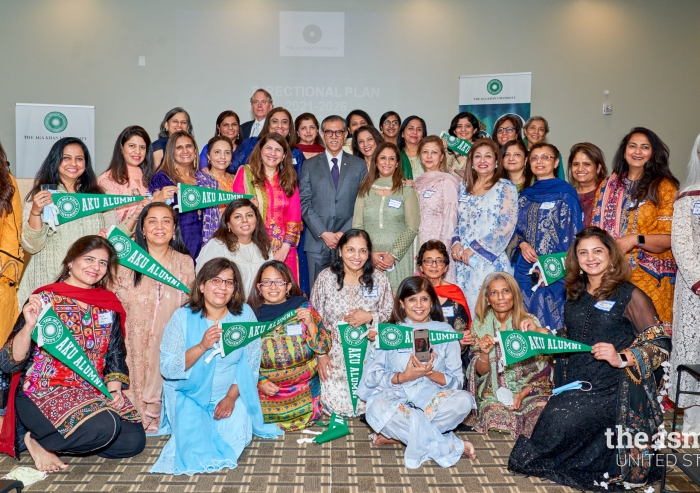