The National Jubilee Arts Festival in Los Angeles showcased 18 films of various genres including suspenseful thrillers and documentaries and themes ranging from hope and devotion to pursuing one’s dreams.

Filmmakers define their films with each decision they make. Their choice of actors, music, and tone resulting in a production that best evokes the emotions they wish the audience to feel and portrays the message they wish to convey. The National Jubilee Arts Festival in Los Angeles showcased 18 films of various genres including suspenseful thrillers and documentaries and themes ranging from hope and devotion to pursuing one’s dreams.

A Journey to Hope, a film by Farhan Bandeali, follows a young man’s reflective journey through the metropolitan cities of Brussels and Chicago. With winter evident in the air, he wonders to himself why he feels lonely—if he has a purpose. “Devotion can be the life raft which can deliver us from the depths of darkness,” a voice narrates in the background as the film transitions from the actor’s melancholy and leading to his epiphany. The narrator proclaims, “this is the winter of my life, but soon there will be spring.”

“Devotion comes in many forms,” explains Farhan, adding “through complete devotion we can lose our inherent preoccupation with our self—our own suffering—and truly rise above it to a state where we no longer have to suffer despite life’s struggles.” The film concludes with a quote from the Mawlana Hazar Imam: “The right to hope is the most important motivation I know.”

Maruf Noyoft is a Tajik film director submitted his film A Door to God in which he provides an in-depth look at how traditions and faith were kept alive by Ismailis in the Badakhshan region through an ancient instrument known as the rabob. “In Tajikistan, everything has a meaning,” says Maruf as he explains the significance of the shape of rubab. “It resembles a horse because it represents the teachings of Imam, and that the teachings are carried forward.” Rubab also means “door to God.”

In another interpretation of devotion by nine-year-old Zayaan Dadwani, Devotionally Yours, is a film created entirely with Lego pieces. The characters in the film are found lending a hand to others, praying at Jamatkhana, and serving the Aga Khan Development Network. The film creates a scene where lego characters are playing dandiya raas and a DJ is playing music.

Awareness, a film by Danish Alidino, serves as a call to action to its audience and focuses the lens on challenges faced around the world. Scenes from the film portray unrest in countries with discord, starvation and poverty in third world countries, and the negative consequences from the advancement of technology.  He explains “the first step to overcome any obstacle is to acknowledge it,” recognizing that a film cannot solve challenging issues mentioned in the film overnight. “Similar to a moment of silence, where individuals take a moment to be aware and pray, the call to action of this film is to be aware of our surroundings,” says Danish.

The films shown at the Jubilee Arts Festival differentiated themselves through the decisions of its filmmakers resulting in their own unique artistic expressions, yet also shared a commonality in that they were all conceived by inspiration. This inspiration created an atmosphere that was engaging and unforgettable for the audience, who had never before witnesses the filmmaking talent within the Jamat. 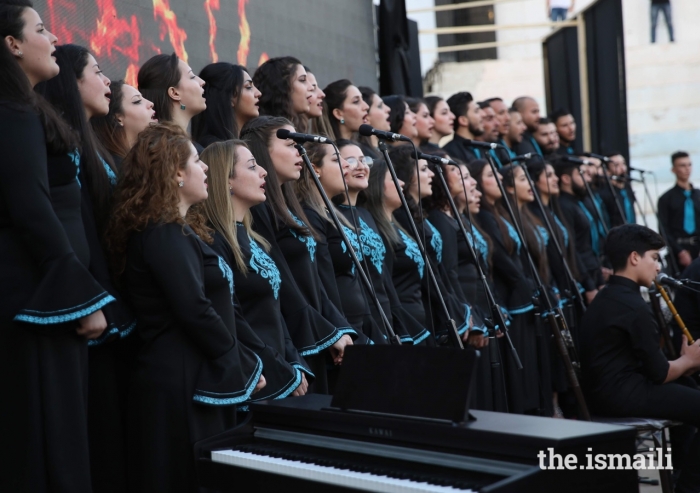