Skip to main content
The.ismaili > USA > Peace and Love with Music and Art
Previous Pause Next
Related Information
Shahid Qalandar performing one of his songs.

Muslims have been depicting devotion and prayer through music since before the 7th century, and Shahid Akhtar Qalandar is one to continue this tradition. As a young 12-year-old boy, his first memory of music and inspiration comes from watching his grandfather and grandfather’s brother play the rubab (a lute-like musical instrument) and sing qasidas after Jamatkhana ceremonies. Their audience was seated in their humble home, while they expressed their devotion through music. Unbeknownst to them, they captured the attention of a young boy who would soon make a difference in the way music is viewed in the Hunza Valley of Pakistan.

At that time in Hunza, the common sentiment towards music was unfavorable and was known as the ‘death profession’ for men. In fact, young men were often discouraged from music if they were not born into a family with a history of singing at weddings and events. Shahid was no exception. At the onset of his musical journey, he recalls being approached by locals who would ask, “You are from a good family, why are you playing music?” To them, his musical pursuits were considered a mark of disrespect. 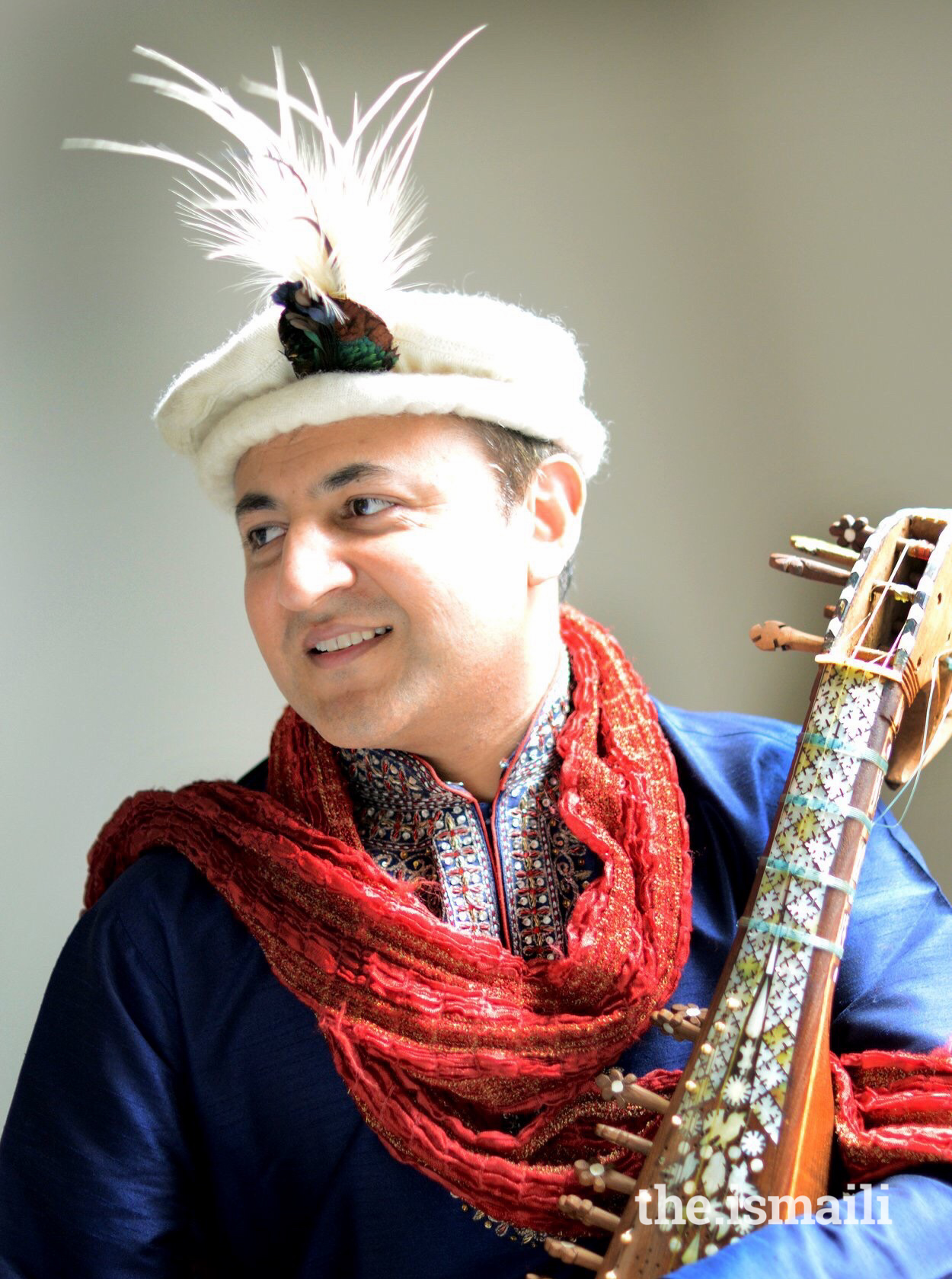 Inspired by faith, Shahid was not to be deterred. It was as if music regaled him to his own private concerto; so much so that he taught himself to play the rubab, learned musical notes, and created tunes for qasidas. His friends and family encouraged him with one rule: he was not to let his studies fall to the wayside. He persevered with music and his studies, and a few short years later he recorded his first album. This was not an album to be recorded behind glass studios with digital equipment, as there were no recording studios in the Hunza Valley. Shahid’s first album was recorded on a cassette tape that was eventually passed around so many times that he became well-known in the valley. With his love of and faith in music, Shahid broke down the stereotypes that had been present for so long in the musical profession.

While pursuing a career in music was challenging for men, it was doubly so discouraged for women. In 2007, Shahid invited a woman from the community to sing with him on his new album. The outcry from the community at this brazen move was devastating. Shahid was aware that there were cultural restrictions for women, but he couldn not understand why such a beautiful voice should be hidden from the world. He believed that music would be a fortuitous tool to break boundaries and bring an end to the archaic stance that women should not afford the same opportunities as men. Due to his courage and commitment to pushing boundaries, there is now a school in the Hunza Valley that allows both girls and boys, side-by-side, to learn and play music.

Even after such a rigorous journey, Shahid is far from being done furthering the development and creation of music. After moving to Little Rock, Arkansas, in 2017, he helped guide musicians from Hunza to perform at the Diamond Jubilee Arts Festival in Lisbon, Portugal. While he could not attend the performances himself, he was confident that his students would make him proud, and that is precisely what they did while enthralling the audiences. Shahid himself can be seen and heard performing Ali Guyam, Ali Juyam,” here (“I call Ali, I seek Ali. Day and night in my intoxicated heart, I call Ali, I seek Ali”).

In addition to Shahid’s musical endeavors, he is a professional interior graphic designer and studied at the Indus Valley School of Arts & Architecture in Karachi, graduating in 2008. His artistic talents include calligraphy, sketches, watercolors, and digital art – all of which are self-taught.

Shahid has many plans for the future. There is a buzz and talk of a new album and collaboration on the horizon. His fans anxiously wait to see what beautiful art he comes up with next.