This story in the International Women’s Day series describes a woman’s mission to raise awareness on Bioethics in Tajikistan, compelling society to re-examine traditional medical approaches, and adopt new ethical guidelines. In the process, patient rights were also strengthened.

“Since the beginning, the main focus of bioethics was not high technology but human subject protection.” Abrigul Lutfalieva. 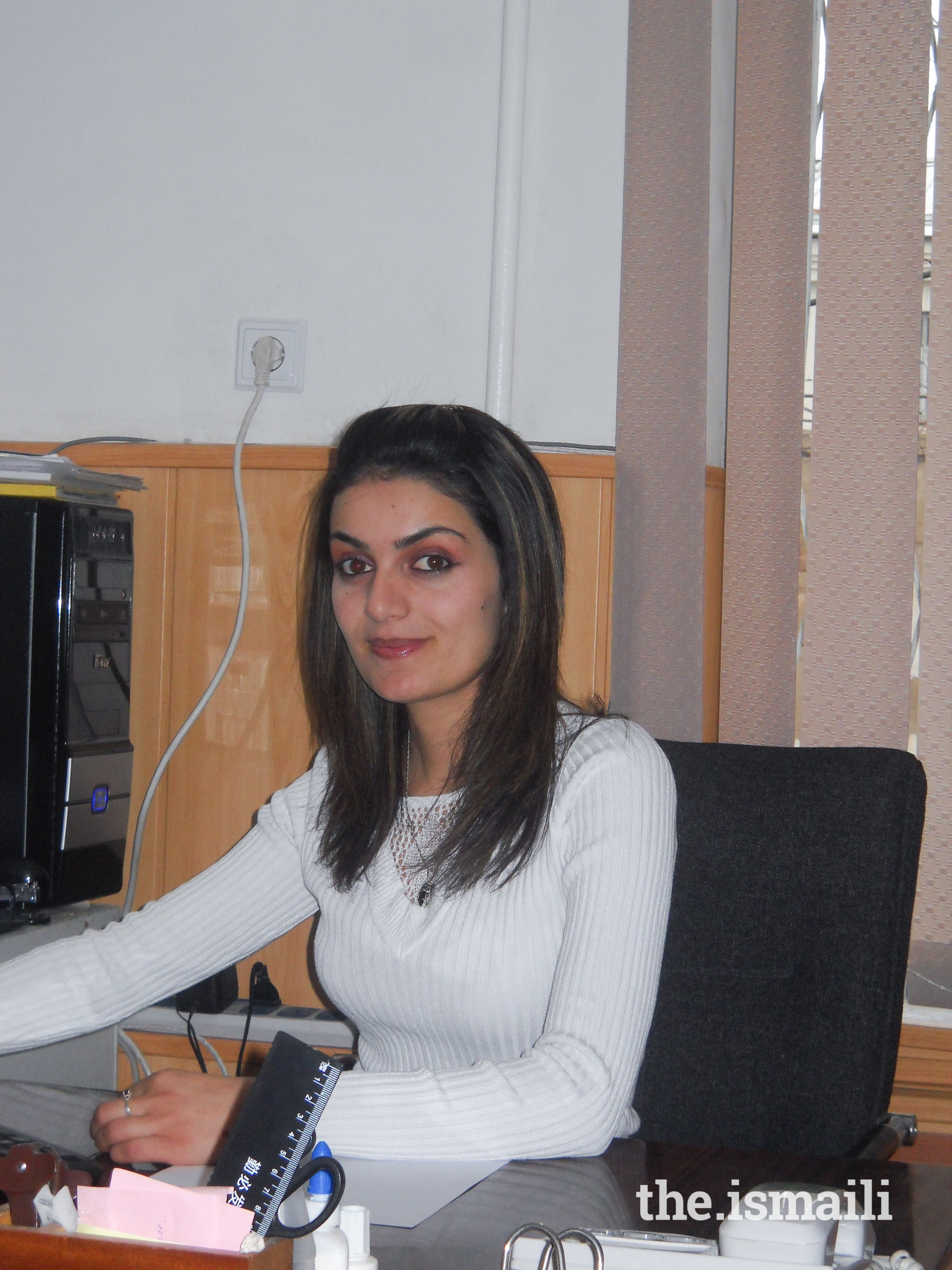 Abrigul Lutfalieva at the Tajik Academy for Sciences in Dushanbe, Tajikistan.

Abrigul Lutfalieva conducted a study on Islamic Ethics and studied biomedicine, bioethics, and the connection between the moral aspects of healthcare, humanity, and religion. Soon after, in 2008, and as a student at the Department of Philosophy at Khorog State University (KSU) in Tajikistan, she participated in the University of Central Asia’s (UCA) Aga Khan Humanities Project (AKHP) course that addressed the morals of society. These experiences helped her find her passion.

“I was absolutely impressed to learn about the new method of treating people while considering their social, emotional and spiritual being,” says Abrigul. “In post–Soviet countries, including Tajikistan, doctors have very limited interpersonal connections with the patients, outside general practice. Bioethics was a completely new concept to me and even some medical workers in Badakhshan,” Abrigul explains.

Upon graduation from KSU, Abrigul moved to Dushanbe and joined the Tajik Academy of Sciences as a researcher. That was the time when she found out that there was no national research program on bioethics and it was not even present in any medical school curriculum in the country.

“It was challenging but I started to search for international opportunities to learn more about this science,” says Abrigul. In 2009, she received a full scholarship for a Master’s degree in Bioethics at Case Western Reserve University in Cleveland, Ohio.

During her studies, she focused on in-depth research on the principles of biomedical research ethics in Tajikistan. Professors in the department were highly supportive, helping her to develop teaching materials on bioethics studies for medical schools in Central Asia. The department also allocated some funding to implement the pilot project to introduce a bioethics course at Tajik State Medical University (TSMU) in Dushanbe. The project was implemented through a local non-governmental organization, PRISMA Research Center.

Abrigul coordinated the project when she returned to Tajikistan. However, during the initial phase, her team came across a major constraint. “We had the program, agreements, and funding, but no professor to deliver the information, specifically on bioethics in English,” she recalls. TSMU has about 500 international students from 15 countries and Tajik, Russian and English are the main teaching languages there.

Since Abrigul was a bilingual scholar with experience in international bioethics and biomedicine studies, she volunteered to teach the course by herself. TSMU approved her appointment and the first-ever “Introduction to Bioethics” course in Tajikistan began.

“The course was a success. It was in high demand by students and each class was joined by additional students and professors from other departments,” says Abrigul.

In 2010, the Ministry of Health in Tajikistan also established the Council of Bioethics under the Tajik Academy of Sciences. The Council was joined by many professional medical scholars, professors, and practicing doctors, to raise awareness on bioethics and enhance the ability of health workers to further understand the patient as a whole person. 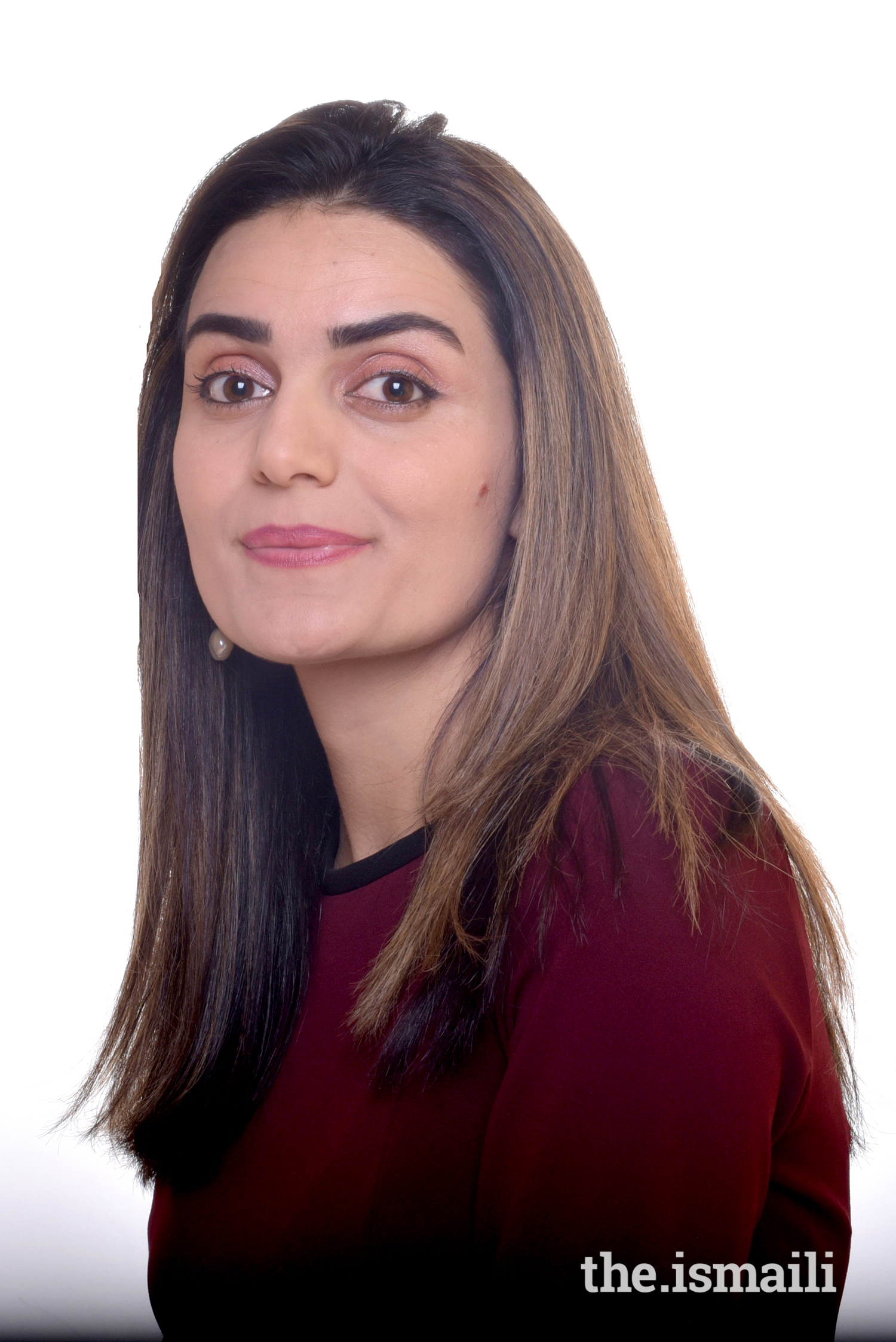 Currently, the demand for bioethical research is growing steadily in Tajikistan, taking into consideration concepts such as a patient’s health and legal rights, malpractice, and negligence, notes Abrigul. “Bioethics needs to be very proactive to analyze the progress in  life sciences, medicine, and biotechnology,” she says, and that we need to “develop ethical guidelines according to moral values and how to use them in different circumstances.”

Successful implementation of the bioethics project in Tajikistan and the teaching experience opened new opportunities for Abrigul to explore the field outside of the country. In 2011, she joined the Kazakh-German University in Almaty, Kazakhstan, as a Professor in Bioethics, participating in numerous international study programs and conferences in Europe and the United States. “It was a pivotal moment in my career to build connections, exchange knowledge, and build a network with international scholars,” remarks Abrigul.

Abrigul then joined the United Nations’ Global Bioethics Initiative (GBI) in New York, a program dedicated to fostering public awareness and bioethical issues around the world. She created opportunities for scholars from Central Asia and other third world countries to participate in the GBI annual summer programs. The focus was to learn about the important ethical, philosophical and social problems in the healthcare system and learn to research methods by international standards.

Continuing to promote bioethical studies, even among the Ismaili Jamat members, is Abrigul’s mission. Additionally, three more scholars from Tajikistan have completed their graduate studies in bioethics from Case Western Reserve University.

Abrigul is now conducting an in-depth study of Bioethics in Classical Islamic Philosophy, with special attention to Ibn Sina’s concept of the elements in his medical work. Aside from her academic initiatives, Abrigul is also an active Jamati member serving as an Early Childhood Development teacher at Edison Jamatkhana in New Jersey.