Imam Ali's (a.s.) letter to Malik al-Ashtar, the newly appointed governor of Egypt, provides details about the ethics of governance. It outlines the duties and responsibilities of rulers, as well as of institutions of society such as the judiciary, army, and the market.

According to the letter, a key responsibility of the ruler is to advance the quality of life of his subjects – otherwise, he can neither attain their goodwill, nor be viewed as legitimate. Imam Ali notes,

Be aware that nothing so effectively engenders the governor’s confidence in his subjects than his virtuous behavior towards them, his relieving of their hardship, and his refraining from compelling them to do what is beyond their power. 1

With respect to subjects under governance, the Imam guides al-Ashtar to infuse his “heart with mercy for [them], love for them and [show] kindness towards them. Be not like a ravenous beast of prey above them, seeking to devour them.” 2

Imam Ali suggests that al-Ashtar surround himself with people who are pious and keep his distance from sycophants. Particularly relevant to the present moment is Imam Ali’s guidance on the welfare of the citizen-subject:

But what does it mean to care for citizen-subjects? Here, an incident narrated by IIS scholar Reza Shah-Kazemi, in his book, Justice and Remembrance, is instructive. According to Shah-Kazemi, Imam Ali once came across an old, blind beggar and inquired about him. He was told that the beggar was Christian. He told those around him, “You have employed him to the point where he is old and infirm, and now you refuse to help him. Give him maintenance from the public funds (bayt al-mal).” 4 In other words, the state has a responsibility to create systems, programs, and policies to support those who are in need, regardless of their caste and creed.

This does not mean that citizens have no responsibility. Indeed, Mawlana Hazar Imam has identified civil society as a space where, through civic action, citizens can fill the gaps that are left by the state. The state, however, continues to have a key role in influencing the lives of individuals. Indeed, not caring for the poor, according to Imam Ali, can lead to the devastation of a country. He said, “The devastation of the land only comes about through the destitution of its inhabitants; and the destitution of its inhabitants only comes about when the desire to amass wealth rules the souls of the governors…” 5

The words of Imam Ali could not have rung truer today. The position of a citizen-subject is powerful in a democracy where through our voices and actions, we can influence the course of the state. In particular, by advocating for care and support for the weak, the poor, and the marginalized, as the Qur’an underlines and Imam Ali so forcefully addresses, in the contemporary context, we can exercise good citizenship. 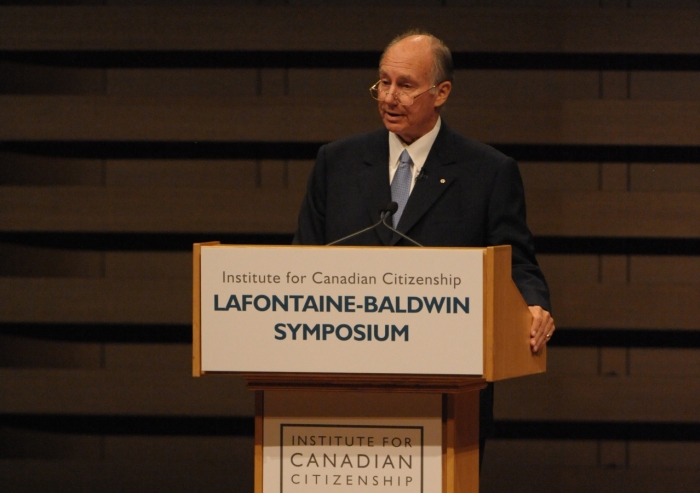 Finding the Sacred Within and Around Us