Skip to main content
The.ismaili > USA > Exploring Mars and Seeing it through the Eyes of a Helicopter
Previous Pause Next

“Mars tugs at the human imagination like no other planet. With a force mightier than gravity, it attracts the eye to the shimmering red presence in the clear night sky...” - Author, John Noble

Mars, the second smallest planet in the solar system after Mercury, was named for the ancient Roman god of war because its color resembles that of blood. It has intrigued humanity since ancient times, and since 1975 we have been able to land on the Red Planet and examine its landscape, robotically and virtually.

Instrumental in NASA’s latest Mars mission is Farah Alibay, Perseverance Tactical Uplink Lead and Ingenuity Integration Lead for NASA’s Jet Propulsion Laboratory in Pasadena, California, where the mission is monitored and activities programmed. The latest Mars rover is named Perseverance, and the helicopter it controls to hover over the Martian landscape is named Ingenuity, named after a competition that selected this name offered by Alabama student Vaneeza Rupani.

Perseverance will collect rock and sediment samples for analysis, search for signs of ancient microbial life, examine the planet’s geology and climate, and pave the way for human exploration. Ingenuity is the first powered aircraft to fly on another planet.

Farah’s job is to plan and coordinate each day’s activities for Ingenuity and Perseverance, working with a team of engineers who have to program the Rover which then sends commands over to the helicopter.  Essentially, she writes the daily to-do list (in the form of a computer program) for both the rover itself and how it interacts with the helicopter.
While she does not actually write the commands that go to the helicopter, Farah describes her role on that part of the mission as a “choreographer who ensures that the dancers are at the right place at the right time for the music.” A description much more modest than the reality of this stressful task, where she has to work according to Martian time and often be up in the middle of the night to begin a day’s work, depending on the Martian orbit.

In June 2021, the team behind NASA’s Ingenuity Mars helicopter was named the 2021 winner of the John L. “Jack” Swigert, Jr. Award for Space Exploration by the Space Foundation.

So how did Farah land this exciting assignment of a lifetime? 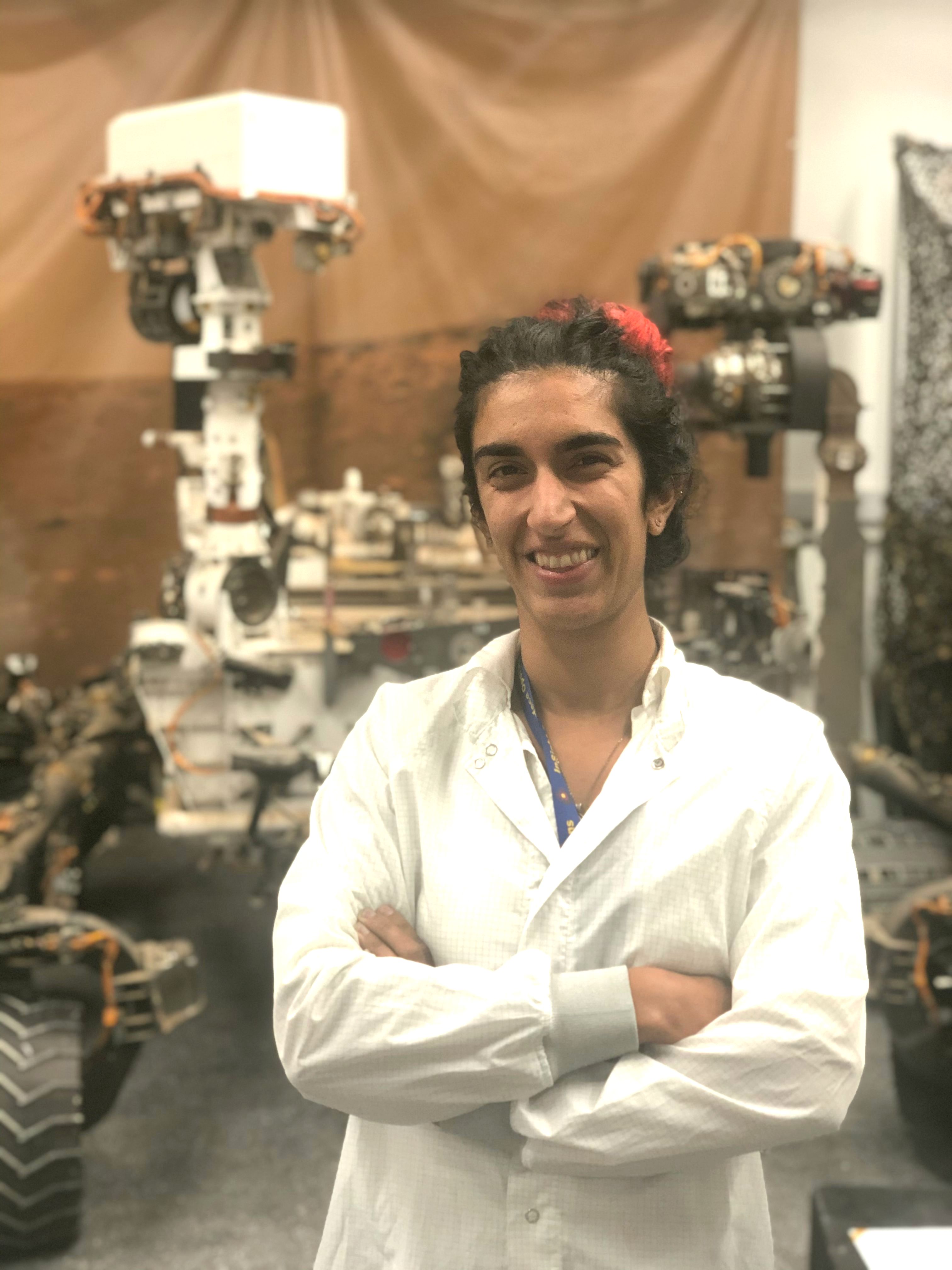 
Farah’s family migrated to Canada from Madagascar, and she grew up in Montreal and the UK. Always fascinated by how things worked, she tinkered by helping her father, and often took things apart to see how they worked. She loved watching Star Wars, Star Trek, and the Apollo 13 movie. She was interested in how Julie Payette became the first Canadian astronaut, and how Mae Jemison became the first black woman to travel into space, aboard the space shuttle Endeavour. “If these women can do this,” she thought, “I can have a career working in space.”

Farah must have also heard astronaut John Glenn’s advice for youth: “The most important thing we can do is inspire young minds and to advance the kind of science, math and technology education that will help youngsters take us to the next phase of space travel.”

Aerospace was, and still is, a male-dominated field, and Farah’s counselor at high school tried to dissuade her from taking this path, suggesting instead fields like medicine or teaching. She took this as a challenge and studied aerospace and aerothermal engineering at Cambridge, going on to MIT for her PhD in space systems engineering. To this day in the United States, only 22% of engineering students are women, a statistic that Farah hopes to help change.

Says Farah, “I learned how to be the only woman at the table. I made it a strength rather than a weakness, as I stood out with my accent, skin color, gender, and colored hair when making comments, and people remembered me when I did a good job.” Her journey echoes the words of astronaut Julie Payette: “The reason I grew up believing in myself and that I could achieve anything I set my mind to, regardless of my gender.”

The future in Space 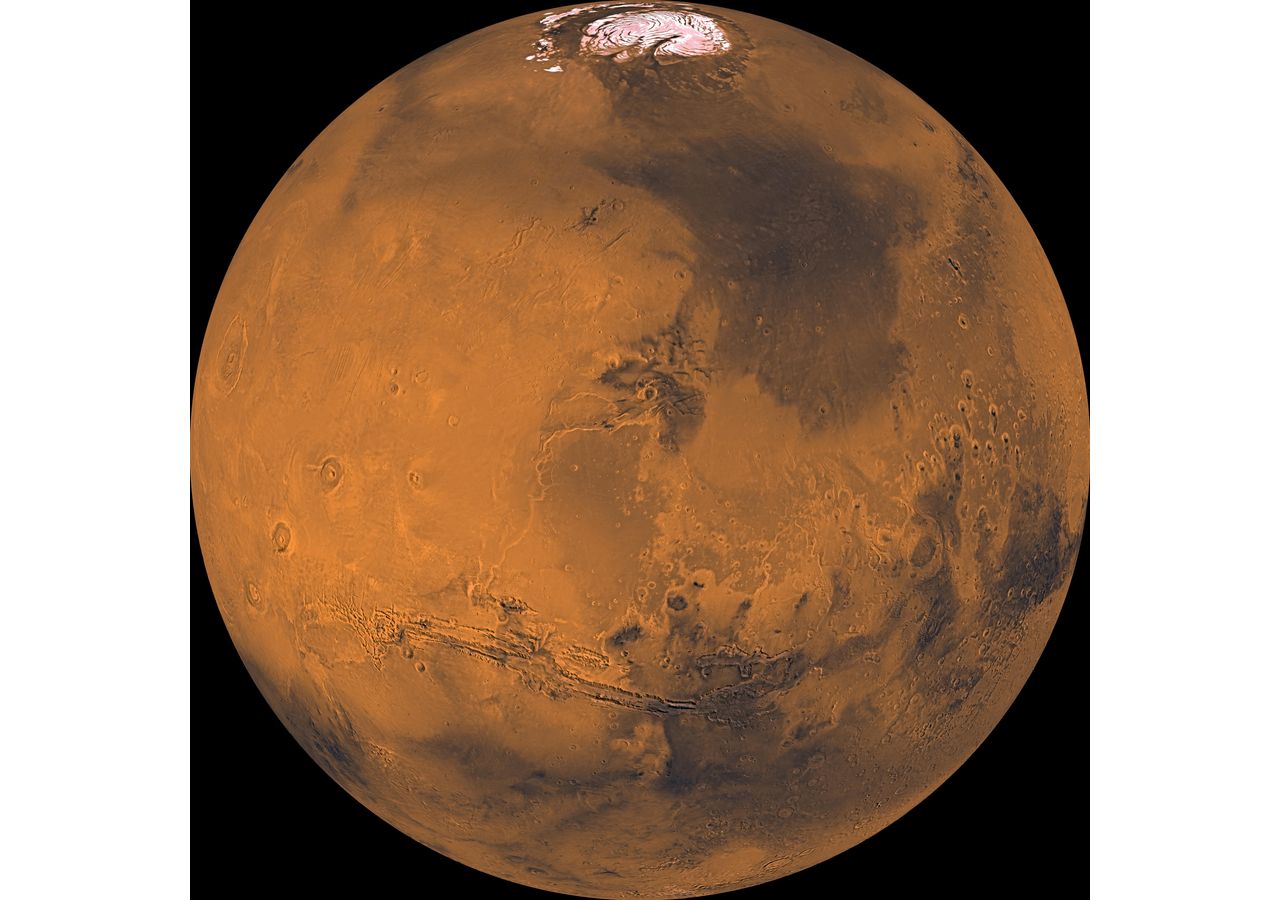 An image of the planet Mars taken by the Viking Orbiter.

Asked about the possibility of life on Mars, Farah states that, “We believe that about two billion years ago, Mars used to look like Earth. At that time on Earth, we know that microbial life was widespread. Therefore using that as an analogy, we are looking for signs of ancient life on Mars.”

As for interplanetary travel, Farah is not excited about living on the Moon or Mars. “These are inhospitable places,” she remarks, as the average temperature on Mars is minus 80 degrees Fahrenheit; but, she adds, “I grew up wanting to be an astronaut, so I would love to go to space, explore other moons and other planets. Ultimately though, Earth is our home and there’s really no place like home.”

People are now recognizing the “state of the Earth and the planets,” notes Farah with a warning. “We must all realize how fortunate we are to be living on this planet; we need to address climate change and take care of Earth as it is a very special place.”

Physicist Stephen Hawkings suggested humans must leave the Earth to colonize other planets within 100 years, as he believed a catastrophe such as a massive asteroid might collide with the Earth, or climate change, nuclear war or viruses may destroy life on Earth. However, space colonization still seems to be far in the distant future. 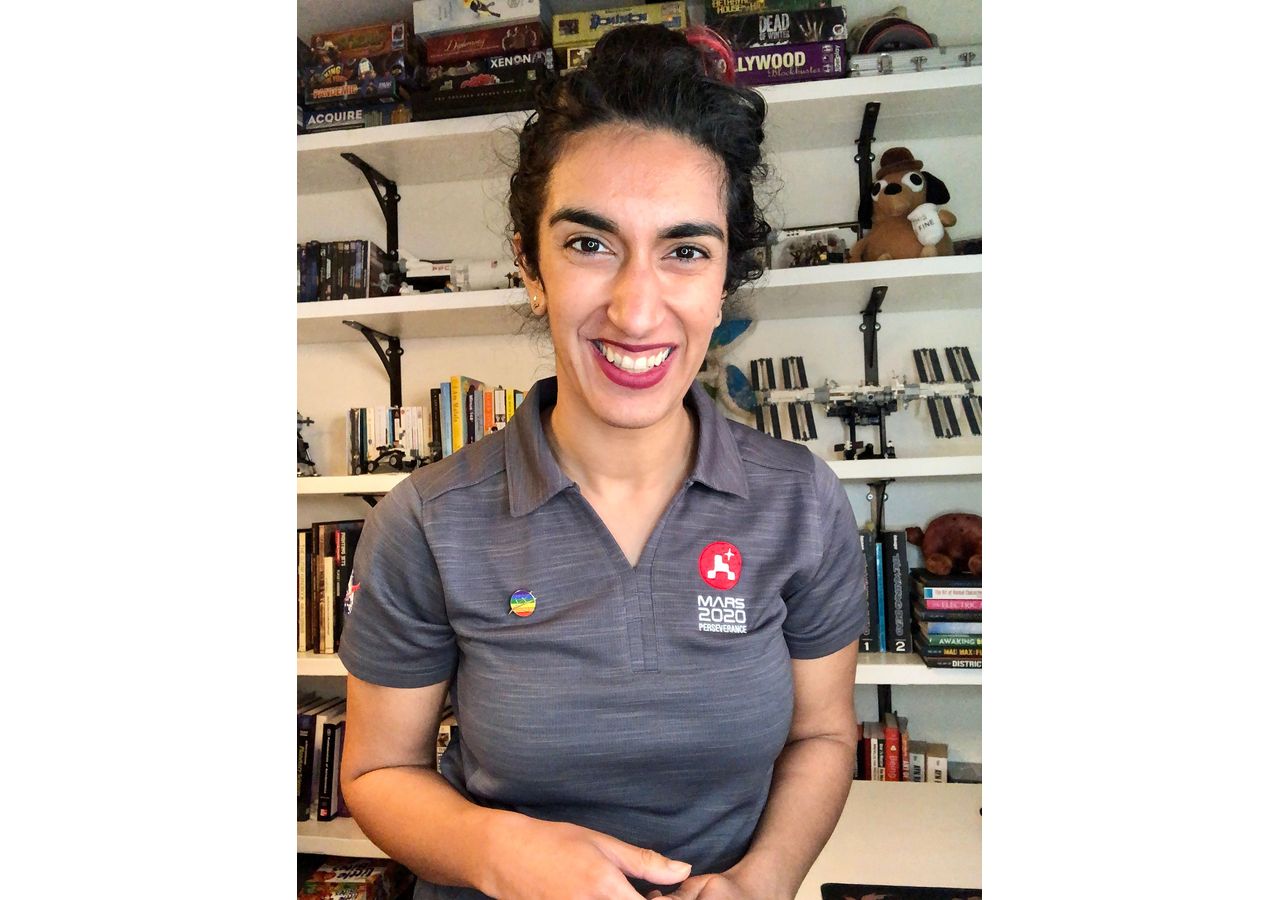 
Farah has useful advice for students contemplating their university studies and careers. “Whenever you walk into a library or a bookstore, what section do you gravitate to?” she says. “What subject excites you? Find what that is that you have a passion for and then go learn as much as you can about it, go pursue that path. Do not let society dictate what you should or shouldn’t do. The journey will take time, and it won’t be without failure, but in the end it’ll be worth it because you’ll be living your dream.”

Experiencing rejection was also part of Farah’s learning and eventual success, stating that she has lost count of the number of times where “I was turned down for a job or an internship, where I failed a test, or where I simply didn't see anyone that looked like me in a room, and felt like I didn't belong. All of these failures and insecurities still happen today, even now that I'm established in my job. But each time, I picked myself back up, I tried again.”

Aptly named for the Mars rover and her own life, Farah has shown both perseverance and ingenuity in following her passion to success. She is the embodiment of this spirit, taking her own advice and finding her place, both on Earth and in the cosmos. When not focused on landscapes and rocks in space, she is firmly grounded on terra firma, hiking, mountaineering, climbing, backpacking, and enjoying the California outdoors. 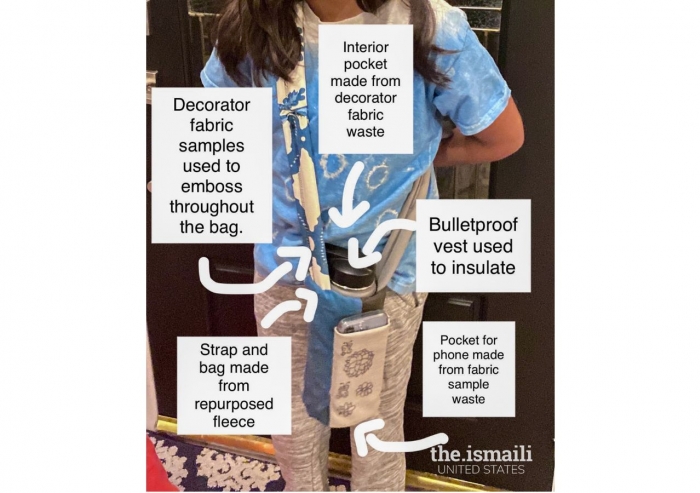 Jamati members at the Summit of the Americas