Skip to main content
The.ismaili > USA > Diversity and Leadership in the Workplace
Previous Pause Next

“Women-owned companies are responsible for creating 2.2 million jobs across the nation. They are more and more present in leadership positions as founders, executives, and corporate board members," says Farzana Nayani. Despite these achievements, she believes more needs to be done through “workplace infrastructure and policies that engage and promote belonging for women, as opposed to a culture of traditionally excluding and holding back women.”

Everyday reality is bittersweet when it comes to gender equality in the workplace. In recent times, we have made great strides as more women than men graduate from college and graduate school, and nearly equal numbers of American women and men now go into medicine and law – fields traditionally considered a man’s domain.

While there have been improvements, it is still a man’s world when it comes to leadership positions and high-paying jobs in cutting-edge companies. According to a 2015 Dow Jones study, only 4% of Fortune 500 Chief Executive Officers (CEOs) are women. The US Census Bureau reports that women earn 80 percent of what men are paid on average, comparing all jobs, but other studies indicate that the gap is far less when comparing the same jobs, a much better situation than in years past.

Why Diversity and Inclusion?
Diversity and inclusion have a direct effect on an organization’s bottom line. A more diverse workforce fosters greater creativity and is critical for innovation. Companies with higher levels of gender diversity and with policies and practices that focus on gender diversity are linked to lower levels of employee turnover. Organizations ranked highly on Fortune’s "World's Most Admired Companies" list have twice as many women in senior management than do companies with lower rankings. Also, mixed-gender boards have fewer instances of fraud.

“The idea of ‘diversity for the sake of it,’ is something that is not motivating - or we would have had more progress by now,” says Farzana. “There are clear impacts of inequitable practices and systemic oppression that each of us needs to actively work towards overcoming, and the benefit is success by companies and institutions that can recognize the power, talent, and expertise that women can bring. This is the value proposition,” she adds.

Farzana has also designed and delivered Unconscious Bias workshop sessions on behalf of the Ismaili Council for USA, in partnership with ITREB to our institutional leaders. These workshops addressed how we can create more inclusive environments for our children and fellow teachers.

Coming from an interfaith family, Farzana credits guidance from the Ismaili faith as the foundation for how she approaches diversity today, saying, "It is the teachings about pluralism and the ethical values that I uphold and that drives my perspectives on diversity and inclusion.” She adds, “Also, my early experiences teaching women sports at the Aga Khan University Sport and Rehabilitation Centre when it first opened in Karachi, reinforced my commitment to global understanding and the empowerment of women, in all aspects of life."

Farzana was one of the speakers at the Diamond Jubilee Alliances Conference in 2018, joining others in a TED Talk style session on "The Power of Possibility: Journeys of Women in Leadership." She shared her origin story, how she left the workforce to found her own consulting company, and shared personal aspects of how she has balanced life as an entrepreneur.

What Can Companies Do?
As of March 2015, 70% of mothers with children under 18 were part of the U.S. labor force, up from 47% in 1975; yet, corporations lag behind in creating workplace support policies such as paid family leave, child care assistance, flexible working hours, etc. Farzana points out, women tend to "'dull their spark,' in order to not stand out because there are no other female role models in the arena,” and that companies should address these issues.

Farzana counters the perception that companies need to “lower the bar” when hiring for more diversity and that they should "cast the net wider, seek sources in places that a company hasn't traditionally gone. There are many underrepresented, talented people in our workforce that do not have access to social capital, a legacy of education, and generational cultural goodwill that has been passed on. This systemic inequity continues to exclude women and other underrepresented groups."

Analysts say that adjusting everyday norms can prompt change. There remains a huge gap in pay equality and gender equity with regard to roles and responsibilities within an organization. “Men can be the biggest allies, advocates, accomplices, and champions to supporting women in the workplace. This can be by noticing inequality, and actively interrupting it,” says Farzana.

Possible solutions to gender inequality in the workplace include, more job flexibility, men on family leave, job-sharing options, noting sexist language, using networking, solid child care choices and behavioral nudges. Each individual in the workplace, particularly those in leadership positions, need to be more proactive in recognizing and lifting talented women. A diverse team can lead to more innovation, productivity and overall success.

Farzana's advice is: "We must not settle to be the 'only.' Lift others as you rise. Let's not be an exception but become the rule. This creates true belonging and societal betterment, for all.” 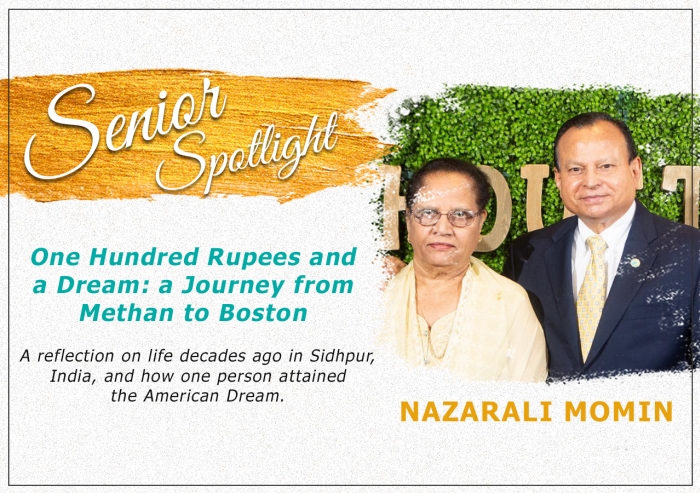 One Hundred Rupees and a Dream: A Journey from Methan to Boston 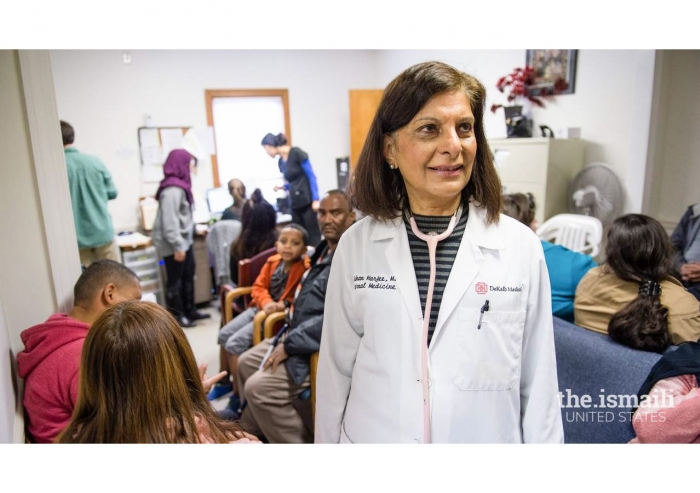