The Ismaili Council for the Northeast and the Boston Society of Architects (BSA) hosted a panel discussion exploring the history and significance of the Aga Khan Award for Architecture (AKAA). The standing-room-only event on October 4, 2018, closed out a three-month exhibition of “Design for Diversity” at BSA Space which highlighted the winners and shortlisted works from the 2014-2016 cycle of the AKAA.

While there are many prestigious awards in the field of architecture, the AKAA is distinct from other accolades because it prioritizes social impact and focuses on the non-Western world. Established by Mawlana Hazar Imam in 1977 as a program of the Aga Khan Trust for Culture (AKTC), the triennial award is granted to projects ranging from slum upgrading to high rise “green” buildings. They not only celebrate architectural excellence but also improve the overall quality of life of their surrounding communities in which Muslims have a significant presence.

Khalil Pirani AIA, a senior architect at Kleinfelder, moderated the panel and guided the discussion of several topics, including what distinguishes the AKAA from other awards, the contributions of the award to the field, and how it has impacted the work of practitioners here in Boston. Key themes from the discussion are highlighted below.

Rahul Mehrotra, Professor of Urban Design and Planning at the Harvard Graduate School of Design and principal at RMA Architects, shared his perspective as a former Steering Committee member, in the 2011-2013 award cycle. In addition to considering trends in architecture and design, the committee takes a broad outlook and deliberates on macro-level trends in global development. For example, in more recent award cycles, urban planning was included to recognize the important role it plays in shaping public spaces, along with architecture.

“The AKAA starts to redefine architecture,” panelist Mary Anne Ocampo, a principal architect at Sasaki said. “It’s about the built environment and societal impacts from that. It starts to include landscape, planning, historic preservation,” as well as the “invisible” actors like government agencies that “we take for granted in some cases…”

The AKAA was originally named the Aga Khan Award for Islamic Architecture. Architects in early cycles of the award often quoted excerpts from the Qur'an and tried to demonstrate how their design exemplified the text. One evolution resulting from the  award, according to panelist Nasser Rabbat, is the move away from the “one-to-one” attempts at translating the Qur'an into the built environment towards “[ultimately discovering] in Islam the universal values that are shared by all other philosophies...by saying ‘these are shared values’ rather than just Islamic values…” Rabbat is the Aga Khan Professor of Islamic Architecture at MIT and a current AKAA Steering Committee member.

Technical Review: The “most innovative and most lasting effect of the  award”

Another unique element of the award is the technical review which is integral to the selection process. Technical reviewers are conduct site visits on projects outside of their region (to prevent bias) and are tasked with speaking with the architects behind the project as well as users, consultants, and peer architects from the region to gain a varied perspective on the project and its societal impact. “Architecture should be judged not [just] by the architects and critics but by the people who use it,” stated panelist Hasan-Uddin Khan, Distinguished Professor of Architecture and Historic Preservation at Roger Williams University and a founding contributor to the AKAA.

The technical review also creates a base of scholarship about architecture in the Islamic world that is unlike any other. Nasser Rabbat believes the technical review is “the most innovative and most lasting effect of the award,” and the archival material about architecture in the Islamic world produced through them over the last half-century has “no equal.”

Impact of the AKAA on Local Discourse and Practice

Practitioners on the panel gave the audience insight into how the AKAA has impacted their own work. Panelist Jenny Elkus AIA, an architect at Elkus Manfredi Architects who has worked in the Muslim world, also stressed the importance of listening to clients and being mindful to not assume anything or impose one’s own interpretation of cultural or religious beliefs - a lesson that applies universally no matter where an architect may be practicing. She shared: “You think, as an architect, do I want to win a beauty pageant? Is that the kind of project I’d like to do? Or would I like to change the world that I live in? And that's the discussion for us in Boston, of how the Aga Khan Award has affected our profession…”

Mary Anne Ocampo, Lecturer of Urban Design at MIT and Principal at Sasaki Associates, finds inspiration in the diversity of projects highlighted by the award as well as the participatory process that produces such creative solutions: “It’s a call to arms in a way that we are impassioned and want to participate in the world we are building, and reflecting the values of the things that we care about and the people we work with is something that I see in these awards.”

Panelists stayed after the event to meet and greet attendees, such as Saad Rajan, a student at the Harvard Graduate School of Design. “[The] AKAA inspires a new breed of architects and designers from around the world who are conscious about the type of work they do and who are the real beneficiaries of their designs,” he commented. “It was incredible to meet some of the key members of the award Committee who are thought leaders within their own fields and have been active members in shaping the award of the last few decades...By profiling the award in Boston, the message of the award and its values were reinforced within an incredibly important part of the global design ecosystem.”

This panel discussion highlights the significance of the AKAA and interest in the 2019 awards cycle, for which 20 short-listed nominations from 16 countries were announced on April 25, 2019. 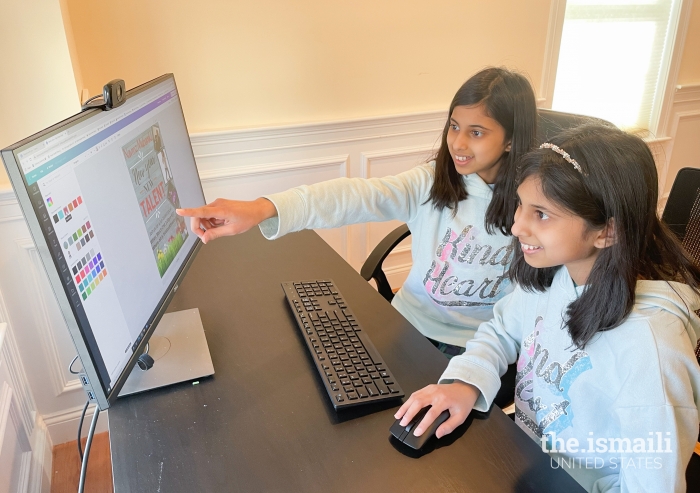