Stacey Abrams, a New York Times best-selling author, entrepreneur, and nonprofit CEO discussed several barriers to economic prosperity in communities, including civic voice, healthcare, education, affordable childcare, and a lack of opportunities for the youth. The town hall format brought together future Ismaili leaders from the southeastern region who asked questions to Abrams on the census and the importance of voting, as well as seeking her leadership advice.

Ms. Abrams is a civic leader and founder of many organizations dedicated to voting rights, training, and hiring young people of color. She is the first African American female gubernatorial nominee for a major party in the United States. Her organizations including the Southern Economic Advancement Project, are committed to civil society and overcoming racial and economic equality barriers.

Ms. Abrams expanded upon the challenges of community barriers to economic prosperity in the South that are primarily associated with poverty, lack of health insurance, healthcare access, and low wages. Furthermore, she shared her perspectives on access to healthcare, especially with the current COVID-19 economic challenges. 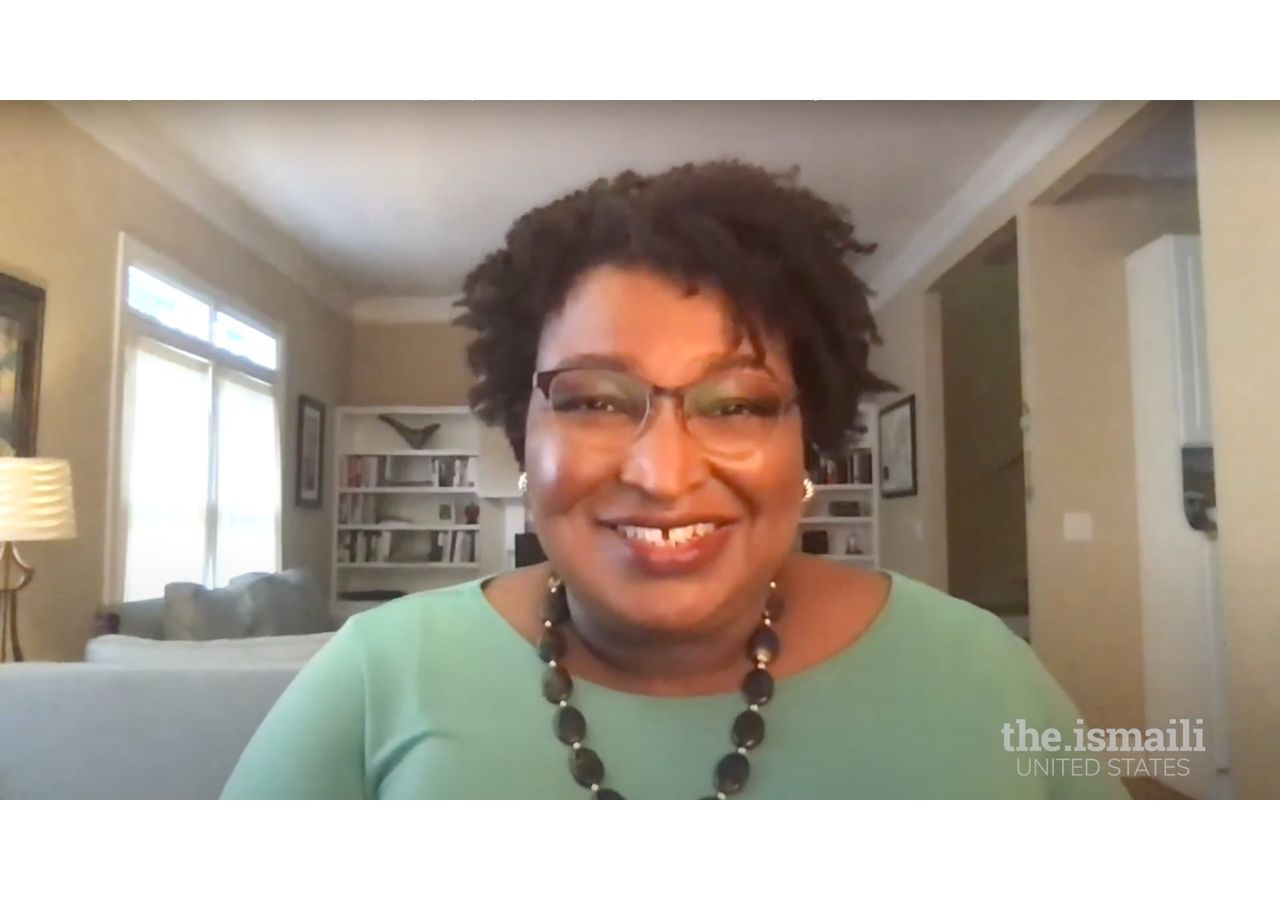 Screenshot of Ms. Stacey Abrams at the Ismaili Jamatkhana and Center virtual program.

Ms. Abrams explained the need for everyone to participate in the 2020 U.S. census since it provides the data that impacts communities for the next decade. The census results help allocate billions of dollars of federal funding to communities across the nation that are utilized for hospitals, schools, parks and recreation, and other critical services. Therefore, the census count, which has occurred since 1790, gives individual economic and political power; however, communities that do not participate in the census survey fail to receive available resources and federal funding for ten years. She added, "adequate resources are missed out due to inaccurate count, which is mainly due to under participation," hence, it is critical to participate in the census.

Also discussed was the value of leadership that empowers community engagement by working together to solve issues. Regarding civic leadership, voting questions, and why people do not vote, Ms. Abrams explained that people do not vote for various reasons; however, as civic leaders, she believes it is our responsibility to explain the importance of voting. Voters must understand that issues do not resolve overnight, but is a slow, progressive process towards the necessary change.

In the end, on questions regarding giving back to society and self-realization, Ms. Abrams encouraged every young person to have "great ambition" and "do not go alone," because the partnership is necessary, and it matters because it makes you stronger. 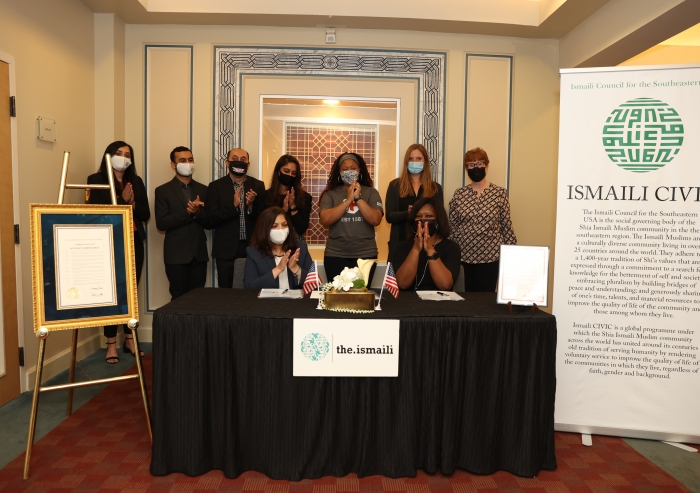 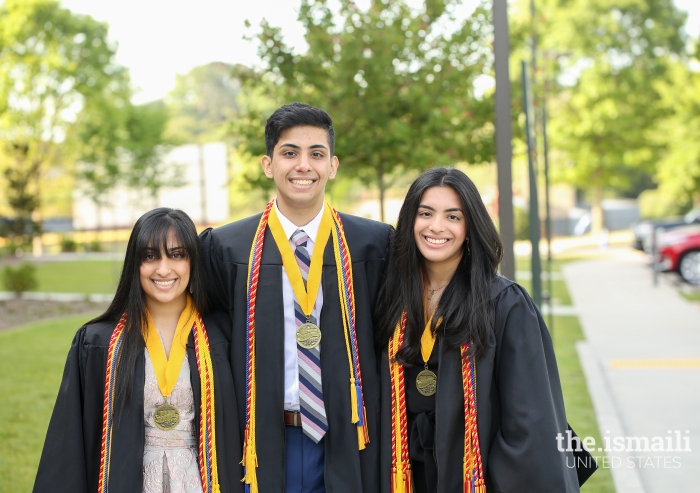