The first item on the City of Sugar Land’s Council meeting agenda on February 6, 2018, was the recognition of the Ismaili Muslim I-CERV volunteers for receiving the Points of Light Foundation’s Daily Point of Light Award for their volunteer work related to Hurricane Harvey.

Sugar Land Mayor Joe Zimmerman commented, “The volunteers from the Ismaili Community Engaged-in Responsible Volunteering (I-CERV) have been active for many years. However, 2017 marked a particularly challenging year for the Houston area, and I-CERV rose to the occasion in remarkable and noteworthy fashion.”

These efforts led to I-CERV being recognized by the Points of Light Foundation for the Ismaili Muslim community’s voluntary service in the aftermath of Hurricane Harvey. This award was accepted on behalf of I-CERV by the Ismaili Council’s President for the Southwestern United States, Murad Ajani, at a ceremony presided over by all five living former presidents of the United States.

Mayor Joe Zimmerman also recognized the prolonged civic engagement efforts of the Ismaili community, “From the time I’ve been in elected office, we have seen time and time again, the Ismaili community give their time and resources to those who are hurting or those that have a particular need. It’s significant because that’s what makes Sugar Land what it is. The Ismaili community has always participated at the highest level.”

Sugar Land Council member Bridget Yeung, who nominated the Ismaili community for the City Council recognition, commented: “I am so proud by the national recognition that the Ismaili community has brought to the City of Sugar Land through the Points of Light Award. When I heard about the amazing work that you all did during Hurricane Harvey, I wanted to learn more. I know that for the past five years the Ismaili Center has been a place for discussion and engagement and volunteerism. Your programming and other efforts enrich the lives of those in Sugar Land and surrounding area.”

President Murad Ajani of the Southwest Council remarked at the conclusion of the event: “Today’s recognition of service and work that Ismaili volunteers have done in and around Sugar Land is a great honor. It is the ethic our religion to serve those in need and to seek out ways to lend a hand in whatever way we can. It is a privilege to be a part of such a tightly knit and supportive community. Thank you for this recognition and your partnership.” 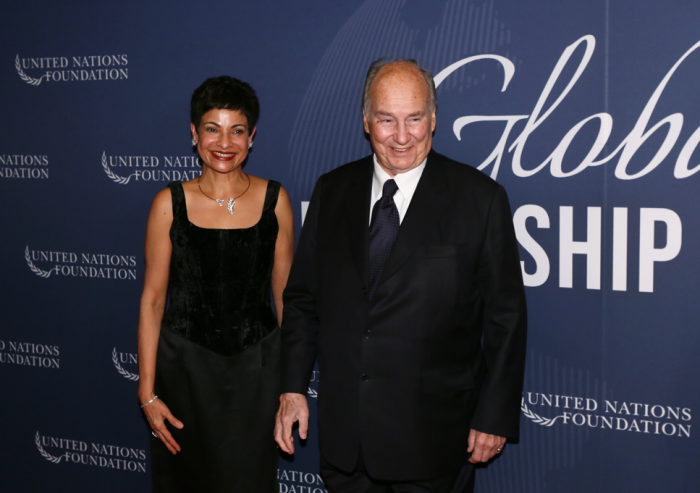