Skip to main content
The.ismaili > USA > Bringing some Joy during the Holidays
Previous Pause Next

“Anwer is the kind of person who sees a need and he finds a way to fill that need,” Said Mayor Steve Little of Marion, NC, during a dinner for the Sheriff and Police Departments, and First Responders, hosted by Anwer Gillani in 2016. 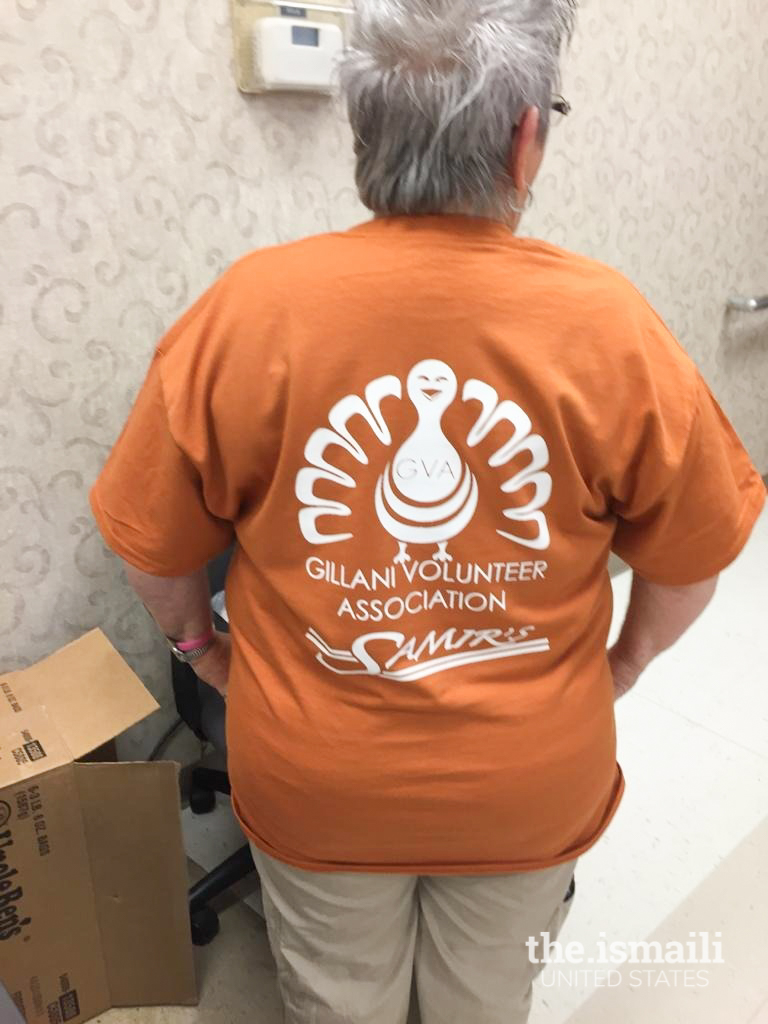 A volunteer wearing the T-shirt of the organization founded by Anwer Gillani.
The.Ismaili

Helping the needy is a tradition in Anwer Gillani’s family, beginning with his late brother feeding the poor in his native Bangladesh over four decades ago, during Eid al-Adha. Anwer has continued this tradition in his adopted McDowell County, NC, where he moved in 1982 with $200 and no roof over his head. He began his career at a clothing store downtown. After getting married, his focus became more towards his faith, as he served in various leadership positions for the Jamat. He now owns several grocery and convenience stores.

Feeding the hungry on Thanksgiving Day was a program that was initiated in the kitchen of Anwer’s convenience store in 1995. The number of meals served has grown from 150 to over 3,500 by 2019. He founded the Gillani Volunteer Association 25 years ago, which now has 75 volunteers, including some from the Jamat, who cook and package food for seniors and others unable to enjoy a traditional holiday meal. Almost 80% of all expenses are covered by Anwer, with 20% of the charitable donations being raised by local businesses, and churches. The police, sheriff and fire department help to deliver the meals.

Gratitude for being able to serve is a sign of humility, as Anwer says, “I have done well and have been blessed, so giving back to the community is an opportunity for me to share the wealth among those who were there for me when I needed help most.” As far back as 1996, when there was a severe blizzard in Marion, Anwer told the sheriff to come to his store and take as much water, milk, and diapers as needed to help the community. He has been a supporter of North Carolina’s Foster Children’s’ program, where he has arranged new clothes for children, offered interest-free loans, provided clothes during Christmas for those who need them, and once donated fans to a local school that was about to send students home due to excessive heat.

Anwer is grateful to his wife Nasim and his late brother for being a source of inspiration, as well as his deep ties to his faith that enable him to continue his tradition for service and charity with a purpose—making a difference in his community and extended family.

Although he never seeks recognition, Anwer and his Gillani Volunteer Association have been honored by the Marion City Council, and he was named Citizen of the Month in November 2019. He was made Honorary Co-Chairman for the Business Advisory Council, and presented with a National Leadership Award. In addition, Anwar has also been a recipient of Duke Power Award recognizing his citizenship and service, and he was selected as Grand Marshal during the Christmas Parades by the cities of Marion and Old Fort—an exceptional honor that befits his tradition of serving his community, especially during the holidays, by bringing some joy to those who need it the most.