The arts and culture realm represents an area where people can come together to share and experience even if they see the world in radically different ways. Art also encourages us to cherish intuition, uncertainty, creativity and to search constantly for new ideas to express oneself—like Ghena Ezzo, who moved to the United States from Syria, searching for new ideas and opportunities, creative film-maker, Parastu Aydarsho from Tajikistan, and writer Shahnaz Naemi, from Iran. All three have different backgrounds, cultures, languages, and traditions but what unites them is art, in different forms and shapes.

Ghena studied sculpture in Syria and had her own company—painting, and printing on clothes and making wax candles. Her art represented nature, landscapes, flowers and her culture. She also created murals made out of wax paraffin in 3D, and her artwork has been shown at three exhibitions. She relates her art to her spirituality—saying they are inseparable, giving her balance, happiness, and hope for the future of the Syrian people.

Ghena moved to the United States in 2010 with her spouse, and despite the language barrier, they adapted to their environment. She is still trying her best to focus on art while working part-time as an aesthetician. Her art has been noticed in Houston, when she participated in the Arab-American culture community exhibition, and at the Diamond Jubilee Arts Festival. Her dream as an artist is to create images of Syria as it was before the war started--a country of peace, love, and beauty.

As a young graduate Parastu always dreamed of becoming a filmmaker and saw it transpire, despite a difficult journey. She and her three siblings had been raised by a single mother after her father passed away when she was only six years old. Despite this tragedy and the civil war in Tajikistan, she still has her dreams. Her mother was her true inspiration and muse and inspired Parastu to move forward and not looking back. After graduating in journalism, she worked at local TV stations and at the Dushanbe Serena hotel.

Moving here in 2000 and facing uncertainty only encouraged Parastu, who started her career by taking English and later, screenwriting classes in Chicago. She jumped at the opportunity to move to Los Angeles in 2016 and enrolled in a Film Academy there, through the sponsorship of the Aga Khan Foundation.

Arriving there, her hopes were dashed by the taxi driver, who told her of his aspirations of being an actor and the hurdles to enter the film industry. This story was repeated by the many people she encountered. As Parastu says, “I had to start from zero again, but when life gives you lemons, you make lemonade.” Fortunately, she met individuals who helped her and she focused once again on her film career.

Parastu’s produced Think Big, Dream Big, which made it to the final of the Diamond Jubilee Film Festival in Lisbon. Additionally, she was fortunate to have been an official videographer during Mawlana Hazar Imam’s Diamond Jubilee celebrations in Atlanta, counting this opportunity as her biggest achievement and real dream come true.

Parastu has completed writing a feature film titled, Salam America, which she is hoping to make soon. She also hopes that she can apply her skills to serve the Jamat, not only in the US, but globally one day.

Moving from film to other creative talents, Shahnaz Naemi displays her creativity through song and poetry. She had acted also in different plays and movie series on television in Iran. The great Persian poets, Rumi, Saadi, and Hafez remain her main inspiration.

Moving to the US in 2000, Shahnaz experienced numerous changes but persisted in writing poems and expressing herself in Farsi. She hopes that one day she can translate all her poetry into English so everyone can enjoy it.

Currently, Shahnaz is a very active participant in the Jamat in Virginia, and occasionally recited qasidas, and was selected to recite a qasida during the Diamond Jubilee Mulaqat in Atlanta.

Shahnaz’s dream as an artist is to create “Ismailiwood,” where she would gather all filmmakers, directors, writers, and artists from the Ismaili community so that they may collaborate and share their creations. Moving to America has placed her artistic passion in second place but she hopes one day it will become her only career. 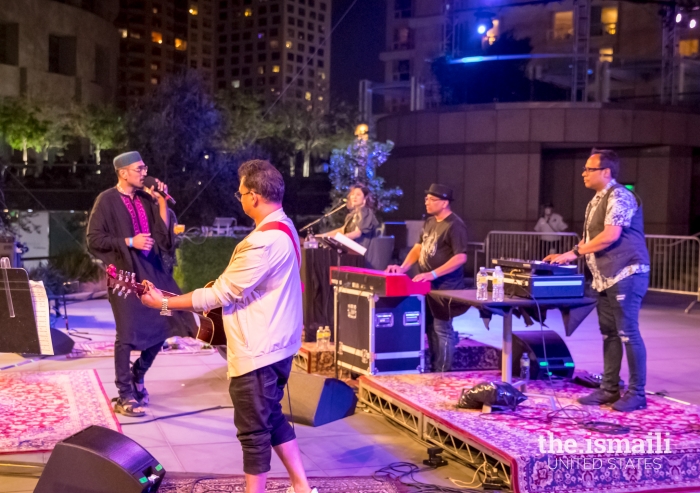 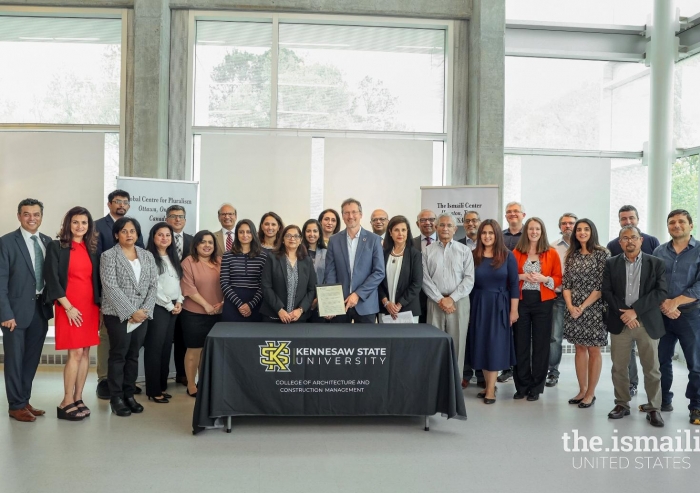