Currently touring Europe, rare masterpieces of Islamic art from the Aga Khan Museum Collection are contributing to a wider understanding of Muslim arts and culture in all their historical, cultural and geographical diversity. These masterpieces first featured as part of the exhibition Splendori a Corte held in Parma, Italy, in March 2007, organised by the Aga Khan Trust for Culture (AKTC). Arriving in London, UK to coincide with the commencement of the Golden Jubilee, the Aga Khan Museum Collection was displayed at the Spirit & Life exhibition at the Ismaili Centre for two months, before moving on to the Louvre in Paris, France. The Collection is expected to travel to other cities around the world before being permanently installed at the Aga Khan Museum in Toronto, Canada, expected to open in 2010.

The Spirit & Life exhibition at the Ismaili Centre, London received approximately 27 000 visitors over seven weeks and was given extensive media coverage. Channel Four News in the UK, called the Collection "exquisite", while The Economist described it as “beautiful, eye-opening, mysterious and puzzling.” The Muslim News UK concluded that “it will inspire Muslims to explore their history, and more importantly, to unite as one Ummah.” 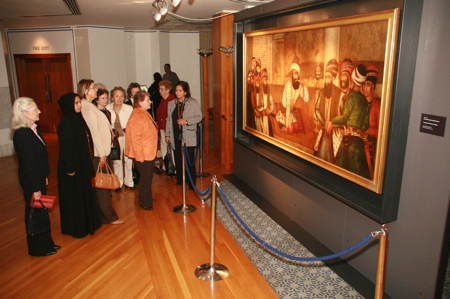 Members of the public appreciate the artefacts at the Spirit & Life exhibition at the Ismaili Centre in London. Abdulraheman Khakoo 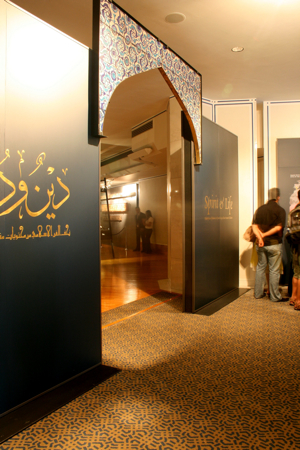 One visitor wrote, “Great treasures – a privilege to see it all”, while another commented, “Wonderful – the Ismaili community does an excellent job in fostering good relations amongst various cultures.”

In his speech at the inauguration of Spirit & Life, His Royal Highness The Prince of Wales commended “the excellent outreach work of the Ismaili Centre.” He also described the social ethic of the Jamat exemplified by the Exhibition, “I can only applaud your emphasis on intellectual and cultural exploration as a means of integration, and your determination to discharge your obligations as citizens of this country without losing your own distinctive traditions.” 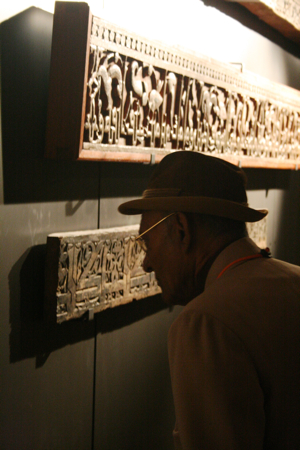 Members of the public appreciate the artefacts at the Spirit & Life exhibition at the Ismaili Centre in London. Abdulraheman Khakoo

The Exhibition featured over 165 objects reflecting different artistic traditions and forms of expression, serving to illustrate the diversity of Muslim cultures and civilisations. Textiles, regalia, pottery, exquisite miniatures, rare manuscripts, ceramics, precious copies of the Qur'an-e Shariff in different languages, scientific medical texts, literature and musical instruments were shown alongside some of the finest portraits of Ottoman sultans and Qajar shahs of the 19th century. The masterpieces represent a thousand years of Muslim history, spanning the 9th to the 19th centuries with origins in Afghanistan, China, Egypt, Iran, Iraq, North Africa, Spain, Turkey, Syria, and Yemen.

Following the success of Spirit & Life in London, the Aga Khan Museum Collection moved to the Louvre in Paris where it commenced a season devoted to the arts and cultures of the Muslim world, entitled "Masterpieces of Islamic Art from the Aga Khan Museum." The iconic French museum presented nearly 80 works in an exhibition curated by Sophie Makariou. Other Aga Khan Museum artefacts were on display at Paris' Museum of Decorative Arts. 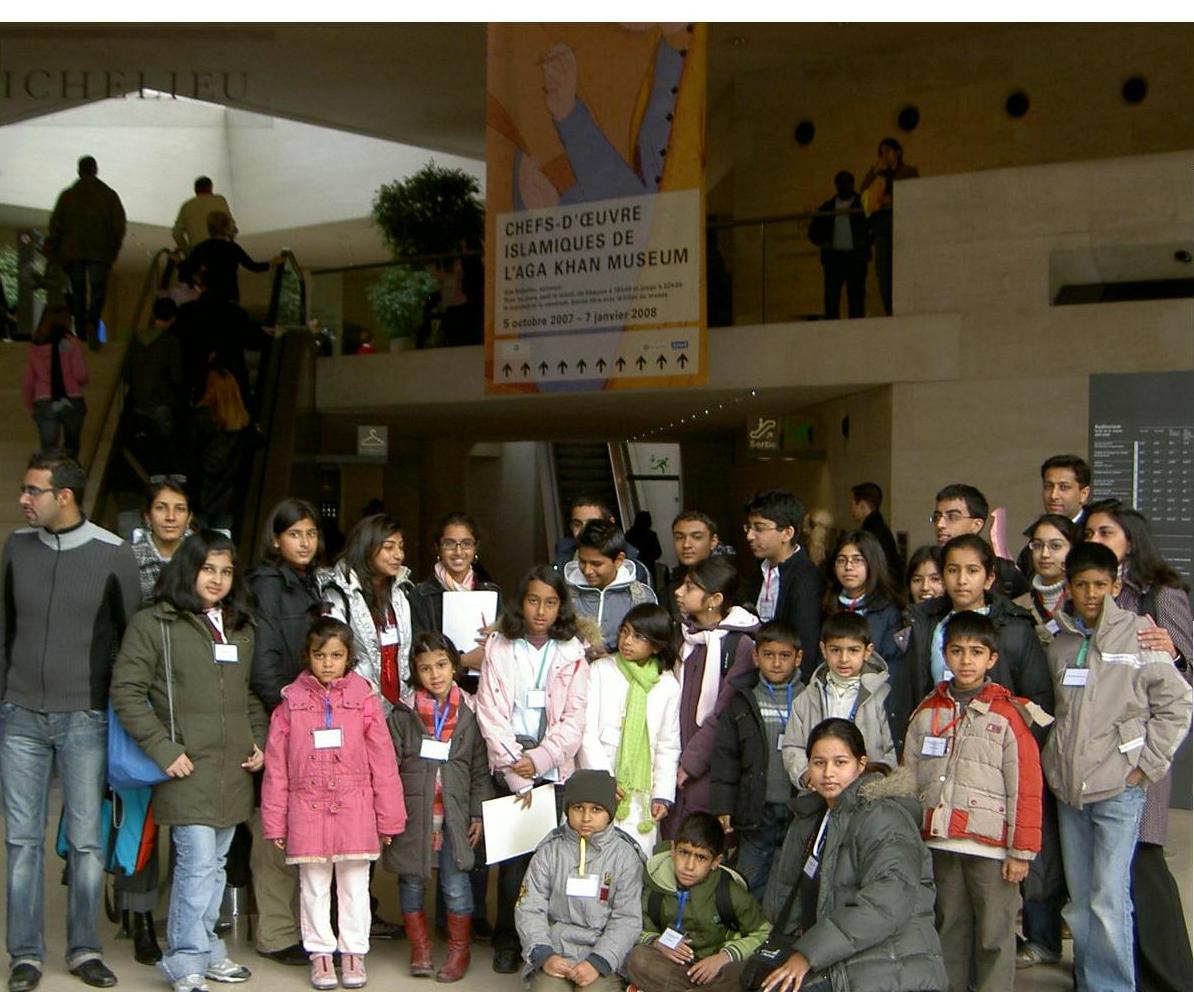 Young members of the France and Belgium Jamats visit the exhibition at the Louvre in Paris. Minkess Alibay

Fifty-eight young members of the Jamat from France and Belgium travelled to the Louvre in November 2007, as part of an initiative organised by the Ismaili Council for France. They experienced the artefacts and participated in calligraphy and art workshops. Seeing aspects of their Muslim heritage showcased in such a prominent space instilled pride and buoyed their sense of identity. It also inspired them to learn more about their past. One young child in the French Jamat exclaimed, "I was very proud to see the banner of the exhibition on a main street and, also, to see the advertisements on the subway." 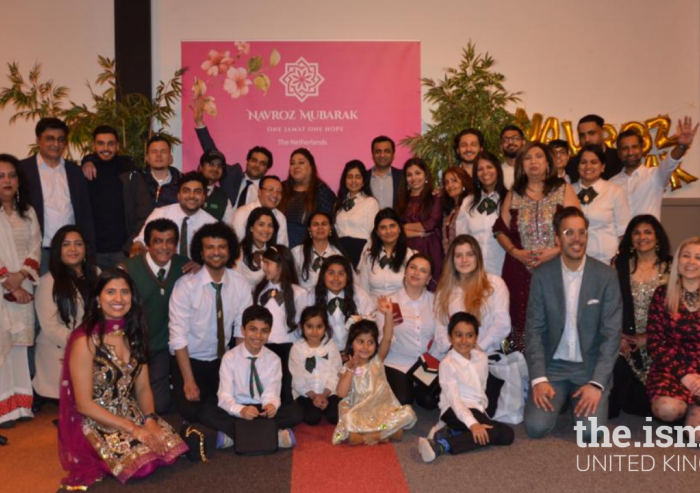 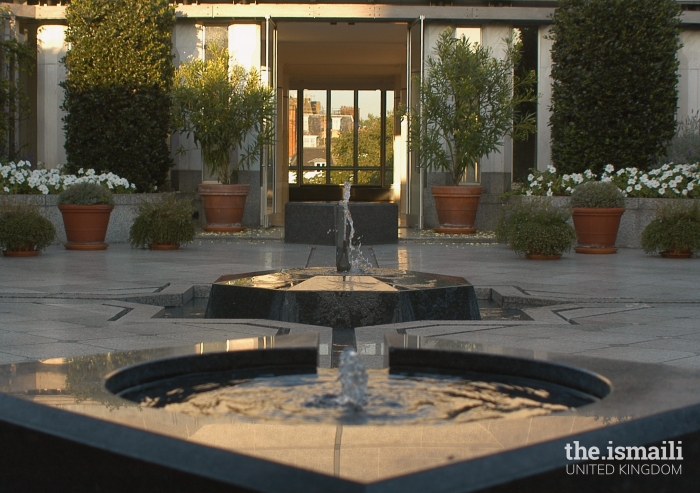