A MESSAGE FROM OUR SECRETARY GENERAL

It is with great honour that I, Abeer Ladhani, the Secretary General of IYMUN 2019, warmly welcome you to the inaugural Ismaili Youth Model United Nations conference in Dubai, UAE. Our theme for this year’s conference is “A Clash of Ignorance”, a theme addressed by His Highness the Aga Khan, in a speech upon receiving an award for tolerance from the Tutzing Evangelical Academy in Germany in May, 2006. In recent years, humanitarian crises and political instability have been augmented by a lack of cooperation and understanding. Through this theme, IYMUN 2019 hopes to foster open-mindedness and cooperation within its participants. In doing so, the notion of a “cosmopolitan ethic” is of utmost importance, emphasizing the significance of social consciousness and tolerance in order to bridge gaps formed by the inherent divisiveness in human society.

The theme was chosen keeping in mind that His Highness Sheikh Khalifa bin Zayed Al Nahyan, President of the UAE, has proclaimed the year 2019 to be the "The Year of Tolerance" which embodies the approach of being a bridge of communication between the people of the world and their various cultures; an approach which has been adopted by the UAE since its establishment.

The aims of the United Nations and its organs show a high degree of commonality with those of the Aga Khan Development Network. Hence, Model United Nations is the ideal platform for the promotion of the values of pluralism and morality by placing them in a 21st century context. Through research and debate on the world’s most pertinent issues, the nature of Model United Nations equips young individuals with the skills needed to critically evaluate the world around them and consequently counter the “clash of ignorance” plaguing the world.

As the region’s first Model United Nations programme for Ismaili Youth, IYMUN dedicates itself to providing youth between the ages of 10 to 18 years with a platform to develop and practice skills of research, critical thinking, communication, interpersonal and diplomatic relations and public speaking. With comprehensive training modules and committee formats designed to bolster these skills under a THIMUN structure, participants will leave this conference having gained invaluable skills and insights.

Through our three committees, General Assembly 1, Human Rights Council, and the Economic and Social Council, participants will have in-depth engagement with a plethora of global issues. Equipping the youth of today with the skills and agency to tackle the world as it is will instill a profound sense of hope catalysing a generation of change-makers. In the same speech in Tutzing, His Highness the Aga Khan said, “when hope takes root, then a new level of tolerance is possible.” With this vision, I welcome you to an inspiring and innovative platform which will have a lasting impact on Ismaili youth. 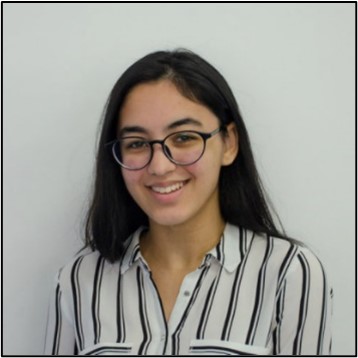