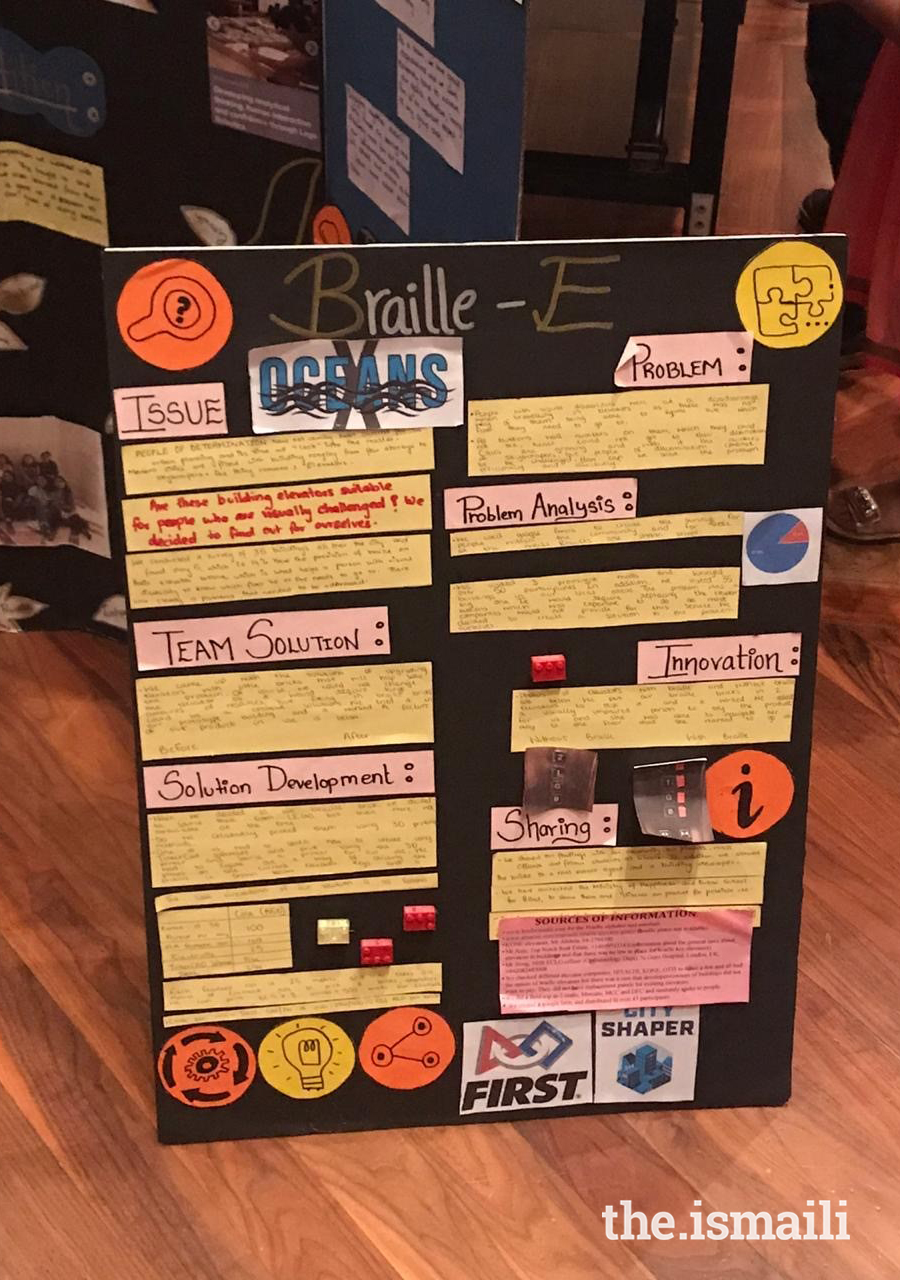 Saira Gulamani, a human resources manager turned entrepreneur, wanted to give back and make a difference in this area. She switched her professional and personal focus to the field of science through Lego Robotics. Together with her team over the past three years, she has conducted training sessions for youth in the Gulf region in preparation for the UAE’s FLL competition, which took place on 25 January 2020 in Abu Dhabi.

Over 45 teams from across the UAE participated in the event, three of which were from the Dubai Jamat. The theme of the competition was City Shapers with an objective to create solutions for future cities. The girls’ team, Oceans X, won the award for Innovative Solutions, for their proposal of incorporating braille tiles in elevators to assist people with impaired vision. The other two teams, Team Checkmate and Team Rockets, ranked in the overall Top 15.

Lego Robotics is “learning through play while integrating scientific, technological, engineering, and mathematical skills,” explained Saira. “When you build a car using robotics and have to measure the speed, you apply many facets of science spontaneously, such as physics, for example.”

When the girls’ team was asked about next steps for their proposed solution, the young ladies expressed a desire to implement this solution into the city’s elevators, as their research confirmed a need and a niche for this service. In keeping with the 2017 goals of Dubai’s inclusivity mandate, the city’s infrastructure is being upgraded to facilitate the ease of movement for the differently-abled.

The girls were very surprised to have won the award.

“In comparison with the other teams, our solution was very simple,” said team member Aliya Bhalwani.

“But it is very impactful and financially possible to implement,” said Saman Alibhai indicating that their pragmatism may have been the winning ingredient.

The enthusiasm and confidence with which the young ladies discussed their project and its implementation confirmed that the youth trained through the Lego Robotics programme will be worthy contributors in the fields of science and technology.

A multitude of studies confirm that only 30% of female students globally select fields related to science, technology, engineering, arts, and mathematics (STEAM) in higher education. Therefore, encouragement and pursuit of improving this statistic can be harnessed through the realm of civil society. While remnants of biases and gender stereotyping still exist, the emphasis on STEAM skills awareness and implementation for the female demographic continues to rise in learning centres, workplaces, and industry in general. Parenting has also taken a turn towards providing a fertile foundation for STEAM skills including toys and books which promote problem solving and critical thinking skills.

As a part of this mandate, the Ismaili Centre Dubai continues to foster awareness and education in the field of science, through training sessions, speaker seminars and educational programmes.

Last year the Centre was visited by Dr Maryam Matar, founder and chairperson of UAEGDA, named one of the 20 most influential women in science in the Muslim world, and heard from the astronaut, Namira Salim, one of the earliest founders of Virgin Galactic.

To date, the Lego Robotics programme has positively impacted 175 students ages 8-17. Future plans include training for the 6-10-year old age group, as well as the senior members of the community.