Since 2016, dozens of volunteers have collaborated with the Aga Khan Education Board in India on the design and delivery of its flagship mentoring programme, Reach for the Stars (RFS). Launched in collaboration with the Ismaili Council for India, RFS was designed as a long-term programme for high-potential students between the ages of 18 to 25 years.

It was early fall in 2018 when Dr Fayyaz Vellani first received the TKN call. “I still remember, being on the train at Trenton, when AKEB USA reached out to me with a request from AKEB India,” he recalls. The ask from Dr Vellani was a request to teach a writing residency programme, organised by AKEB India, for students of its flagship mentoring programme. “I felt called”, expressed Fayyaz, who is currently a Lecturer in Critical Writing at the University of Pennsylvania. “I remember telling Rehim (who called me), that I would either find someone or do this myself. Fundamentally, I said yes, because I knew there was a need”.

Four months later, after a six-webinar series over the course of six weeks, Fayyaz flew from New York to Mumbai to teach his brand new class; a group of students from India and Bangladesh who were part of AKEB India’s mentoring programme. The writing residency was an essential part of the overall programme and was designed to help students develop the vital skills of writing, for academic and admission essay requirements.

RFS is based on the rather simple premise of the motivational power of mentorship. It uses mentorship as its primary lever to inspire career exploration and discovery. Over 350 students apply for RFS each year and 60 make it to the final cohort, winning the coveted chance to be paired with a mentor in their field of study. Now in its third year, RFS has drawn on dozens of mentors from Mumbai to Boston, Calgary to Sydney, and Ahmedabad to Vienna, to create bridges of knowledge that are truly global in nature.

Regardless of where they are based or what they do, RFS mentors share one thing in common: many are TKN volunteers and have been identified through a series of searches, designed to pair talent with those who can best nurture it. For many TKN volunteers, the experience has been deeply fulfilling, in spite of the obvious barriers of distance and time zones.

“I never dreamed of this”, said Fatimah Sorathia, a Calgary-based architect, who mentored Rishaad Amlani, a recent architecture graduate from the Indian city of Pune. “I have mentored students here in Canada, but it was an entirely different experience to be connected with a student from the other side of the world,” she notes. “It was such a humbling experience because it wasn’t until much later that I realised the impact I was able to have,” she remarked.

And Rishaad can certainly vouch for that. The 23-year old Pune-based architect joined the mentoring programme to cultivate his interests in the field of vernacular architecture, project management and climate responsive design. Within months of starting the programme, Rishaad was parachuted to Dhaka for a 6-month internship with two of the region’s most well-recognised architects Kashef Chowdhury, a winner of the Aga Khan Award for Architecture (AKAA) and Rafiq Azam, the architect of the upcoming Aga Khan Academy in Dhaka. Both internships were facilitated and supported by the Ismaili Council for Bangladesh and gave Rishaad access to an unparalleled career development experience.

While Rishaad was in Dhaka, Fatimah was his virtual support system, providing career mentoring, guidance and advice, to help him navigate a complex and challenging work environment. “When I was paired with Fatimah, I felt very fortunate,” said Rishaad. “From the first call, she really made me feel at ease and told me that she wanted to mentor me not just for nine months but instead, that she wanted to build a connection that lasted a lifetime.”

And what a connection it turned out to be. From advice on the smallest of issues, to career decisions on job offers and graduate programmes, Fatimah was a perennial ‘sounding board’ for Rishaad, providing insight, experience and assurance, when it mattered the most. Like most of the programme’s powerful mentors, she also generously offered Rishaad several opportunities to collaborate on major international projects, including working with her on the design of gallery layouts, exhibition areas and installations at the recent Jubilee Arts International Arts Festival in Lisbon.

“She really took me under her wing and took an interest in what I was doing and the kind of life I was living”, said Rishaad. We also worked together professionally for a few months, when she gave me the chance to work on some of her personal projects,” he explained.

Rishaad’s experience of having worked with Fatimah is one in a series of several stories that characterise the ‘RFS journey.’ Woven together in a rich tapestry of hope and promise, each mentoring story shines as an individual thread, on an ever-expanding canvas of aspiration and opportunity.

Simply ask Ghazala Mirani, a student from the 2018 cycle, whose RFS experience included landing at Harvard University for the Harvard Project on Asian and International Relations (HPAIR).  A computer sciences undergraduate student, with a thirst for adventure, Ghazala’s mentoring track also led to her receiving a partially funded seat at an innovation camp in Thailand, organised by the Asian Institute of Technology (AIT). The journey to Bangkok and then Boston, and the more important ‘unseen’ journey’ of preparation for both programmes, was enabled by Ghazala’s mentor, Rafiq Somani.

Pune-based Rafiq Somani is the Area Vice President at ANSYS Inc. He is also a former Chairman of the Aga Khan Education Services, India and currently serves on the National Team of the RFS programme. A mentor to several students, Rafiq carves out time to inform and inspire, despite a demanding professional schedule and relentless travel.

“For me, I have always felt that beyond education, it was really the guidance on making the right choices among various careers and fields within, which was critical,” explained Rafiq. That is what makes RFS such a beautiful programme,” he said. “It opens up possibilities and opportunities.”

However, these opportunities are mutually beneficial. “I really do believe that it’s the mentee that makes the mentor, said Rafiq. “I always ask my mentees to ask, ask, and ask. We need to develop that sense of drive and confidence in young people,” he commented. Sure enough, Rafiq cultivated a great deal of that confidence for Ghazala, early in the programme. That is probably why she paid tribute to him in her application essay for HPAIR, which coincidentally happened to be about the value of mentorship.

As much as RFS mentees gain from the experience, they are not the only ones on the receiving side of the equation. “Mentoring is very much a two-way street, where both learn,” observes Fatimah. “I couldn’t agree more,” adds Fayyaz. The UPenn lecturer found himself in a classroom of students from Mumbai, Hyderabad, Surendranagar, and Dhaka. “It really got me to expand my own repertoire of skills and pushed me to find ways to make my teaching useful,” notes Fayyaz. “When I teach writing, I always emphasise to students that they should think about their audience. And this time around, I really did have to think about my own audience,” he said.

Now half way through its third annual cycle, RFS continues to enable pathways to academic excellence and career exploration. Built on a series of solid partnerships with AKDN and with other AKEB’s (such as AKEB USA), the programme is quickly expanding its base of supporters and collaborators. The India National Team is working on a number of major initiatives including a Knowledge Society webinar series in collaboration with AKEB USA and the inaugural edition of a winter school programme.

In whatever direction the programme evolves, sustaining RFS will depend on the expertise and competence of the countless TKN volunteers, who are the heart and soul of the RFS journey. Perhaps Rishaad says it best, when he reflects on his mentoring experience with Fatimah. “I think she can take solace in the fact that she has made a huge difference in the life of someone still finding his way, someone she's never met, on the other side of the world.”

“And” he suggests with a thoughtful pause, “that in itself is transformative and life-changing.” 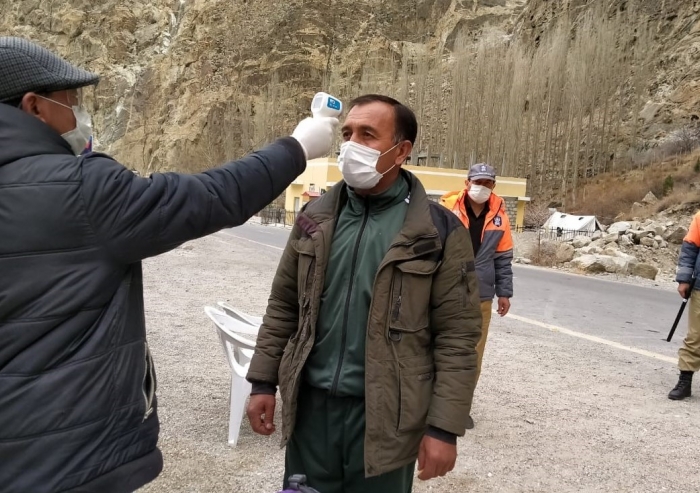 TKN Volunteers in Pakistan playing a key role during COVID-19 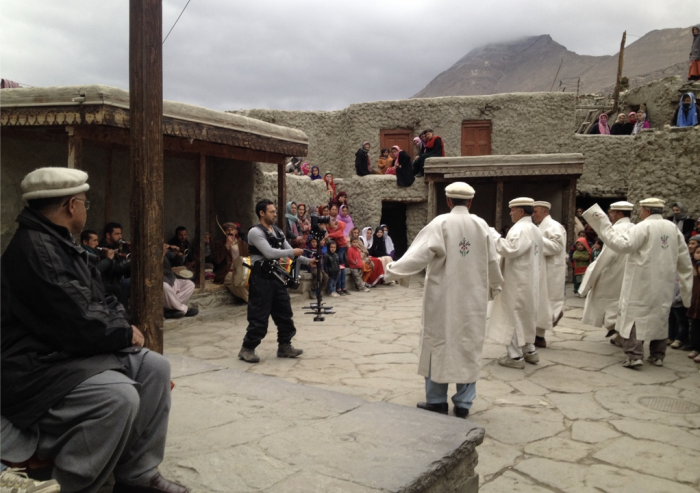