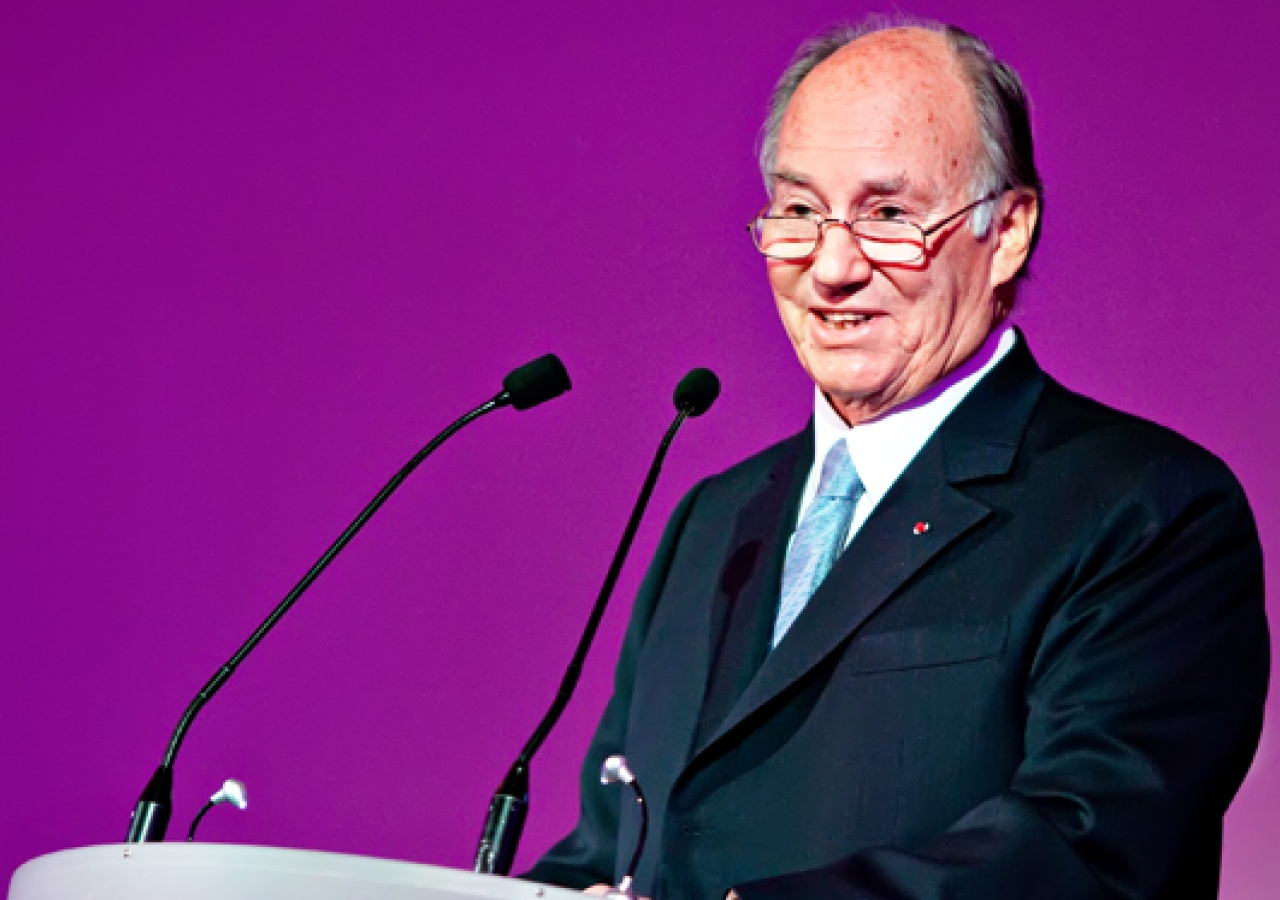 Thank you, Mr Rummell for your very generous and warm words.
Good evening Ladies and Gentlemen.

It is a distinct pleasure for me to be here this evening – and I would like to begin by expressing my renewed and deep thanks to the Urban Land Institute for presenting to me the J.C. Nichols prize at your 75th anniversary conference last Fall. I was particularly honoured to learn that this was one of the first times a non-American had been given this award, a reflection of the increasingly global nature of your concerns. And your meetings in Paris this week further demonstrate the Institute’s international character.

I was also happy to know that – as a direct outgrowth of this award – our two organizations will be joining in a new program to advance urban planning in the Muslim world – where so much change is occurring, and so quickly.

As you may know, my interest in Urban Planning has something of an historical precedent – going back 1000 years – to the founding of the City of Cairo by my ancestors, the Fatimid Imam-Caliphs.

The Fatimids are remembered for drawing, pluralistically, on the widest array of talent, from all cultures, in developing a great civilization. One of the ways I have tried to reflect this history has been to encourage the development of world class planning and design resources, including programmes such as the Aga Khan Award for Architecture and the Aga Khan Programme for Islamic Architecture at Harvard University and the Massachusetts Institute of Technology.

I am genuinely pleased tonight to be with so many distinguished people whose work relates to the field of urban planning and development.

For my comments this evening it was suggested that I share some of the lessons the Aga Khan Development Network has learned from its 50 and more years of work, essentially in the developing countries of East and West Africa, South and Central Asia, and the Middle East. And it seemed that one of the subjects that I might discuss with you this evening and which bridges our interests of today, and perhaps our destinies for tomorrow is the subject of impact investing.

As you know, a wide spectrum of investors has been increasingly involved in “impact investing,” using a diverse array of assets, employing highly disciplined due diligence and accounting analyses, and pursuing a balanced mix of financial, social, economic and environmental goals.

It has been exciting to see the volume of such investments growing substantially in recent years – with growth expected to reach around 500 billion US dollars in the next ten years.

Number one – to the best of our knowledge, there has been relatively little history as yet of impact investing in the property development field. To me, this could mean a great deal of untapped, upside potential. What now is needed most are knowledgeable intermediaries who fully comprehend the realities of business risk and reward in the property field – while also understanding what it takes to improve the quality of life for the engaged populations. I believe that both the Urban Land Institute and the Aga Khan Development Network can bring a great deal to this stimulating discussion.

My second point is that the power of impact investing is only beginning to be seen in the less developed parts of the world. We have witnessed in recent decades the rapid, exciting development of newly industrialized countries – especially along the Pacific rim, and we have heralded the potentials of the so-called BRIC countries. But my suggestion to you tonight is that there are many places in the less developed world that now hold similar promise.

Our Network has been working in these places for over half a century. Many of them have experienced the heavy legacies of colonialism, the rigidities of Marxism, the misleading hopes of various new nationalisms, and the naïve promises of undisciplined, and sometimes greedy capitalism. Meanwhile, inexperienced democracies have also struggled to find workable forms of coalition government, a global issue today.

These fragilities still exist, but to a much lesser extent. Over time, our faith has been reinforced in the potential of these regions, especially for competent impact investing. Indeed, I would say that sustainable development that improves the quality of life for the peoples of the developing world will depend in the end on efforts that make sense both socially and financially.

As this process goes forward, the disciplines and resources of the property investment community will be particularly well suited to such opportunities.

This is true, first, because of the growing demand for property in the developing world, reflecting not only higher birth rates but also the rapid pace of urbanization. We remember that dramatic economic development in the industrialized world was invariably accompanied by accelerated urbanization. Today, in less developed countries, population growth and urbanization are combining with the rapid growth of the middle class as well as with climatic and geographic constraints on the supply of land – and the likely result is a continuing increase in property values.

This scenario will be played out not only in the great capital cities of the developing world, but also, most probably, in its “secondary” cities.

There is another critically important factor that I would emphasize this evening – and that is the increasing importance for these populations of civil society institutions. By civil society, I mean those non-governmental institutions which serve great public purposes. They include organizations devoted to education, to culture, to health, and environmental improvement; they embrace commercial, labour, professional and ethnic associations, as well as religion and media. Improving the scale and the competence of civil society is a focal goal for the entirety of the Aga Khan Development Network.

Even when governments are fragile or disappointing, strong civil society organizations generally remain as key drivers of development. Strengthening the pillars of civil society is the most effective way I know of ensuring a positive social impact in the developing world.

Let me spotlight one other helpful variable in this equation – and that is the expanding opportunity for regional investment – across national frontiers. Strategies that cross arbitrary political boundaries to engage cross-border communities of cooperation can enhance growth opportunities – while also spreading risks more widely.

My third and final message this evening is simply to explain why the Aga Khan Development Network can be a valuable resource in discussing these investment opportunities. We are one of the resources that you might wish to draw upon.

Let me sketch out quickly the work that we do. You have heard, AKDN is active in over 30 developing countries. We employ some 80,000 people, supported by tens of thousands of volunteers. And one of the characteristics of development in the third world is voluntary service. These volunteers and others work in a vast array of fields, reflecting what we call a Multi-Input approach. The majority of projects are in the not-for-profit sector, ranging from the building of bridges and the restoration of cultural heritage sites to far-flung institutions in the fields of health and education. The Aga Khan University, for example, has the leading health sciences faculty in Pakistan, and now has 13 campuses in eight countries, including major teaching hospitals which are shaping the future of health care in Pakistan and in Kenya. They use surpluses generated by one set of services to subsidize care for poorer patients as well as scholarships for medical and nursing students. Meanwhile, our Health Services programmes include medical outreach centres in many hundreds, literally hundreds, of rural and urban communities.

And, in Tajikistan, Kyrgyzstan and Kazakhstan, the University of Central Asia has served some 30,000 students since its foundation in 2006.

At the same time, a broad portfolio of projects moves forward under the aegis of the Aga Khan Trust for Culture, involving fields such as architecture, music, parks and the restoration of historic sites.

Another large portion of our work is entrepreneurial, channeled through the Aga Khan Fund for Economic Development. These ventures, over ninety of them, are held to rigorous profit and loss disciplines. All surpluses they generate are reinvested in business expansion or in efforts to aid the less fortunate. These ventures range from banking and insurance companies to the tourism and leisure sector, from food processing and clothing manufacture to telecommunications and media, from energy generation to aviation —and, more recently, a micro-lending program which now has some 300 branches in 13 countries.

Let me illustrate one or two specific examples. I will start with our lead investment in a hydropower project which will almost double the supply of electric power to the grid in Uganda. In Afghanistan, a mobile phone company called Roshan is transforming the likely shape of the country’s post-conflict situation by offering not only reliable communications to connect the whole country, but also sophisticated tele-medicine and financial services and that is happening today in Afghanistan.

The Serena Hotel group, with facilities now in eight countries in Africa and Central Asia – staffed almost entirely by local employees – contributes significantly to the diversification of their national economies. And let me mention Nation Media Group launched over 50 years ago and it is now a publicly traded entity, and one of the largest independent multi-media companies in Africa. And there are many other exciting examples.

I mention this wide spectrum of social, cultural and economic initiatives to reinforce what I have said earlier about the potential for sensible impact investing in places which have not been in the investment spotlight.

We envision the launch of additional major projects in the coming decade – including efforts to strengthen the education and health systems of the less developed world – opening new capital initiatives and expanding existing ones, while also providing opportunities for operating partnerships. As we move forward, we are encouraged by the growing interest of other potential partners, including international government agencies which often provide concessionary financing.

As you can see, the Aga Khan Development Network attaches central importance to the role, in the world in which we work, of property impact investment.

Whether one is developing a university, a hospital, a school, a park, an historical site, a commercial enterprise, a municipal facility, or a regional network of institutions, land planning, building development and financing are fundamental variables.

Nothing serious, long-lived, or self-sustaining can be achieved unless the suitability of the land that is involved – and the economic conditions under which it becomes available – are consistent both with long-range social purposes and sensible financial objectives.

Property impact investing represents an exciting new funding niche, positioned half way between enterprise financing and development funding. It is my hope that as all of us come to share, more and more, our knowledge and experience, we might also share in some new, highly original and satisfactory outcomes. 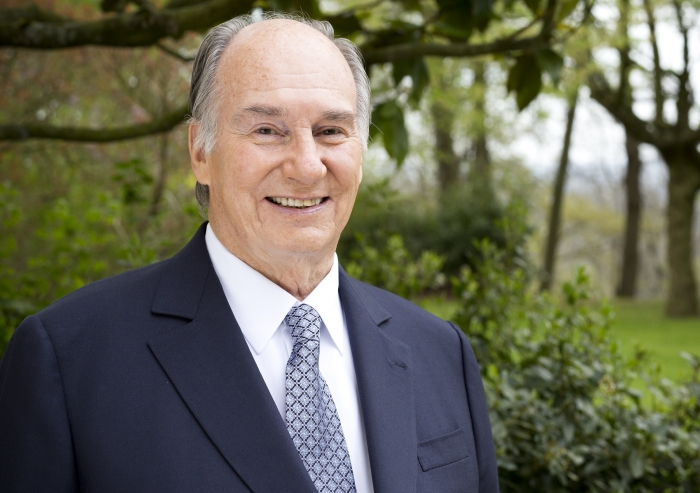 His Highness the Aga Khan: a life in the service of development 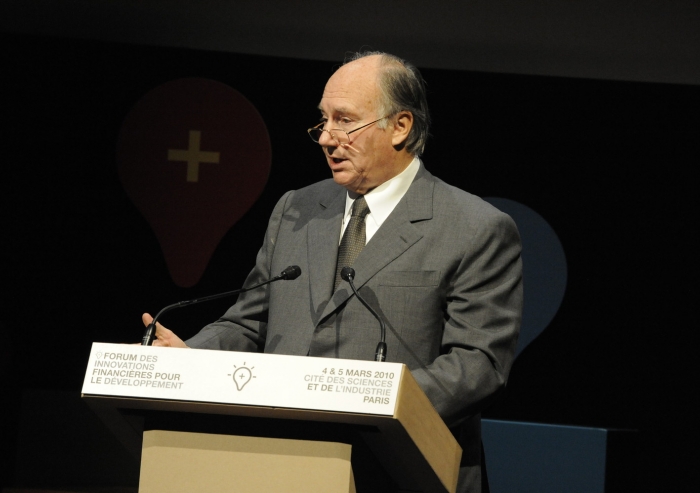