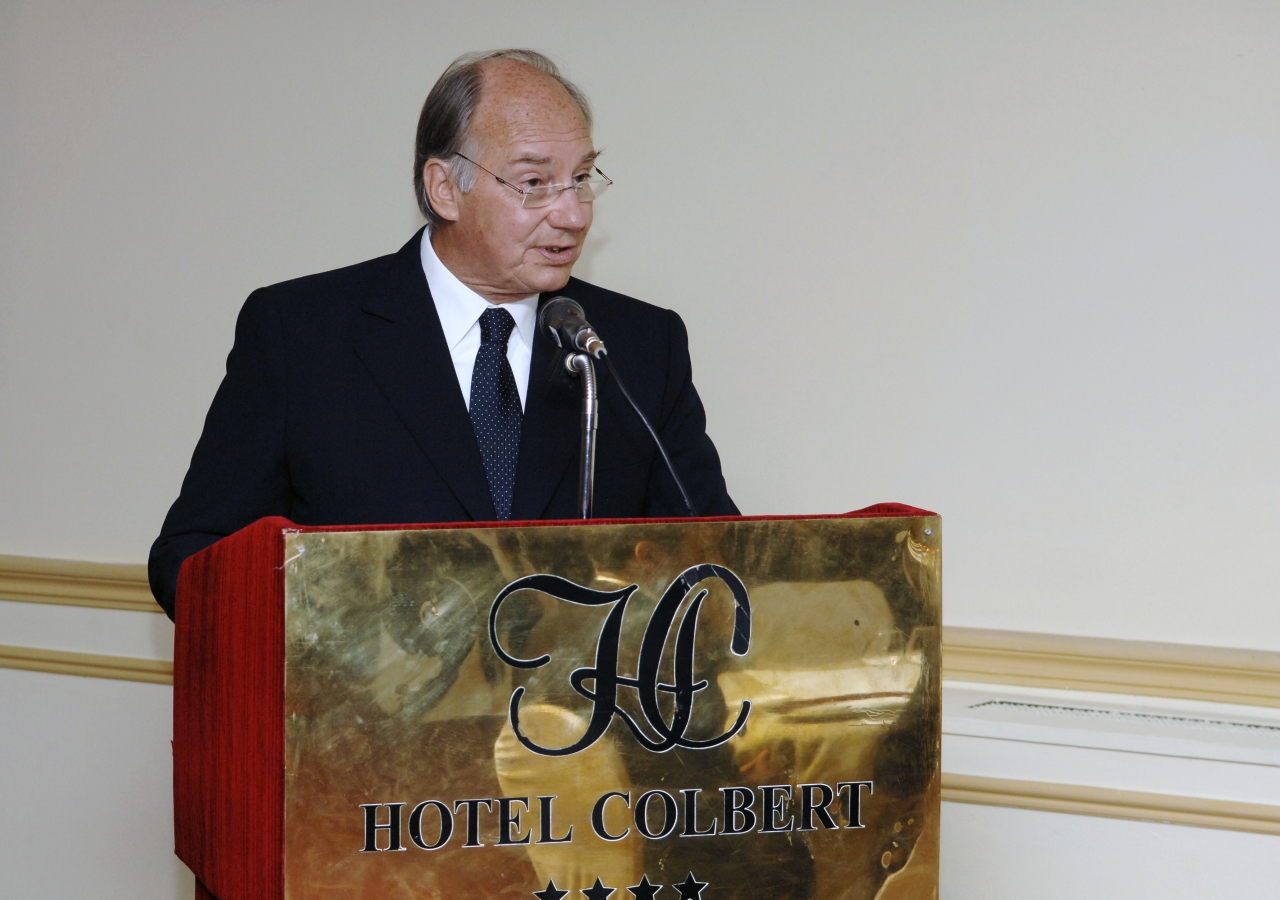 State banquet during the Golden Jubilee Visit in Madagascar

First of all, I must thank you for the invitation you have extended to me in the name of the President of the Republic and the Government of Madagascar, and for your warm welcome and hospitality that is so typical of the Madagascan people. I am touched to the heart. I should also like to say how flattered and honoured I am by your words, which are at the same time a tribute to my community.

It was in 1956, fifty years ago, that I first set foot on Madagascan soil. Of all my subsequent visits, this one is especially symbolic for me and my community. I am celebrating my Golden Jubilee and I thank you for your good wishes on this occasion as I visit all the countries which are close to my heart and which have a special significance for me and for the Ismailis.

The Ismaili community settled in Madagascar around one hundred years ago and is deeply involved in the country’s economic and social life. It has become interwoven in the national fabric and has come to be one of the many cultures and traditions that enrich the nation. The Ismailis are present in nearly thirty-five countries across the world and represent a significant pluralism, both cultural and linguistic.

Islam’s ethics establish an inextricable link between spiritual and material life, Din and Dunya. Consequently, my responsibilities as spiritual leader and interpreter of the faith are coupled with a deep commitment to improving the quality of life. These activities are not limited to the Ismaili community but extend to those who share their lives, whether on a local, national or international scale.

Our duty is to try to free people from poverty. And to me, poverty means being without shelter, without protection, without access to healthcare, education, or credit, and without hope of ever controlling one’s own destiny. This means condemning one’s children and grandchildren to unacceptable living conditions.

A voluntarist and innovative strategy is needed in order to break this chain of despair and total imprisonment.

That is why I, as Imam of the Ismailis, considered it my duty to meet the challenges now facing these communities. I chose to involve myself in development projects in every field by means of a group of private agencies known as the Aga Khan Development Network (AKDN), a multi-sector network whose purpose is to fight poverty and work for the benefit of all, irrespective of faith or origin.

In May 2005, with the support of the government of Madagascar and the ministers present here today, we identified the Sofia region and set up a rural development programme which you, Prime Minister, were kind enough to mention. As a result of this programme and its innovative methods, in particular the training provided for farmers, the production of rice per hectare has doubled and has already benefited the 10,000 growers taking part.

Building on expertise acquired in more than twelve countries in Africa and Asia, in 2006 we also established the microfinance agency, the P.A.M.F., which so far, has seven branches in rural and urban areas and nearly 3,000 customers.

Among other initiatives, the Aga Khan Fund for Economic Development (AKFED) encourages economic progress in developing countries and those undergoing post-conflict reconstruction. AKFED intervenes in areas where returns on investment are drawn-out and uncertain and which many private investors consider too risky. Profits generated by AKFED are reinvested in countries where there is insufficient foreign investment, in order to shore up their national economies. For example, we have recently launched the various energy projects to which you have referred, with the inauguration a few months ago of a new hydroelectric scheme (at Bujagali in Uganda), and also in telecommunications (in Afghanistan) and tourism (particularly in East Africa), where private initiative is ready to act in accordance with the domestic priorities of the countries concerned.

We were particularly impressed by the supreme importance that the “Madagascar Action Plan” (MAP) attaches to education, since it coincides with the Network’s own ethos.

The objective is to halt the brain drain, a veritable scourge in developing countries, by providing universities which maintain international standards with regional campuses, such as the one I have just announced in Arusha, which could eventually serve all the nations of East Africa and the Indian Ocean. Institutions such as this will, I hope, break the dependency of the South on the North and mould the leaders of the future. The improvement of centres of excellence in primary and secondary education with an international, multilingual curriculum, will enable pupils to enter these universities as well as the finest institutions worldwide. Furthermore, a Professional Development Centre will help improve teacher competence and introduce innovative teaching methods.

Madagascar has identified the challenges facing its people and drawn up a clear road map. And as the country appropriately shares this vision of the future with the Aga Khan Development Network, we can now move forward hand-in-hand for the good of generations to come.