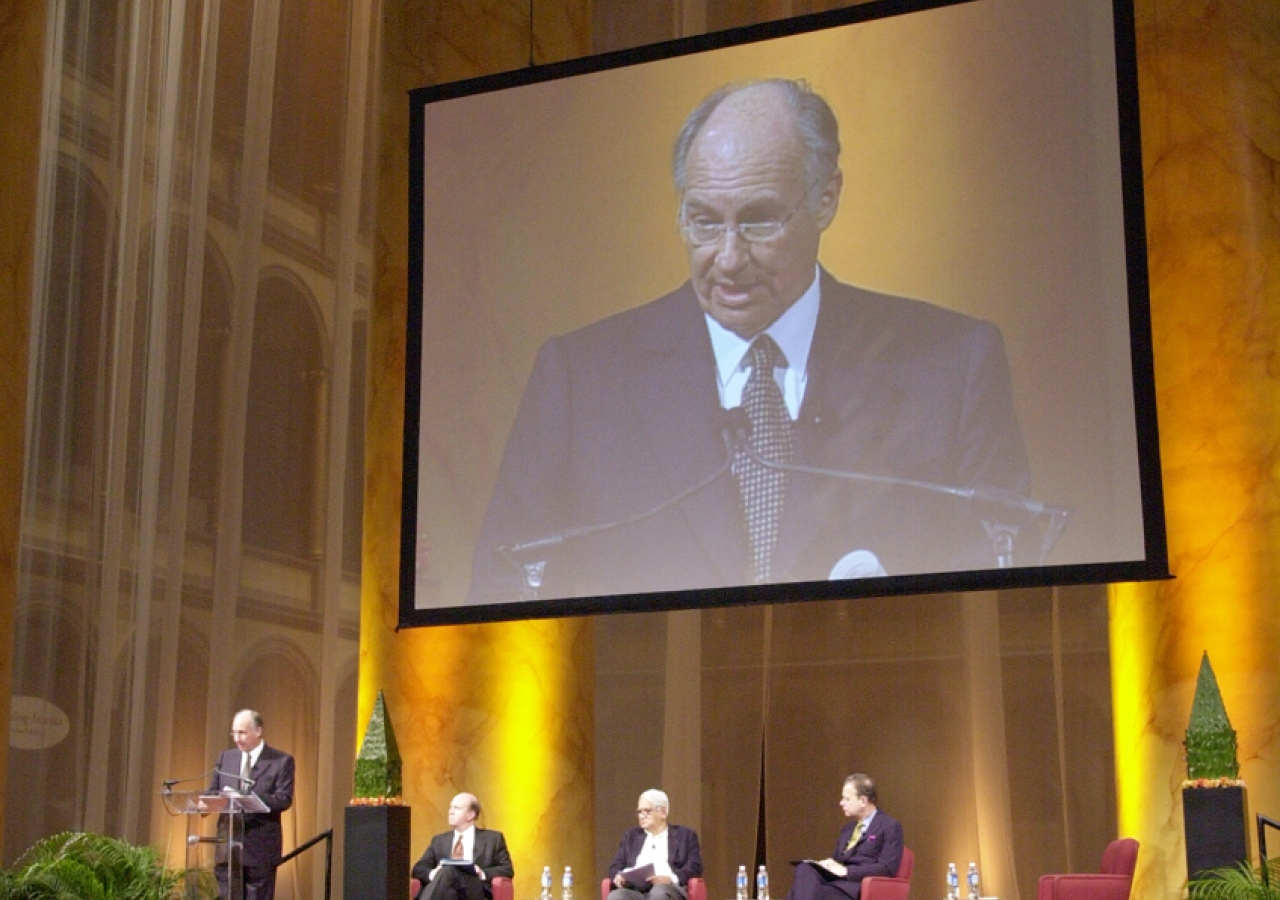 I believe profoundly that architecture is not just about building. It is a means of improving people’s quality of life. At its best, it should mirror the plurality of cultural traditions and the diverse needs of communities, both urban and rural. At the same time it must employ modern technologies to help fulfill desirable aspirations for the future.

In Islam, the Holy Koran says that man is God’s noblest creation to whom He has entrusted the stewardship of all that is on earth. Each generation must leave for its successors a wholesome and sustainable social and physical environment.

For these reasons, in 1977 I began working with leading architects, philosophers, artists, teachers, historians and thinkers -- from all religious faiths -- to examine issues in the built environment and to establish an Award for Architecture.

The task was extremely difficult and, some thought, impossible. We sought to reshape and reposition knowledge and taste and to change the behaviour of those who have an impact on the built environment. That meant not just architects and their clients, but governments, planners, granting organisations, village organisations, educational institutions and builders, large and small, in urban and rural areas.

If we could achieve this, there was a real chance we could launch a process that would become self sustaining, to help bring about the truly profound change we sought.

That led us on a long journey of inquiry and action based upon a premise which, strangely enough, was never put formally into writing.

We were interested in architectural achievement, not just in design, but with how good design could help improve the daily lives of the users and beneficiaries. It was from this service perspective that the Award parameters grew.

One example was the definition of architecture. The users were largely in developing countries. So we pushed our definition far beyond the so-called “architected” buildings and into self-built environments, many of them in rural areas, most of them poor.

It was from this notion of service to people that we were led to search for best practices. We sought examples of best practice for vastly different local situations – from the ultra-poor in rural environments to the ultra-rich cities and towns of oil producing states. The solutions we found ranged from restoration of historic buildings to the new high-tech buildings of modern societies.

The criteria for best practice varied to reflect conditions. Poor communities, for example, do not have the resources to replace buildings every few decades. So we looked to best practice that emphasised efficient and creative refurbishing or to new construction designed for a much longer economic service life than industrialized countries.

As the inquiry process became more widely known in the communities where we were focused, they responded to us with two basic requests: first, teach us how to do things differently and second, show us examples of best practices in real world situations.

In response, a number of parallel programmes were spawned to teach these best practices, such as the Programme for Islamic Achitecture at Harvard and MIT and the online ArchNet resource which supports global dialogue and research.

We have had some success in this regard through our Historic Cities Support Programme which we launched to develop best-practice models in the real world. That programme has been applied in some of the poorest settlements, many of them in rural areas. We have shown how human and material resources can be applied to deteriorated and under-used cultural assets. The result has been new economic activity and better quality of life.

So I am pleased that 28 years later, we have had some success in achieving our original goals. We are gratified that so many others now are engaged in the cause. We have created a momentum that has become a self-sustaining and unstoppable force for change in the human habitat of the Muslim world. And I am most pleased the principles we have established are having an impact in much of the developed world as well.

But there is still much to be done.

Quality housing remains the most essential need for societies everywhere, both in rural and urban environments. Industrial facilities and workplaces are not at a level of excellence that makes them exceptional.

Rapidly-expanding urban centres throughout the world lack public parks and open urban spaces. Problems of transport, congestion and pollution have too few solutions emerging. The growth of slums, the consequence of the relentless forces of urbanisation, has not been stopped or even slowed down.

And although many fine examples of rural projects have been represented in past Award cycles, still there are not enough.

I am also concerned there is still too little attention being paid to design for communities to protect residents from the effects of earthquakes, many of them in remote rural areas. Two million people died as a result of earthquakes in the last century and 100 million were severely affected. There are vast populations that live in seismic-sensitive high-mountain areas where we must focus attention.

And the massive devastation of the Indian Ocean tsunami has taught us a terrible lesson that the destructive power of earthquakes can reach far beyond the initial disturbance. It will no doubt lead to new thinking and new approaches toward seaside construction.

I hope the next quarter century of the Award will contain as much innovation and surprise as the first. To the extent that it does, it will be thanks to the many hundreds of capable individuals who have given so generously, and continue to give, of their time, their knowledge and their talent. To all of them, I am enormously grateful.