What an immense privilege it is to be present at this great beginning - the inauguration of what has instantly become one of Africa's finest hotels, the Kampala Serena. And what a joy it is to share in this moment with all of you - the people who made it possible.

Among us today are those who dreamed the dream of developing Ugandan tourism many years ago. Here also are those from the halls of government, from private business and from the institutions of civil society who developed the financial and legal arrangements which under-gird this project. Also present are many of the architects and artists, designers and engineers, construction workers and managers, hotel staff, volunteers, and so many others whose work has turned our hopes into tangible reality.

We are deeply indebted to you all.

Today’s ceremony marks the culmination of a long process. My own interest in Ugandan tourism goes back at least to 1968, when we first acquired development sites on what was called the old safari circuit. It was thirteen years ago that we identified the Nile Hotel as a potential development site. And it was three years ago that our tender offer for the Nile Hotel was accepted.

I remember how pleased we were at that time with the powerful example set by the Ugandan Government's Privatization Unit when it insisted on a transparent and professional tender process. Today, we again express our appreciation to the President and the Government of Uganda for providing the enabling environment which has allowed this project to flourish.

Once our agreement was reached, the next step was to achieve what our bid document promised. Under the direction of our Aga Khan Fund for Economic Development, and its Tourism Promotion Services group, that work was accomplished in record time - in 17 whirlwind months. During this period, we spent approximately one and a half million US dollars per month - rehabilitating, extending and transforming the old Nile Hotel. Another three months has now been spent in streamlining its operations. The result is a hotel complex which is, both in form and function, one of the outstanding tourism facilities in all of Africa - indeed, in all of the developing world.

So that is something of the historical context of the Kampala Serena project. But let me also say a word about its organizational context. For this new hotel is only one of 17 Serena properties which now brighten the African landscape - in Kenya, Tanzania, Zanzibar, Mozambique, and now Uganda.

This hospitality group began in the early 1970’s with just four units. We hope and plan that its growth will continue, in Uganda and in other places, including Rwanda. Our intention is that the model we have adopted elsewhere in the region will also be applied here in this country - so that this major new hotel in the capital city can be followed, as soon as the necessary allocations are granted, by a quality circuit of new resorts and safari lodges in the Ugandan countryside. When that happens, a new East African travel circuit will be completed - featuring world class, state-of-the-art facilities, comprising a unique array of inspiring attractions, and offering a holiday experience "second-to-none".

This growing African enterprise, in turn, is part of a larger Serena presence, comprising 25 facilities in eight countries in the developing world. The newest of these opened in Kabul, Afghanistan, exactly one year ago this week. And just two weeks ago, we dedicated the foundation for a new Serena Hotel in Dushanbe, in Tajikistan.
Let me continue, then, with a word about Serena’s strategic and philosophical background.

In all of these places, the Serena projects exemplify a larger strategy. In all of these places, our goal is not merely to build an attractive building or to fill its rooms with visitors, but also to make a strategic investment which many private investors might be reluctant to make, but which promises to produce a magnificent multiplier effect as its impact ripples through the local communities.

The multiplier effect is in part an economic one. It is measured in jobs - created in building, maintaining and operating the new facility. The impact is measured by the flow of visitors and their resources - and by the investments they are encouraged to make. It is measured by the returns it generates for local investors, as our projects achieve stability and their shares are placed on local stock exchanges. It is also measured in the motivating effect a successful new enterprise almost inevitably has on other local enterprises.

But these ripple effects need not be limited to the economic sector. Their impact can also be a social and a cultural one, as this project works to re-enforce the values of hospitality and courtesy, of excellence and efficiency, of community and confidence, of self reliance and self improvement. We are proud that our projects exemplify the highest standards of corporate governance and human resource development. We also believe that, through the creative design of the hotel and through the activities it supports, this effort will help to nourish cultural pride, strengthen artistic expression, and renew traditional values.

But even as it embraces rich traditions of the past, this project also looks to an exciting future. For the hospitality industry, one of the oldest in the world, is the symbol of a bold new world, in which global connection, global travel, and global coordination will be a way of life in virtually every community. The Kampala Serena Hotel, like many of its sister projects, will be a place where the local and the global regularly intersect - enriching the lives of all who participate in this process.

Let me conclude with a word about the development process in Africa - as I have seen it emerge now over nearly fifty years as Imam of the Ismaili Muslim community. I came to this position in 1957, a moment when the colonial era was about to end in Africa, and I have been a close observer and an active participant in the region ever since.

For two generations now, those who care about African development have been seeking an important key, searching for the best way to improve the quality of human life by advancing the pace of economic development. One of the most promising outcomes of that search was the creation of a new set of venture capital institutions - ready to invest in projects which traditional private investors were less likely to support.

It is worth recalling, candidly, the several good reasons why private investors were often reluctant supporters of African initiatives: political instability, currency fluctuations, a lack of qualified manpower, low rates of return - all of these factors contributed to the problem. But the biggest risk was often the fear that the projects would be too closely controlled by inexperienced governments - and perhaps even nationalized at some point along the way. Given all of these uncertainties, much of the investment which did occur came from sources which put more emphasis on human development goals - and less emphasis on economic profit. Among them, for many years now, has been the Aga Khan Fund for Economic Development - or AKFED as it has come to be known.

These uncertainties have eased to some extent in more recent times, and in some cases the investment climate has improved. But at the same time, the requirements of the international investment community have also become more rigorous. Some of these agencies have given up their development agenda and act as fully commercial financial institutions - others are now increasingly concerned with new development conditionalities - including human rights, environmental protection, and the practices of good governance, as well as rates of financial return.

Countries like Uganda will have to take all these trends into account as they plan their economic futures. And so will institutions such as AKFED. We must be certain, for example, that our growing range of co-investors can meet their financial goals. But at the same time, we are determined to keep clearly in view our traditional commitment to developmental rather than purely financial goals. We believe this makes AKFED a particularly attractive and effective partner in projects which will work to improve the quality of life for the peoples of the developing world.

This is true because AKFED is ready to take justified investment risks - to a greater extent than many other investors. We are ready to be patient investors, with a far-ranging vision. We are long-term players, maintaining our presence even during periods of economic or political turbulence.

But even as we continue this approach, we must give increasingly rigorous thought to how each local project will affect national development. We must look, in short, for places where our leverage can be greatest. This is why the Kampala Serena Hotel project is so important to us. For - as we look at the countries of East Africa - and at Uganda, in particular - we believe that the travel and leisure sector stands out as one that offers enormous unrealized potential.

AKFED has identified other priorities as well, of course. Basic infrastructure needs are high on our list - as is evidenced in Uganda by both the large Bujagali power development project and the innovative Rural Electrification project in the West Nile region. Another priority is to foster indigenous financial institutions - not only in commercial banking, but also in fields such as micro credit, lease finance, micro insurance and other financial products. Flexibility must be a constant watchword in a world which is changing at an ever-accelerating pace.

Let me conclude by underscoring, once again, a central point - which I hope will be remembered as decision makers in developing countries plan for the future. AKFED will continue to be as supportive and creative as possible in responding to the evolving demands of developing economies. Yes, we must look with care at the dividends we can produce for the co-investors in our projects. But in the end, what will count most for AKFED is what it can contribute to the quality of human life in the cities, provinces, countries and regions in which we function. That will be our most important dividend. 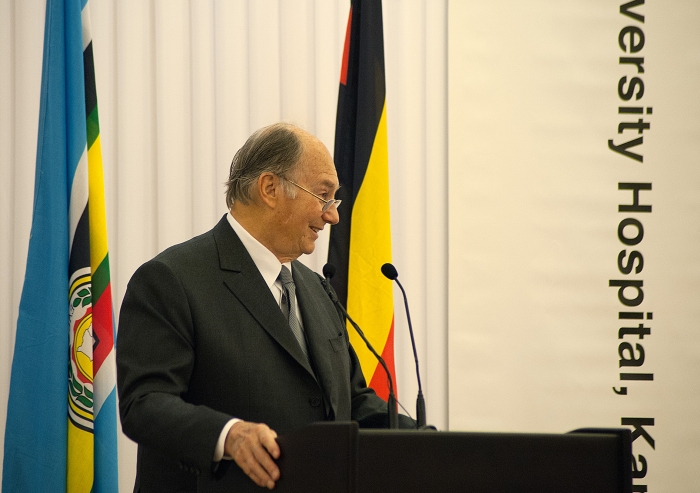 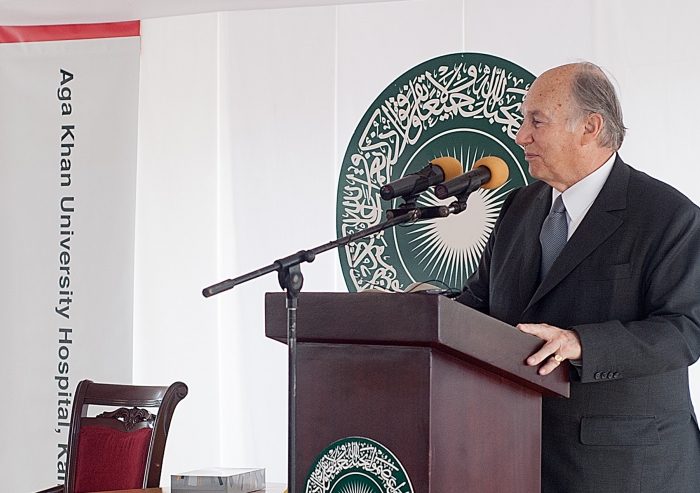