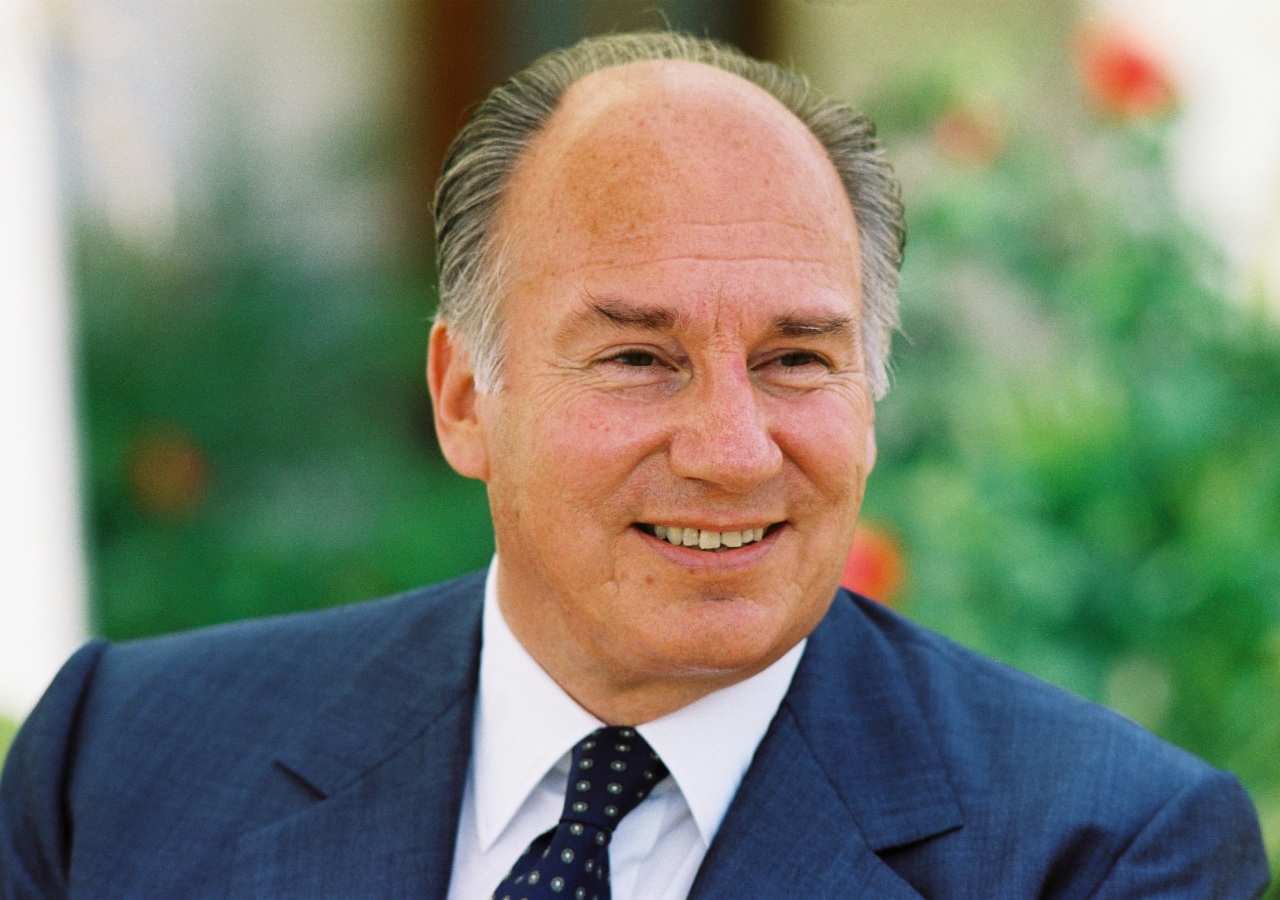 Lunch given by Industrial Promotion and Development Company

It is a great pleasure for me to be here today among such distinguished representatives of Government of international agencies and of business. We have been particularly fortunate to listen to both the Minister for Industries and Commerce, the Honourable Mr Shafiula Azam, and to Dr Hans Wuttke, the Executive Vice President of the International Finance Corporation, who is so closely associated with development projects in many parts of the Third World.

The establishment of the Industrial Promotion and Development company of Bangladesh has been the result of initiatives going back to the late 1970s and I am happy and proud to have played what Mr Al-Husaini has been kind enough to call a pivotal role in bringing together the five partners involved in this collaborative venture.

Because Islam is a total religion, guiding all aspects of a Muslim’s life, as Imam of the Shia Ismaili Muslims I am not only concerned with the spiritual well-being of my followers, but also with their material welfare. This, inevitably, covers a wide range of endeavour from the provision of health care and educational facilities to decent housing and employment. Without honest work a man’s life lacks purpose and dignity. Our faith acknowledges this and established the moral framework within which material endeavour is to be encouraged.

This is why, as well as adding to the schools and medical centres established by my grandfather, Sir Sultan Mahomed Shah, I have also set out to expand the Third World investments which he initiated. Since 1963 I have established the Industrial Promotion Services companies to act in various countries as an agency of the Imamat for economic development. Their activities should not be confused with the less desirable aspects of unrestrained capitalism. All the Imamat agencies and services seek to identify themselves with the objectives of the developing countries and the aim is that the benefits of their performance should be re-circulated within the Third World. Hence my pleasure that Industrial Promotion Services, Switzerland, has become a partner in the IPDC of Bangladesh, in the cause of furthering economic development here.

We are, indeed, no strangers to this country. At one time our jute mills employed 17,000 people and IPS Pakistan was originally established in Dhaka rather than Karachi because we felt the need for investment to be particularly pressing in what was then East Pakistan.

The Honourable Minister for Industries and Commerce has just outlined Bangladesh’s present need for growth and development with admirable clarity and I welcome both his assurances regarding foreign investment, and his adoption of my phrase “the enabling environment”. The New Industrial Policy is indeed a major step towards creating the right environment for expansion and I fully endorse his view that there could be a more appropriate time for the IPDC to start its work of identifying and promoting viable new industrial projects, so broadening the base of the nation’s economic activity. Mr Al-Hussaini has already indicated some of the opportunities available and I have no doubt that those projects the IPDC selects for sponsorship will flourish.

I also hope that the comparatively long time it has taken to bring the IPDC into being will be followed by a rapid assumption of active operations in support of industrial development in Bangladesh.

However, opening the doors to private initiative cannot be one sided affair. It demands a worthwhile response from the private sector to the opportunities the State is offering. Entrepreneurs must be prepared to take this opportunity, to pass through the doors which have been opened, and to demonstrate that their objectives in doing so deserve the support of the State and of the IPDC.

My own Industrial Promotion Services companies have acquired wide experience in this type of operation, acting within the dictates of our social conscience.

They have promoted manufacturing companies in Kenya, Tanzania, the Ivory Coast, Zaire and Pakistan, producing a variety of goods from soap to galvanised iron and sponsoring enterprises as diverse as tourist hotels, insurance and merchant banking. They have helped conceptualise and finance these projects, going on to provide management expertise and supervision. In a second area they have participated in the creation of new institutions, for instance a Tourism Development Bank in Tunisia, a Housing Development Finance Company in India and a venture capital company in Kenya. I am particularly happy that all three of these have been promoted in collaboration with the International Finance Corporation.

In my view this kind of collaboration between the developing and the industrialised countries is essential for progress in the Third World, with private enterprise assisting development by creating a constructive partnership in which foreign and local expertise and resources work together, drawing on the best available from both sides. This is especially necessary during the present recession.

In the past three months I have visited Kenya, Tanzania, Uganda, Senegal and Mauritania. Between now and March I shall be going to Singapore, India, Pakistan and Dubai, and I am receiving a constant flow of reports from those countries. The conclusion I have reached from these short but intensive visits, and from the preparation of them, is that the impact of world recession is hitting the developing countries much more significantly than has been recognised by world opinion, principally because the full picture has not been adequately presently.

That impact is worst in Africa, whilst other parts of the developing world are responding better, some Asian countries particularly so.

Nonetheless the economic problems now facing Bangladesh are not unique to Bangladesh. The depressed world market conditions and the general degradation of the terms of trade which have attacked the value of this country’s jute exports are mirrored by low prices received in Kenya and Tanzania for coffee. Every Third World country is seeking solutions to problems of recession, which are more damaging to Third World countries because their predominantly rural demographic make-up presents them with special problems and they lack the diversified economies of the industrialised nations.

I have asked myself whether it is possible to detect any clear trends in the ways Third World countries are responding to recession and seeking to diminish its impact.

While I would not say there are definite moves towards fundamental changes in political thinking – that the ‘isms’ of the past are discarded and new ones becoming fashionable – and while each country seems to be responding individually to its own specific problems, there is a rapidly increasing premium being attached to the work of creative people and creative institutions.

In fact not only is a premium being put on creativity, there is a premium on locating it, and on harnessing it to the national interest. This premium includes providing a legal and administrative framework in which creativity can operate: that same enabling environment which the Honourable Minister obligingly introduced you to earlier.

Let me give you some examples which, interestingly, span national frontiers, ideological outlooks and different areas of endeavour.

Sri Lanka is actively seeking investments of all kinds to widen the spectrum of national economic activity.

Burma is in the course of a major re-consideration of economic policy.

Guinea has completed part of such a re-consideration and is implanting it.

India is inviting investment from abroad.

Here, in Bangladesh, you have introduced the New Industrial Policy simplifying procedures for private investment and offering incentives for improved production. Significantly a major thrust of your policy will be to create additional jobs in the rural areas through the development of rural and cottage industries.

Making rural populations more productive is, in my view, a key to successful development in the Third World. The urgency of this was highlighted for me by demographic surveys carried out in the mid 1970s in various parts of the Indian sub-continent. Some 400 researchers took part and their reports proved to be a dramatic statement of the poverty differential between rural and urban populations.

I had already appreciated – who could not - that the bulk of Third World rural populations are poor, undernourished, under-employed and social disadvantaged. I had not realised just how far rural incomes fall below urban ones and that the differential between rural and urban dwellers living standards is almost as acute as the much more widely publicised North-South poverty gap in the World as a whole. In consequence, I most wholeheartedly endorse His Excellency General Ershad’s remark in his speech on December 5 that the path to economic emancipation in Bangladesh can be found through the nation’s vast reserve of manpower and its huge area of fertile land.

Whether we are looking at the new Industrial Policy here in Bangladesh, at revised economic policies in Sri Lanka, India and Burma, or at the longer established pragmatism practised in Thailand, South Korea and Singapore, we see the same trend. This is a trend to acknowledge – sometimes openly, sometimes only by implication – that it is of fundamental importance for the Third World to widen the spectrum of activity of creative enterprises and initiatives if the quality of its citizens lives is to be improved. I believe profoundly that effective achievements in all fields of endeavour – in business, in health care, in education and in Government – depend upon a pragmatic and creative approach to the realities which face us.

The enabling environment is made up of many elements. Political stability and confidence in the future. Reliance on a system of laws which encourage enterprise and initiative. Protection of the rights of citizens. These are the kind of factors which attract investments and stimulate the creativity of people in all walks of life. These are what encourage qualified managers, doctors, teachers, nurses and other professional people to stay and serve their country and which persuade those who have left to return. In my view the creation and extension to all areas of the nation’s life of this enabling environment is the single most important factor in Third World development. It is as crucial to national growth as sunlight is to the growth of plants.

Obviously taken the steps to provide this environment will not produce miracles overnight. Growth, whether of plants or national economies, demands time. The newly industrialised nations of South East Asia have leapt the development gap with amazing success, but it has still taken them a generation to do it. Nonetheless they have demonstrated that if an enabling environment is kept on course long enough, it will yield sound, stable, long-term benefits for a nation.

I am confident that Bangladesh will create such an enabling environment and that the sponsors of the IPDC will find that the objectives they have set for their new commitment to Bangladesh are fulfilled, both in terms of the intrinsic quality of the institution they have created and equally in the beneficial role it plays in the nation’s economy.

Thank you very much for inviting me here this afternoon. 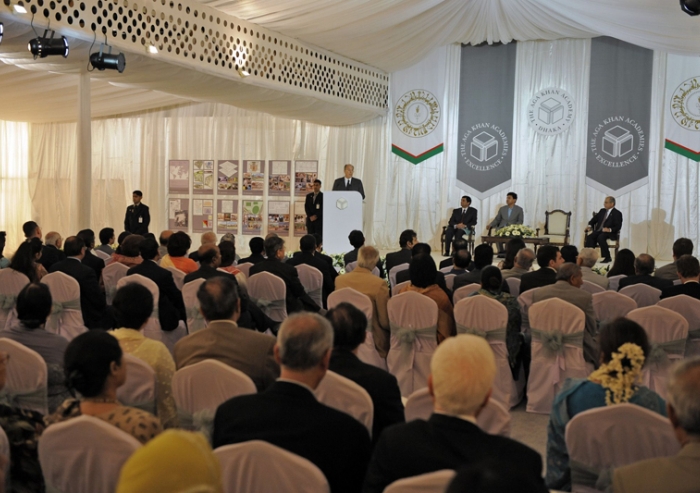 Speech by His Highness the Aga Khan at the foundation stone-laying ceremony of AKA, Dhaka