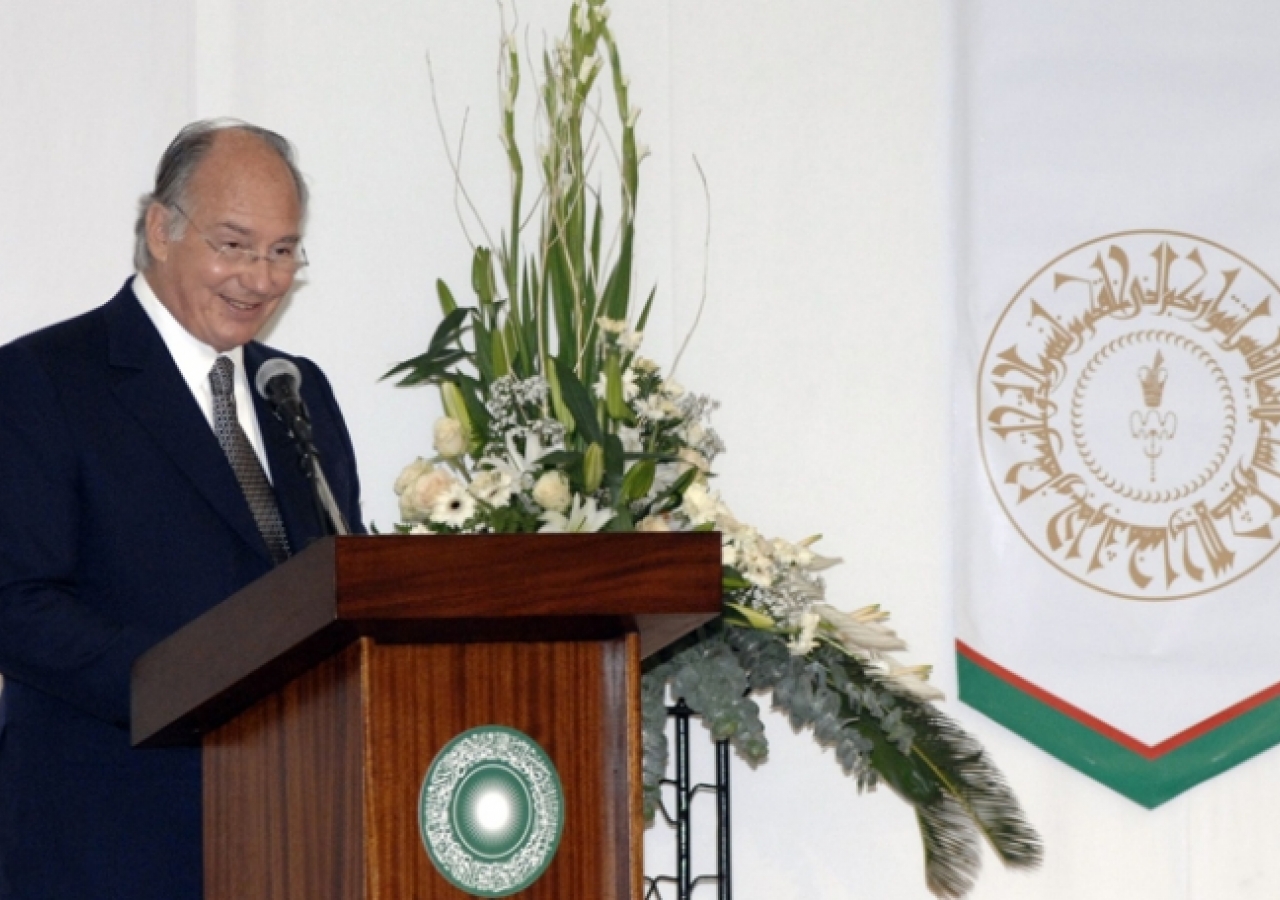 My thanks go out to all of you for sharing in this occasion with me. It is a special one for many reasons - including my close ties over so many years to this country, and to so many here whose friendship has enriched my life. It was just one month ago that I celebrated my 50th year as Imam of the Shia Imami Ismaili Muslims. We are marking that occasion with a series of visits to places where our community has been most deeply rooted. This visit to East Africa is the first of those tours - and that is most appropriate, given Nairobi’s central role both in our community life and in so many activities of the Aga Khan Development Network - including, of course, the educational work of the Aga Khan University.

A golden jubilee is a valuable opportunity for putting the present into historical perspective. In that spirit, I would begin today by emphasizing how my concern for education grows intimately out of my family history. It was just a century ago that my late Grandfather, Sir Sultan Mahomed Shah Aga Khan, began to build a network of educational institutions which would eventually include some 300 schools, many of them in East Africa. My late Grandfather, who was also the founding figure of Aligarh University in India, was renewing a tradition which stretches back over 1000 years, to our forefathers, the Fatimid Imam-Caliphs of Egypt, who founded Al-Azhar University and the Academy of Knowledge in Cairo. And going back even further, I would cite the words of the first hereditary Imam of the Shia Muslims, Hazrat Ali Ibn Abi Talib, who emphasized in his teachings that “No honour is like knowledge.” Those words have inspired an emphasis on education within our tradition ever since that time. That tradition has been expressed in recent decades in many ways, ranging from the sponsorship of Madrasa early childhood projects to the founding of the Aga Khan University and the University of Central Asia. We are also establishing a new network of Aga Khan Academies - outstanding residential primary and secondary schools - teaching the International Baccalaureate and covering no less than 14 countries in Africa and Asia. The first of these is already functioning in Mombasa - I will visit there tomorrow to launch the building of its new residential campus. The Aga Khan University (AKU) itself opened officially in 1983 in Pakistan where, I am happy to note, it has been voted as the country’s leading university, and where it is now establishing a new under-graduate Faculty of Arts and Sciences. AKU is also planning a number of new post-graduate schools in Pakistan and Eastern Africa, to meet important needs in both areas. Amongst these Graduate Schools will most probably be “Architecture and Human Settlement”, “Media and Communications”, “Tourism and Leisure”, “Management” and “Government, Public Policy and Civil Society”. AKU’s expanding presence now includes teaching sites in eight countries, three of them in East Africa, working primarily in the fields of medicine, nursing and education - the East African sites now enroll fully one-third of all AKU students.

This brings me to a central point of these remarks, which is to announce another major step forward for the University. Building on the success of its existing programmes – the Aga Khan University is planning to establish a new Faculty of Health Sciences here in Nairobi. To my knowledge, this will be the first private sector university in Eastern Africa to create a full-fledged Faculty of Health Sciences offering under-graduate and post-graduate degrees in Medicine, Nursing and the allied health sciences. The central challenge of this new faculty will be to address the crucial health care priorities of the East African population - and indeed all of sub-Saharan Africa - from Sudan to Mozambique, from the Indian Ocean to the Atlantic. The new Faculty of Health Sciences will educate future generations of professional leaders in the evidence-based practice of medicine. Emphasizing both teaching and research, it will be accompanied by a major expansion of the Aga Khan University Hospital here, including a new Heart and Cancer Centre, which is scheduled to begin construction this year. What we envision here in the coming years is an institution of some 1000 students and 175 faculty members, admitting students on a merit basis. Our new facilities, including a teaching hospital of 500 beds, will eventually occupy some 80,000 square meters. The total investment over the next fifteen years will be about 250 million dollars. When the project is complete, the Aga Khan University in Kenya alone will employ over 4000 people.

Let me add some further comments about the background to this massive engagement: To begin with, it should be said in all candor that the recent history of higher education in numerous less developed countries has been discouraging. Many development policy makers in the 1960’s and 1970’s simply did not see higher education as a priority concern - instead they incorrectly calculated that they could not justify the cost of higher education from the foreseeable productivity of university graduates. As a result, some African countries which had strong institutions of higher education at the time of their independence, now find themselves unable to achieve even minimum global standards. This sad situation demands urgent attention. In responding, we can try to learn from the successful examples of others. One reason for the success of American higher education, for example, is its highly diversified base - it looks to a mix of national, state, and local governments for support - as well as to the private sector. It thus serves a host of different constituencies, and provides a variety of essential specialities. I believe that the developing countries of Asia and Africa will likewise be well-served by encouraging private, self-governing institutions to develop side by side with those which are supported by the public sector. The challenges of developing any new university are immense. They are massive consumers of human and material resources - even when they fall short of world-class standards. This means that the sponsors of new universities in the developing world will need to make significant long term commitments - and be capable of keeping them. They will also need access to the right human resources, as well as global perspectives on higher education, and a sense of complete dedication to the highest educational standards. AKU is developing close partnerships with universities and centres of excellence around the world. It is also expanding geographically - throughout the East African region, for example. But for its work to be optimized here in Kenya - especially in the field of health sciences - processes such as accreditation and the recognition of medical credentials may need reviewing. While Eastern Africa presently lacks a strong private university sector, this trend is changing. My hope is that the commitment we are announcing today will encourage other private initiatives, while also encouraging educators from the public sector to welcome private institutions as complementary players rather than as competitive ones. The initiative we are describing today blends the realm of education with the realm of health care - so let me take a moment to say that our concern for health care also has deep and well-developed roots. The Ismaili Community in Kenya has been closely involved in health care in this country for many years, and numerous members of the community have become doctors, dentists, pharmacologists and nurses. Meanwhile, the community and the Ismaili Imamat have fostered the development over fifty years of the Aga Khan Hospitals in Nairobi, Mombasa and Kisumu. These institutions, staffed by some of the most talented professionals from within the Ismaili community and from outside, have, I believe, served the surrounding populations with integrity and commitment. The Aga Khan Hospital here in Nairobi was the first multi-racial hospital in colonial Kenya, and it has recently set another new precedent by becoming the first private sector hospital in Kenya to educate in medicine and nursing, through its new affiliation with the Faculty of Health Sciences of AKU in Pakistan.

Earlier, I discussed the need for private and public cooperation in the field of education. The same approach is also needed in the field of medicine. I am aware of perceptions that private health care in Kenya is expensive - health care worldwide, in fact, is becoming more expensive every year. Sophisticated equipment is increasingly costly, and new technologies are replacing old ones at shorter and shorter intervals. More and more, the treatment of complex cases is calling for teams of specialized professionals rather than single generalists. The Aga Khan Hospitals in Kenya, and everywhere else they exist - in India, Pakistan, Afghanistan and Tanzania - operate on a non-profit basis - no dividends are ever distributed, but they also aim to operate on a break even, self-sustaining basis. In this way, if new external funding is available, it can provide for expanded facilities, new buildings and expensive new equipment, rather than compensating for operating losses. This is the only way that private institutions can provide ever-improving services, which will, in turn, have a beneficial impact on the quality of medical practice for the whole of society. Even as we recognize the realities of private medical care, so we must recognize the importance of the public health care sector. In discussing this topic, I want to acknowledge the importance of the Kenyan Ministry of Health’s assertive push towards a national health sector strategic plan. Such plans are essential not only for Kenya, but also for other developing countries. They should, no doubt, be drawn in wide consultation with all the stakeholders, including those from the private sector, who are the majority providers in Kenya. In such plans, the question of human resources will be central. How will Kenya retain as many of its qualified practitioners as possible, reversing the trend toward a greater foreign migration of medical and nursing personnel? How can we attract back the Kenyan professionals who have left to practice elsewhere? The answers will be complex. But the creation of a world class health care faculty for the Aga Khan University, and the expansion of its teaching hospital, should make an important contribution to that goal, and thus to the achievement of global best practice standards throughout the region. Thank You. 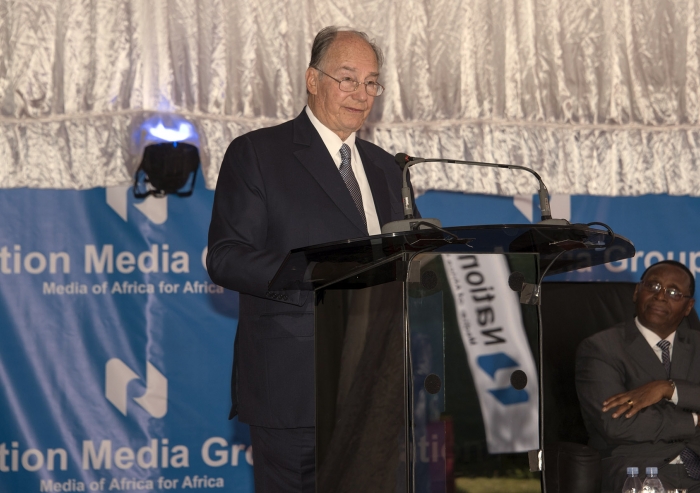 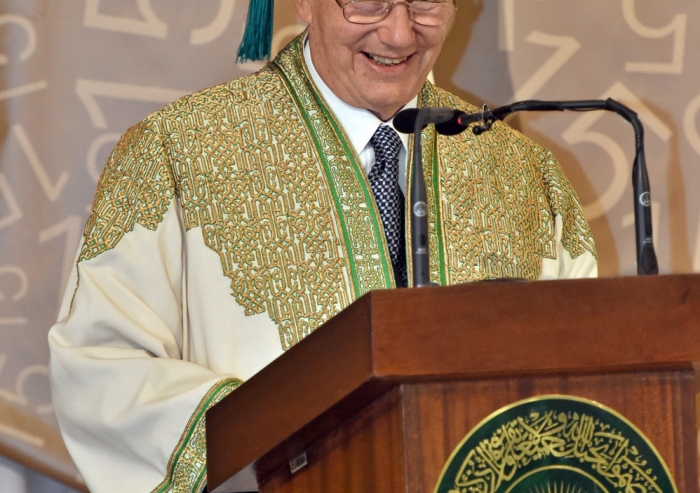