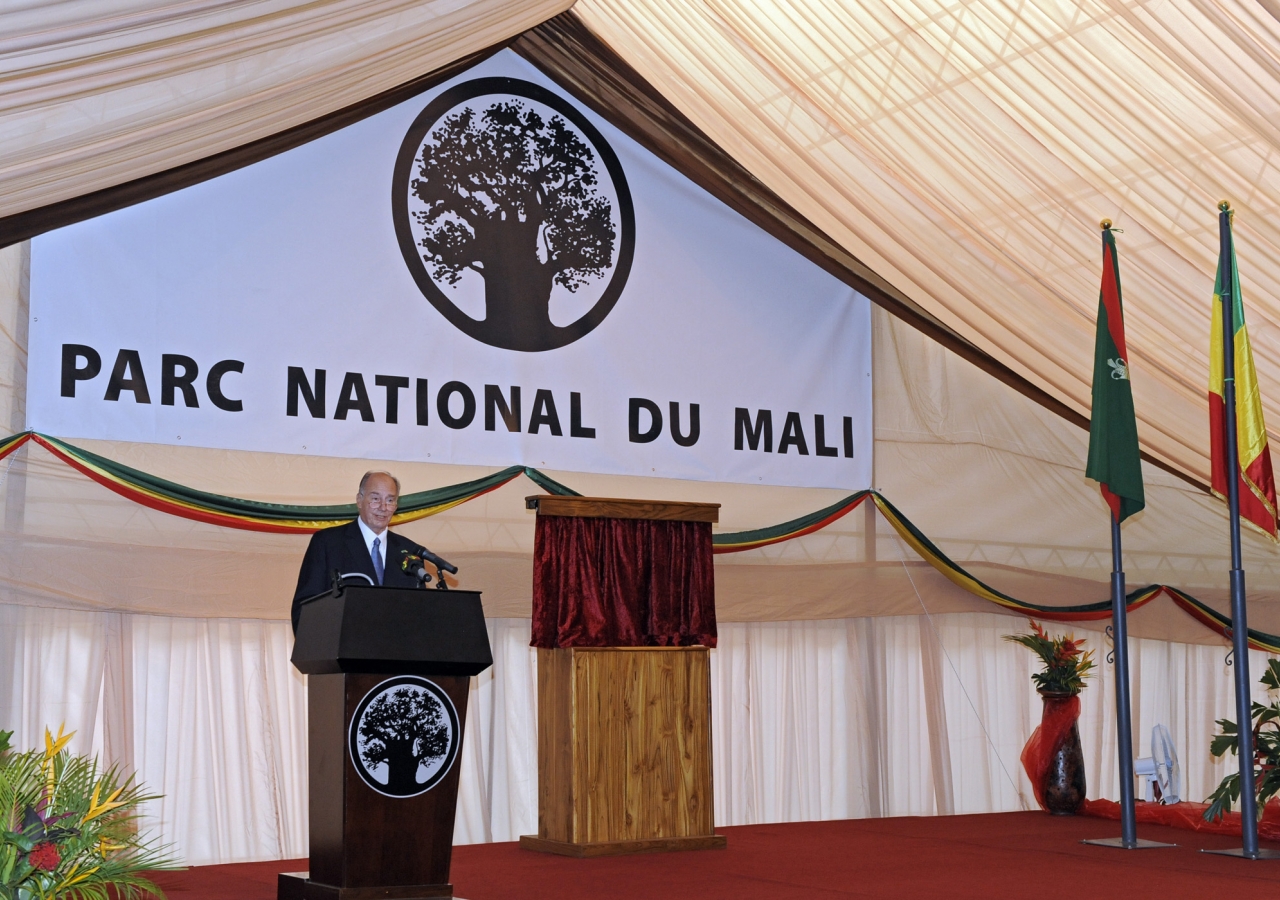 Inauguration ceremony of the National Park of Mali

As we say,
Asalaam-o-aleikum,
First of all I would like to thank His Excellency the President of the Republic of Mali for the very warm welcome extended to me by the government and by himself personally during this visit – a visit which has particular significance on this anniversary of the independence of your magnificent country.

I would also like to thank the Government of the Republic of Mali and in particular the Minister of the Environment and Sanitation and the Minister of Culture for their exemplary partnership with the Aga Khan Trust for Culture and for the trust they have placed in us.

I would like to say how happy and proud we are to be involved in the creation of the National Park of Mali, the inauguration of which takes place as part of the festivities celebrating the fiftieth anniversary of the country’s independence. This gives me a welcome opportunity to convey my warmest congratulations to the government and people of Mali for these fifty years dedicated to the construction of a democratic nation, which you have rightly observed, Mr President, should be “inspired by its history and confident of its future in Africa and on the world stage”.

Bamako currently has the fastest-growing population of any African city: it has nearly 2 million inhabitants today and at this rate its population is set to double in 15 years. Growth on this scale requires a considerable effort on the Government’s part to create the infrastructure and public facilities commensurate with this expansion. The National Park of Mali, which we are inaugurating today, comes therefore at a highly opportune moment because, in parallel to the Government’s efforts, the project makes a substantial contribution to improving the urban environment of Bamako.

Indeed the importance of green spaces in fast-growing mega-cities cannot be underestimated, and here I would like to pay homage to the vision of President Amadou Toumani Touré and to the remarkable initiative taken by the Government of Mali.

Like Mali itself, this Park has the mission of upholding the country’s tradition of encounters and dialogue, while preserving the natural heritage and ecosystems of which man has stewardship, as the Holy Qur’an instructs us.

Inspired by this vision, the Aga Khan Trust for Culture’s Historic Cities Programme has created and manages urban park projects in locations as diverse as Cairo, Kabul, Delhi, Khorog, Zanzibar – and, today, Bamako.

Creating green spaces in urban areas constitutes a significant improvement in the quality of the environment and people’s living conditions. They are leisure spaces and meeting places for all ages and all social categories, encouraging different sectors of the population to mix and integrate. And they have proved to be catalysts for economic activity and a source of employment, both directly and indirectly, particularly through the services provided for visitors.

The National Park of Mali is an exceptional project and once again, Mr President, I express my thanks to you. The AKTC’s approach to the development and realisation of the Park follows two principles which previous projects have shown to be effective:

The National Park of Mali is also one of the largest urban parks on the African continent, and a remarkable achievement in several respects:

Beyond this, the National Park of Mali is also an institution with an educational mission, aiming to raise awareness among the public as a whole, and among children above all, on the judicious use of environmental resources. With this aim, the Park’s Maison de l’Environnement (environment centre) will be launching a pioneering programme, following on from the programme established several years ago by “Agir”, an NGO devoted to the environment and quality of life in Mali.

Finally, sport has always been popular with the people of Mali and remains one of the Park’s strong points with the building of a huge sports centre, along with fitness trails featuring specialist equipment for gymnastics, running, cycling and climbing.

Today, parks meet the needs of many city-dwellers wanting to relax in a natural environment. This explains the success among local communities of parks already created by AKTC. Experience shows that these urban parks are a vital public facility, frequented by city-dwellers in their hundreds of thousands. The Cairo park, for example, now receives more than 2 million visitors a year.

Our goal was not just to build a major environmental infrastructure and a central attraction for Bamako’s inhabitants and visitors, but also to create a cultural space contributing to the city’s economic and social development.

Creating the park was in itself a means of injecting resources into the local economy. It generated thousands of days of work and 130 permanent professional posts. Moreover, most of the construction materials were of local origin, as were the skilled workers. A stone-carving workshop and a nursery have been set up to train specialists in these fields. The Park therefore represents not just an economic and technical investment, but also a commitment to training and employment.

For all these reasons I hope that the Park will one day be regarded as a model for the rest of Africa.

Today, thanks to the combined efforts of the Government of Mali and the Aga Khan Trust for Culture I believe that we are offering Malians a new quality of life and I hope that over time the National Park of Mali will become an integral part of their daily life. Along with a high-quality natural space and outstanding cultural facilities – the former Botanical Garden and the National Museum – the project may in a later phase extend to include the Zoological Gardens and the protected Koulouba forest.

As the Malian saying goes:
“Even if a tree stays a long time in the water it doesn’t become a crocodile.” So it is important that the trees remain in the park and the crocodiles stay in the zoo – and that both, nonetheless, can be admired!