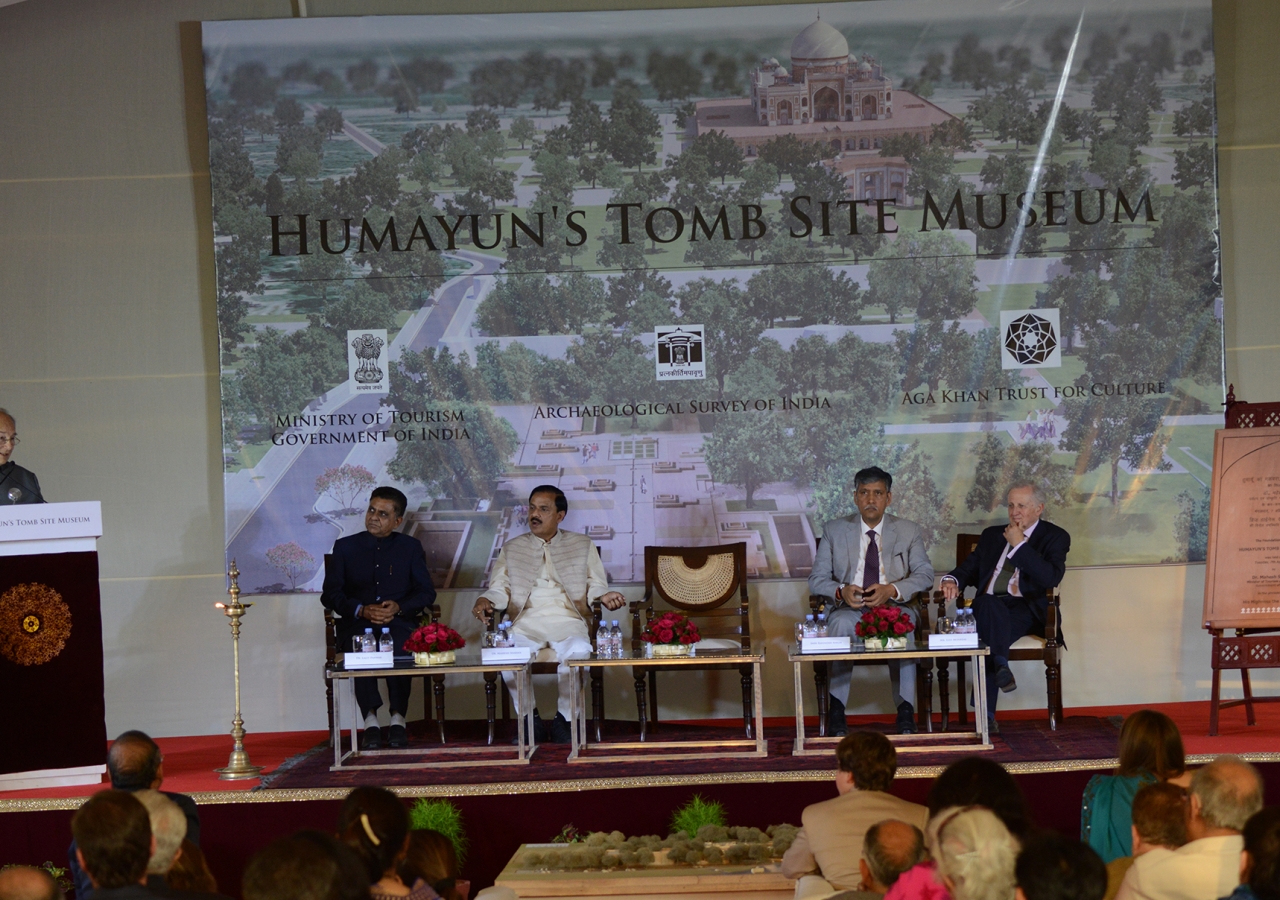 You have been most generous with your comments this afternoon and I thank you warmly for the encouragement you have given to the people of the Trust for Culture and myself. And I would like to begin these comments by repeating what I said when the foundation-stone was laid sometime ago of the restoration of the Humayun’s Tomb.

We are a partnership. We are not working alone with the Trust for Culture. We are working in a magnificent partnership between public authority and private initiative.

And if we did not have that support from the government, the Archeological Society and others we could never achieve what we have been able to achieve up to now.

His Excellency the Minister referred to the Taj Mahal. We have learnt in the Trust for Culture to be very humble in front of exceptional historic buildings. I am not sure we would dare touch the Taj Mahal. But if that is what is requested and we can contribute in some way, we will.

I would like to extend to you all my warmest welcome as we share together in this foundation stone ceremony.

Even as I welcome you, I also want to thank you – not only for your presence, but also for the support you have given in so many ways, as partners in this path-breaking restoration project.

Some of you were here – just a year and a half ago – when we inaugurated this Tomb complex. I said that day that “partnership was the watchword” in the work of the Aga Khan Trust for Culture – and for this project in particular. So I welcome you – and I salute you – in that Spirit of Partnership.

This Museum, as you may know, has been designed as a Gateway – a Connecting Point -located at the juncture of three historically connected sites: Humayun's Tomb and its Gardens, Hazrat Nizamuddin Basti, and the Sundar Nursery.

In connecting these sites, the Museum will also serve as a bridge between the present and the past – linking the modern city of Delhi to its remarkable heritage – and thus providing a Gateway to a truly extraordinary period of human history.

That remarkable chapter in the human story extended over 170 years – the era of the Mughal empire. It was a time of enormous accomplishment – and enormous significance. Geographically it covered much of what is now India, Pakistan, Bangladesh, Afghanistan, and Tajikistan. In terms of governance, it included hundreds of millions of people, covering an enormous spectrum of religious faiths, cultural practices, and ethnic identities.

It was led by men whose talents in statehood and in military affairs were remarkable – and their impact was felt in virtually every dimension of human existence, both within the empire and outside. Many of the Mughal rulers, perhaps most of them, were also exceptional leaders in the acumen and insight which they brought to their leadership roles. They were statesmen who would have excelled in any time.

Consider, for example, Humayun himself, who governed an area of one million square kilometers – and who was remembered as much for his peaceful and forgiving temperament as for his military conquests. His rhetoric was said to be non-provocative, his style that of a diplomat. And it was these qualities that were inherited by his son, the Emperor Akbar, who further broadened the Empire – and who strengthened it through a policy of universal tolerance – one that welcomed the vast diversity of his many subjects.

So to use a well-worn but well-considered phrase, it “staggers the imagination” to think of what was created here during the Mughal period, on a scale and with a splendor that had not existed before. And its accomplishments have continued to inspire subsequent generations.

Through the centuries, millions of people have made their way here. They have come to see these architectural achievements – the oldest and largest Indo-Islamic architectural complex. They have come to admire the decorative genius that we have around us – and to think about its continuing influence in contemporary life.. They have come to enjoy the green spaces that are such an essential part of this complex – reflecting the profound harmony that can ideally unite our natural and our built environments.

And now, as a new Museum is born on this site, visitors will be able to learn in greater depth why these legacies were built, how they served the court and society more generally, and what they have meant since.

They will also be able to share in the lessons that have been learned as these sites have been restored – in ways that have enhanced the social and economic life of the surrounding communities. New jobs have been created, new skills have been mastered, new commercial opportunities have been opened, and new environmental protections have been fostered.

I would mention here, as one example, the lessons we have learned about urban green spaces – which too often have been seen as unproductive areas, at best, and even as financial liabilities. But the experience of the Aga Khan Trust for Culture has been very, very different. In places as varied as Cairo and Kabul, and now here in Delhi, green spaces have generated enough income not only to cover their maintenance costs, but also to drive a broad range of further developments – while immensely enriching the quality of urban life.

In these and many other ways, the valuable lessons that have been learned here will make this space a model for other cultural sites around the world.

And so it is that we express our gratitude to The Ministry of Tourism, and to all the other partners who have joined with the Aga Khan Trust for Culture in this important work. We are deeply thankful for the opportunity we have been given by the Government of India to participate in the revival of 170 years of unique human history here in India.

And again, we thank you for celebrating with us today the legacy of a distinguished past – and its potential to enrich our future. 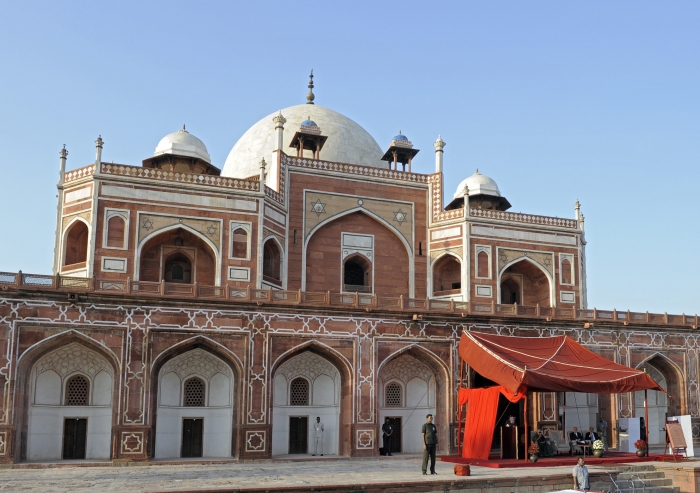 Inauguration ceremony for the restoration of Humayun's Tomb