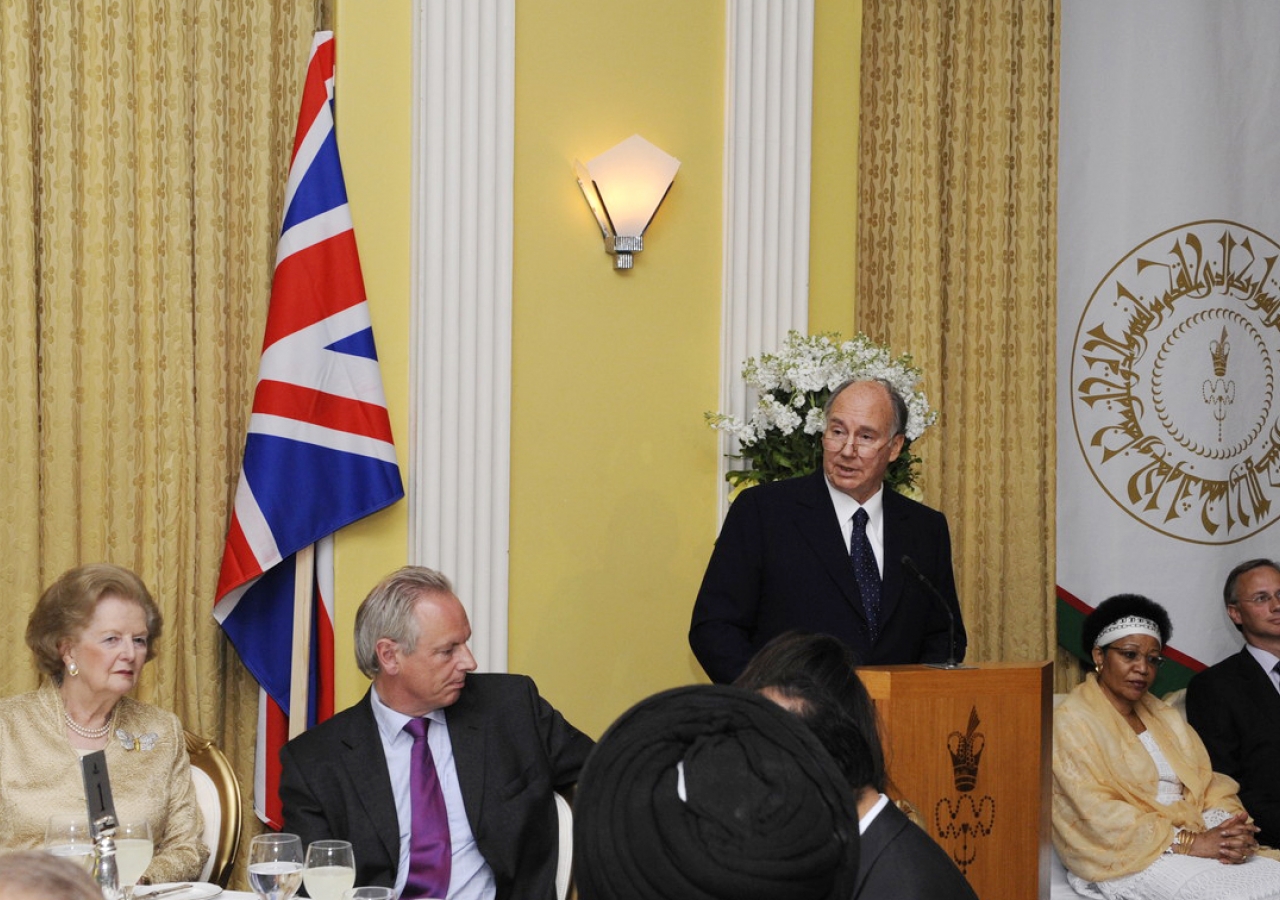 Dinner hosted by His Highness the Aga Khan

What a great pleasure it is for me to welcome you tonight - to greet so many friends, old and new - and to acknowledge how much your friendship - and that of this country - has meant to me.

I am deeply grateful for your warm welcome. I am no stranger to London, but this is a very special visit, as it is part of a year-long celebration - the Golden Jubilee anniversary of my Imamat.

I came to this office in 1957 upon the passing away of my grandfather. I was an undergraduate university student at that time - and perhaps I seemed a rather unusual student, when I showed up for the next school term with two secretaries and a personal assistant!

In Islamic thought and practice, the world of the spirit and the world of daily life are inseparably intertwined. This is why, over a half century, my role as a spiritual leader has also required me to act in a host of social, economic and cultural endeavours, in order to secure and enhance the well being of the Ismailis and the communities amongst which they live. The Aga Khan Development Network has grown out of those efforts, and I am happy to say, the size of its staff has also grown just a bit since my undergraduate days!

In all of these endeavours, we have developed wonderful partnerships with many institutions around the world. And many of our most effective partners have come from this country.

These partnerships have involved many collaborators - governmental and private, academic and charitable, non-profit and commercial, religious and secular, national and international - providing not only financial resources but also human resources and intellectual capital. London has also been an important base for our work with Governments around Europe, and with the European Union itself.

Many of our partners - from the UK and other parts of Europe - are represented here tonight. We have been fortunate in these relationships, and I would like to express my deep gratitude to all those who have made them possible.

Our spirit of partnership here has deep roots. Over a century ago, my grandfather, Sir Sultan Mahomed Shah Aga Khan, worked closely with Her Majesty Queen Victoria and her governments in the pursuit of common ideals. These ties were further strengthened by the strong presence of the Ismaili community - initially in places which later became Commonwealth countries, and later, here in the United Kingdom.

Many of the developing countries in which Ismailis lived were just coming into independent nationhood when I took office fifty years ago. Since that time, my attention has been focused on their challenges. My goal has been to improve the quality of life and to build new opportunity for Ismailis and the peoples amongst whom they live, while strongly supporting their pluralism and diversity.

The approach we take in the Aga Khan Development Network is non-denominational and holistic. It encompasses both the for-profit and not-for-profit sectors. We seek to catalyze the creation of necessary basic infrastructure, together with the provision of good quality education and healthcare. We are concerned with ensuring access to appropriate credit for the poor at the same time as we are working to sustain the arts and culture.

It is particularly in the field of rural development in East Africa, South East Asia and Central Asia that we have established long standing and successful programmes with the Department for International Development. This has been born of a common philosophy and approach, and has resulted in an improvement in the quality of life for tens of millions of people in some of the poorest regions in the world.

It is striking to me that in 1957, there were only about 100 Ismaili residents in this country, and most of them were students. Today, there are fourteen thousand Ismailis permanently living here and of all ages and walks of life.

Our story in this country is a case study in the settlement of an immigrant community - one which originated from East Africa, the Indian subcontinent and now Central Asia. Upheavals in their native lands - wars of independence, civil wars, collapsed economies and other dislocations affected the Ismailis and millions of others around them. Today almost one third of my community in this country have been born in the United Kingdom. They have maintained their religious and cultural identity and they are well integrated into their local environment. It is a community in which over 90 per cent of the university age population participate in tertiary education. The average household income is a third higher than the national average - although I say this with some trepidation as I hope we are not being overheard by Her Majesty’s Revenue & Customs!

Britain has been an enabling environment. As a result, the community is now making a meaningful contribution to the economy and civic society, whilst also providing a resource to support initiatives in other parts of the world.

In 1957, there was only one Ismaili space here for congregational prayer - and that was on leased premises! Creating places of prayer as centres for community life was fundamental to ensuring the cohesion of the community, and there are now over 40 such places. Among them, of course, a central focal point is The Ismaili Centre, located in South Kensington. Having Baroness Thatcher with us tonight is particularly significant because The Ismaili Centre was opened by her in 1985.

Like other Ismaili Centres around the world, the London Centre serves not only as a gathering place for Ismailis, but as an active participant in local society, sponsoring a variety of cultural initiatives - exhibitions, lectures and other public events. These efforts reflect our pride in our heritage and our eagerness to share it with others.

We have also, in these recent decades, established two new institutions of higher learning here, The Institute of Ismaili Studies, and The Institute for the Study of Muslim Civilizations, which is part of the Aga Khan University. They both offer Masters level teaching programmes, they engage in research and publication, and they also develop curriculum materials for children in primary and secondary schools. In all these efforts, they take a holistic, civilizational approach to Islamic studies, rather than emphasizing the more narrow domain of theological dialectic.

What some describe as a clash of civilizations in our modern world is, in my view, a clash of ignorances. This is why education about religious and cultural heritage is so critically important—and why we will continue to invest in these institutions. We deeply believe that scholarship, publication and instruction—of high quality and generous breadth-- can provide important pathways toward a more pluralistic and peaceful world.

All of these comments, then, speak to the context in which we gather tonight-- a rich history of partnership reaching deeply into the past - and extending, we hope and trust, into an even more productive future.

Thank you very much. 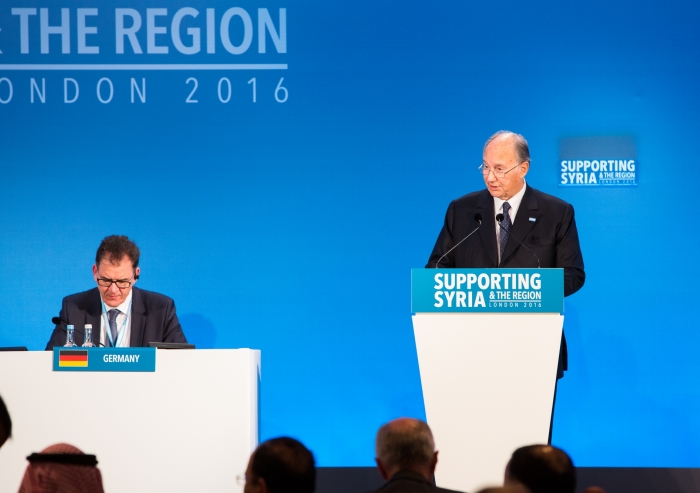 Supporting Syria and the Region Conference 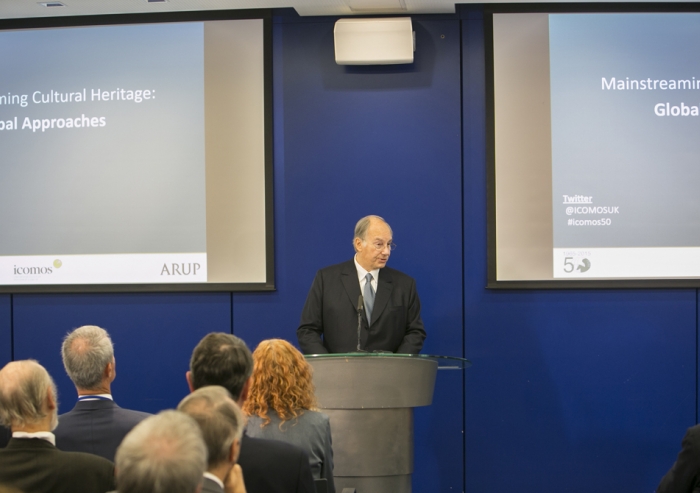