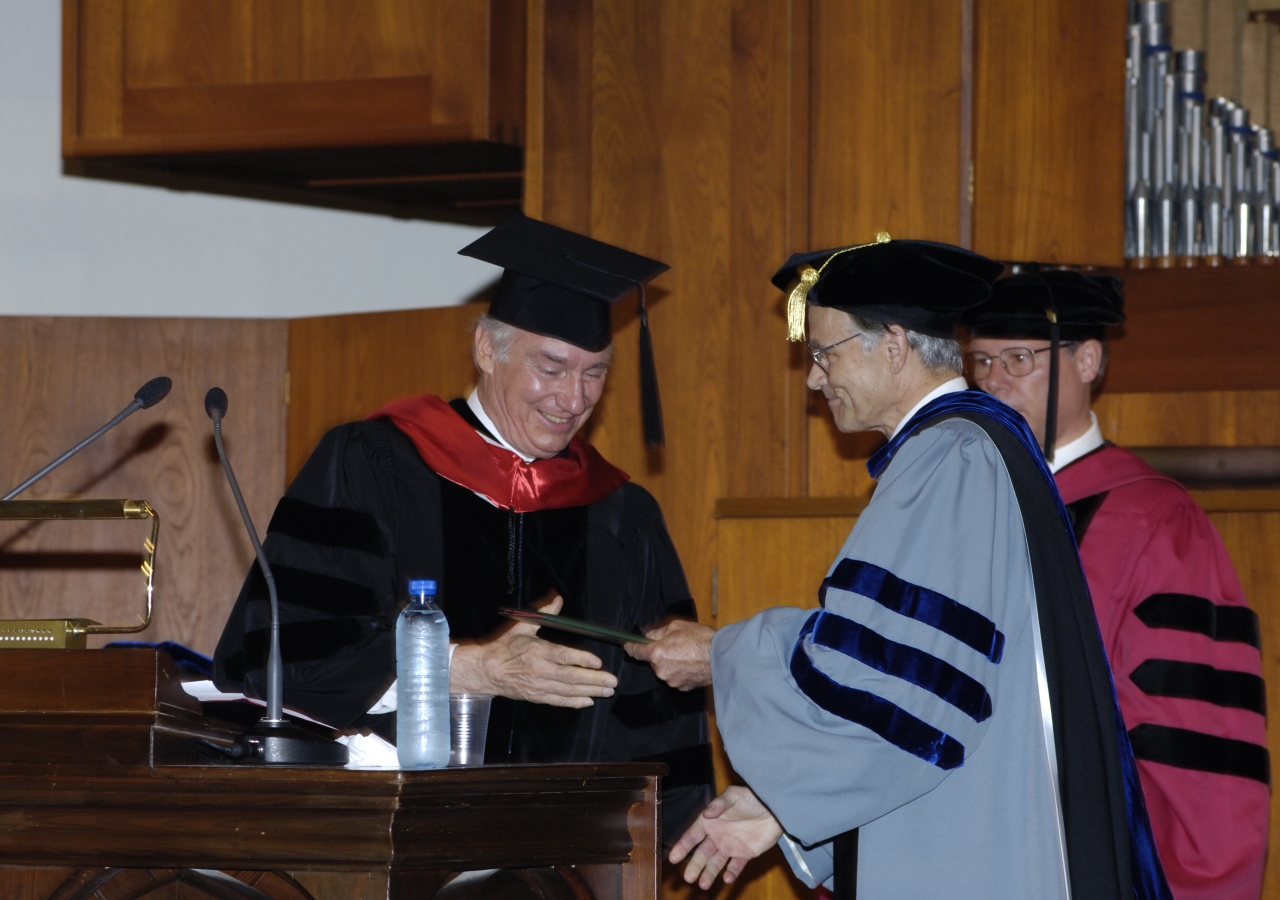 I am most grateful to the American University of Beirut for this award. I accept it with much happiness and humility, cognisant of the great distinction and achievements of fellow recipients whom the University is also honouring.

I have a personal reason for being particularly pleased and grateful for the honour which AUB is bestowing upon me today: as I was completing my undergraduate years in Islamic studies at Harvard, I had been looking forward to further these studies at the post-graduate level in the Islamic world, and my choice at that time was AUB.

These post-graduate studies never became part of my life, as I inherited my responsibilities as Imam of Shia Ismaili Muslims upon my grandfather’s death in 1957 while I was still an undergraduate.

Although I have never therefore been an enrolled student here, this great university has always been part of my academic horizon, where some 40 years ago, I supported the introduction of studies in Muslim civilisations and cultures through an Aga Khan Chair in that discipline.

This long relationship has been further strengthened by the valued support which AUB’s faculty of architecture has given the Aga Khan Award for Architecture. AUB is now a founding partner in the development of ArchNet, a pioneering joint effort by the Aga Khan Trust for Culture, Harvard University and the Massachusetts Institute of Technology that offers a global, online research tool in the built environments of Muslim societies.

It is my hope that AUB will also collaborate in the new Global Centre for Pluralism that we are establishing in Ottawa, in partnership with the Canadian Government. This research and education centre will work with governments, academia, and civil societies in culturally diverse countries worldwide to help develop the tools and policy frameworks for promoting pluralist values and practices in all spheres of modern life.

AUB is eminently placed to contribute to this endeavour given its steadfast commitment to the ethic of inclusiveness. Nobody will forget the immense price that this university paid in the Lebanese civil war, but even this failed to deter it from its mission of building tolerance and understanding – so critical in the culturally diverse Lebanese society.

The University’s fidelity to its founding notion that disciplined, objective inquiry is the property of all humanity, attracts faculty and students of high calibre from dozens of countries and cultures, challenged not only to excel in their chosen fields, but to place their knowledge in the wider context of humanity’s pluralist heritage.
This is a core principle of my own faith – Islam – that learning is ennobling, regardless of the geographic or cultural origin of the knowledge we acquire.

Such teachings spurred a spiritually liberated people to new waves of adventure in the realms of the spirit and the intellect, amongst whose visible symbols were the University of al-Azhar and Dar al-Ilm established by my Fatimid ancestors in Cairo, and the illustrious counterpart institutions in Baghdad, Cordova, Bukhara, Samarkand and other Muslim centres.

There is an intimate, centuries-old link between the most glorious periods in Muslim and Judeo-Christian civilisations and their institutions of higher learning. In those terms, AUB is relatively young with a history that goes back nearly a century and a half, but it is recognised worldwide that during those 139 years, it has had an influence over Lebanon, and the region more generally, infinitely greater than its age. Clearly, it has chosen with great wisdom those areas of knowledge which are particularly important for the future of the peoples in this part of the world, educating men and women to graduate with outstanding qualities of leadership.

The sentiments, which shaped this link, enlivening the great and civilising exchanges of knowledge and wisdom, are very much evident on this campus today. They are a legacy that is the strongest shield against clashes of ignorance.