A rich history of the Scout Movement in Portugal

The history of Scouting in the Portuguese Ismaili community began in 1934 in Mozambique. The Scouting tradition continued as members of the Jamat emigrated from Mozambique to Portugal. Today, the Ismaili Scout group in Portugal is the second largest group in the country. 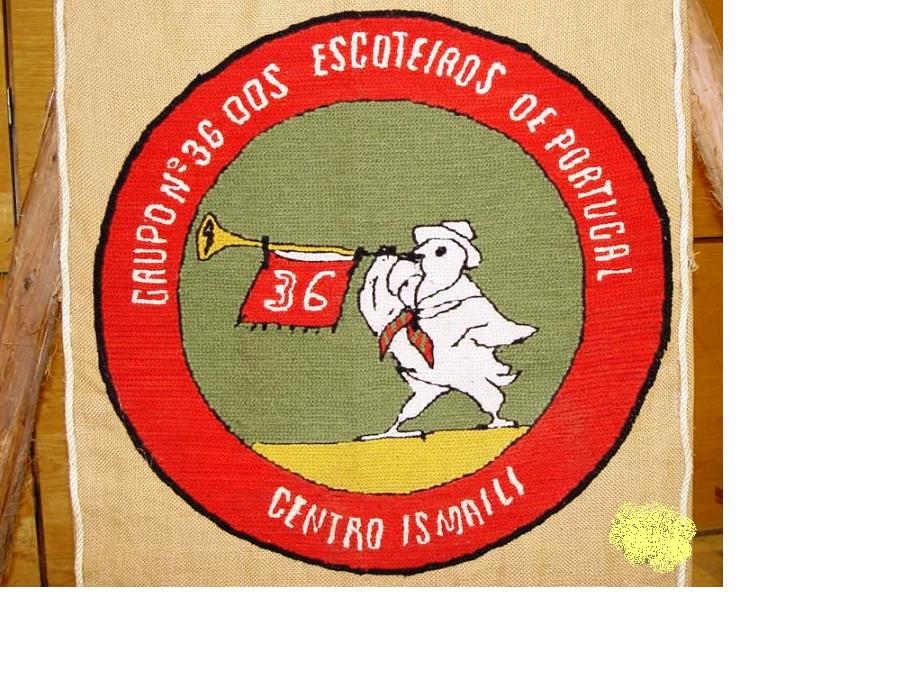 Emblem of the Group 36 Scout troop in Portugal. Courtesy of Ismaili Council for Portugal

Founded by Lord Robert Stephenson Smyth Baden-Powell in 1907, Scouting is a worldwide movement with the aim of supporting young people to play a more constructive role in society by investing in their physical, mental and spiritual development. The current Ismaili Scout programme in Portugal can trace its origins to the Mozambique Jamat having been introduced by Akbaraly Nordin and Gulamali Rawjee in 1934. In 1974 the Group was discontinued with the migration of the Jamat to Portugal, although the Scouting spirit never ceased. In April 1976, led by Scout Chiefs Nizarali Guiga and Nurala Nurdin, the tradition was revived with the establishment of Group 36 of the Portugal Scouts Association, .

The youth in Portugal were immediately drawn to Group 36, committing time and effort to community activities, serving both the Jamat and wider society, and contributing to a sense of unity among young people in the Ismaili Jamat. The movement grew so quickly that for years, Group 36 was one of the largest Scouts groups in the entire Portugal Scouts Association. In May 1999, having further grown in number and scope, the Ismaili Scouts group was given a home-base in the Ismaili Centre, Lisbon. Today, Group 36 is the second largest Scouts group in all of Portugal.

The Scouting Organisation and Group 36 enable young women and men to work together in order to learn new skills, achieve personal growth, and realise their full potential. Khairunissa Jafar, an active member of the group, explains: "Each person that has to take-up a task gets the chance to acquire skills in the areas of their personal interests such as learning how to conduct first-aid, handle tools, and take inventory. Every scout learns to manage, lead a group and provide for the development of the people under their responsibility. Each one of these tasks brings a lot of responsibility and commitment, which are critical features for the development of a Scout and a citizen. The Scout motto Be Prepared reminds us to always be prepared to work, to learn, and to serve." 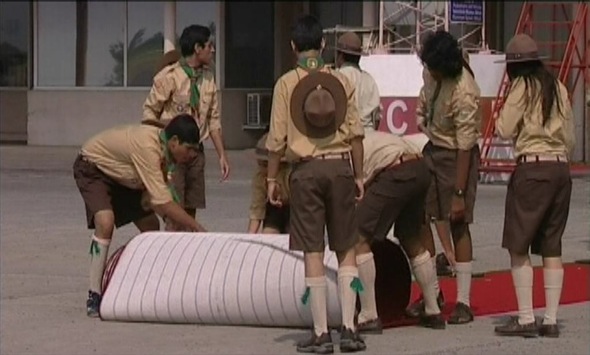 Since their formation more than 30 years ago, Group 36 has supported numerous events including the opening ceremony of the Ismaili Centre, Lisbon; several Portuguese Scouting gatherings at the International Scout Camp of Caparica; the Euroventures Conference; and Mawlana Hazar Imam's recent visit to Mozambique. In addition, they have been regular volunteers at the Aga Khan Foundation, Portugal's fundraising event "Marcha Por Uma Causa" (Walk for a Cause) where they have assisted with logistics, organisation, and implementation. More recently, the members of Group 36 helped victims of the aftermath of the Seia wildfires, travelling to the region and distributing emergency rations and care packages.

The Scouts played an important role at the Euroventures Conference held at the Ismaili Centre, Lisbon in October 2007. In addition to welcoming the conference participants, speakers and distinguished guests, Group 36 also provided participants with information about Portugal. Impressed with the Scouts dedication to service, Prince Rahim Aga Khan, who attended the Euroventures Conference, signed the group's Book of Honour and accepted the Group 36's kerchief as a token.

The motivation and dedication of Group 36 has not gone unnoticed by the Portuguese Scouts Association. Recently, three members of the group were awarded the prestigious title of Escoteira da Patria, the highest honour possible among the Portugal Scout Movement. The recipients - Shirin Bhaloo, Khairunissa Jafar and Sofia Remtula - were recognised for their individual and group achievements in contributing to society and the people around them.

Group 36 Scouts in Portugal in 1999. Courtesy of Ismaili Council for Portugal

Khairunissa Jafar, reflecting on the honour she received, explained the value of her Scouting experience: "Scouting strengthens the values of sharing, friendship, and how to give and how to receive. It also teaches us self-reliance, how to act and to manage our available resources. The Scouting process enables us to overcome difficulties and not only learn how to survive, but also how to live. It teaches us to lead, to be responsible, and to do our best in a thorough way."

The Scouts in Portugal celebrated their silver or 25th anniversary in 2001 at the International Scout Camp of Caparica, taking part in special event discussions on the new opportunities within the European Union. The event was attended by over 600 Scouts from across Portugal and Europe.

Celebrating culture, diversity, and pluralism at the Ismaili Centre Lisbon