Before entering the presidential palace on Monday, Mawlana Hazar Imam and President Marcelo Rebelo de Sousa paused to observe the Portugal Army Band’s rendition of the Portuguese National Anthem and the Nashid al-Imamah.

During a one-to-one meeting, the two parties discussed areas of mutual cooperation.

President de Sousa will host a dinner in honour of Hazar Imam on Monday night. Portuguese government officials and leaders of the Jamat and the Aga Khan Development Network are expected to attend.

At their last meeting in July 2017, President Marcelo Rebelo de Sousa decorated Mawlana Hazar Imam with the Grã-Cruz da Ordem da Liberdade — or Grand Cross of the Order of Liberty — in recognition of his service to uplifting lives around the world.

Hazar Imam arrived in Portugal on 6 July to attend events marking the conclusion of the Diamond Jubilee; a celebration of 60-years of his Imamat. While in Lisbon, he is also expected to address the Portuguese parliament on 10 July, which will be streamed live on https://the.ismaili/live at 11:45 AM Lisbon time.

This is a historic time for the Ismaili Muslim community. Thousands of Ismailis have travelled to Lisbon from far and wide to take part in festivities related to the end of the Diamond Jubilee. 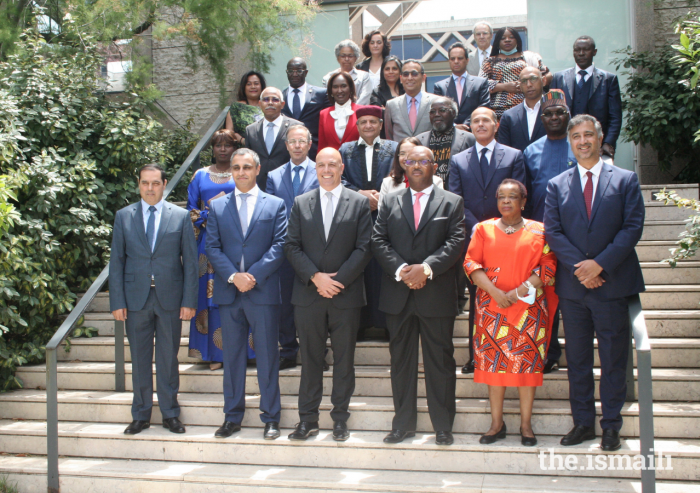