Skip to main content
The.ismaili > Portugal > Jamat and AKDN team up in response to flooding in Mozambique
Previous Pause Next

When heavy January rains caused massive flooding in south and central Mozambique, national authorities appealed for help. More than 285,000 people were affected, and some 185,000 had to abandon their homes for higher ground where state accommodation centres had temporarily been set up. The vast majority of those affected had lost their their houses, cultivated lands, schools, health centres, roads, and other important infrastructure.

The Ismaili community and the institutions of the Ismaili Imamat in Mozambique quickly mobilized a response. A donation of food products, cooking utensils, pharmaceuticals, school supplies, clothing, construction materials, and agricultural tools was assembled to help the Government of Mozambique support victims, volunteers and military forces who were providing assistance on the ground.

A team from the Aga Khan Development Network Resident Representative's office, the Ismaili Council and Jamati volunteers coordinated with the National Institute for Disaster Management and several ministerial directors to deliver the food and cooking utensils to Xai-Xai, the capital of the southern province of Gaza. These were distributed in Chibuto District where some 26,800 people had been displaced by the floods. The remaining materials were delivered to a government warehouse in the southern province of Maputo for wider distribution according to the needs of the population.

The Governor of Gaza Province welcomed the AKDN-Jamati team and expressed gratitude to the AKDN and the Jamat for their donation. The team was also invited by Mozambique government representatives on the ground to visit a state accommodation centre located north of Xai-Xai that housed 750 displaced families. There, they met with affected families and observed how they managed to live their day-to-day lives.

“During our visit, we noticed that it was mainly children and women who were present at the centre,” said Afzal Rawjee, Member for Risk Management on the Ismaili Council. “While the women took care of the kids and attended to household tasks, the men were out seeking work and supplies to provide for their families' needs.”

Located in southern East Africa, Mozambique is prone to natural disasters, such as flooding, droughts and severe climate change. Its population, especially those living in sensitive areas, is extremely vulnerable to these events, aggravating their social and economic conditions. The AKDN has been present in Mozambique since 1998, and through its agencies and affiliates, including the Aga Khan Foundation and the Aga Khan Fund for Economic Development, it is working towards the improvement of the living conditions.

The AKDN and Jamati leadership continues to support the Government of Mozambique to address the devastating outcomes of the flood. The United Nations estimates that it will take at least six months to address the needs of the thousands of people in the flood-affected area, in order that they can be resettled and resume their lives. Meanwhile water, sanitation, health, food security and human protection still pose major challenges in the months to come. 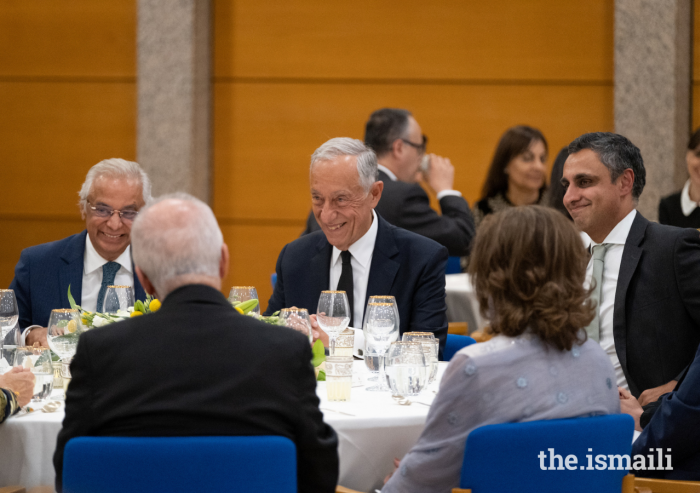