Explore photos galleries of Mawlana Hazar Imam, his family and the Ismaili Community. 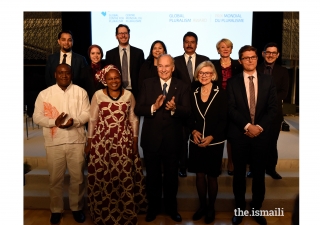 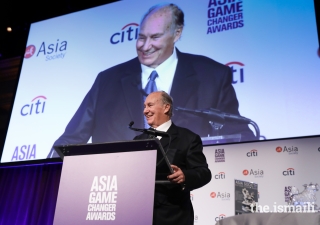 Mawlana Hazar Imam received the highest award bestowed by the Asia Society, the Asia Game Changer Lifetime Achievement Award, on 01 November for his work to improve the lives of millions in Asia and around the world. 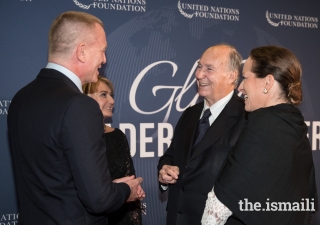 Mawlana Hazar Imam was presented with the Champion for Global Change Award on 18 October at the 2017 Global Leadership Dinner, hosted by the United Nations Foundation in New York City. 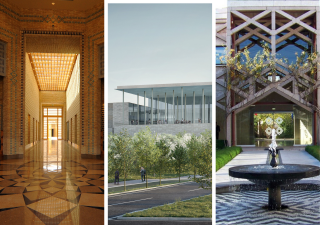 Mawlana Hazar Imam has remarked that Ismaili Centres have come to be seen as "ambassadorial buildings, which today reflect and illustrate much of what the Shia Ismaili community represents." These centres serve as a bridge between the Ismaili community and the communities where Ismailis live. There are six such buildings around the world, in London, Lisbon, Dubai, Dushanbe, Vancouver, and Toronto. Each building is unique both in architectural style as well as functionality. This photo essay depicts the beauty of these buildings, with quotes by Mawlana Hazar Imam on their function and importance. 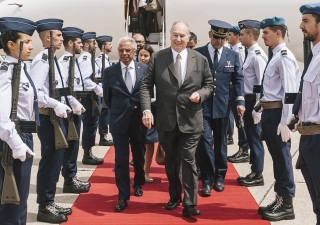 Mawlana Hazar Imam is in Portugal today where the Universidade NOVA de Lisboa is awarding him an honorary doctorate, and the President of the Republic is decorating him with one of the country's highest honours.

Prince Rahim and Princess Salwa have kindly shared photographs of their second child, Prince Sinan, who is pictured with his parents and his older brother, Prince Irfan.

Prince Rahim and Princess Salwa have kindly shared photographs of Prince Irfan, their first child, who is pictured with his parents and grandfather, Mawlana Hazar Imam. 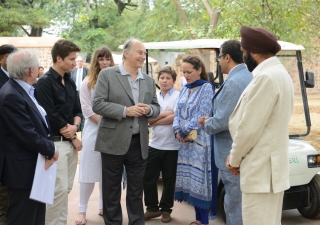