The Aga Khan Education Board for Pakistan in collaboration with The Aga Khan Economic Planning Board for Pakistan recently held the “Ra'id Leadership Conference”, a Diamond Jubilee Initiative of the National Council for Pakistan. The conference brought together outstanding young members of the Jamat, providing them with exceptional resources to develop their leadership skills while providing an opportunity for this next generation of leaders to forge connections with their peers from around the country.

This residential conference was held at the Serena Hotel Islamabad in April 2018 and marked the 1st of a series of annual conferences for the recognition and development of future leaders of the jamat. Attended by around 120 participants ranging from the remotest of villages in the north to the cities in the south, the conference stood as an example of the rich diversity that exists within the jamat. To ensure maximum interaction and diversity, the participants were broken into 13 groups with mentors to guide them throughout the conference and its activities.

The three day conference kicked off with Ms Shezeen Hemani conducting a ice breaking activity wherein the participants not only explored more about the members in their groups but also identified strengths and weaknesses as a means to reach to common ground. It was the dawning of a realization that they were more similar than they first thought and allowed them to appreciate pluralism and how it relates to them.

Participants on Day 1 explored the idea of ethical leadership, its relevance in today’s world and the impact that our decisions could have on others. Mr Khurram Lalani made the participants ponder over ethical dilemmas that they all could relate to including scenarios like choosing between privacy and safety in light of the recent facebook data leak and the idea of the greater good, with a utilitarian approach to addressing these issues. The participants engaged in healthy debates and discussions and the conference provided a safe space for everyone to voice their opinions and defend their stance. For the second part of the segment, famous speaker and writer, Mr Azim Jamal virtually connected with the audience giving them valuable life advice in response to the “big rock” that each group decided as their biggest hurdle in progressing in life. Once again, the participants felt safe to voice their fears and concerns and knew they were being heard. Every section of the conference was training the participants to explore what sort of leaders do they want to be.

Mr Farhad Karamally concluded Day 1 by talking about internal and external forces that shape one’s identity and dictate the way one functions in society. Using the example of a simple CD, he spoke about the importance of being cognizant while choosing which of these many forces do we allow to influence the data on the CD that is so unique to each one of us.

Day 2 kicked off at an even higher note when the participants gathered in the Raval Lake Park to explore themselves and the world around them. After a short yoga session, there was a scavenger hunt activity and the tasks associated with it helped participants explore key issues; their goals in life, where they see themselves in a decade or so and what are they doing to achieve that goal. The activities included making a 90 day plan for themselves where under different domains of family, education and personal growth, with the participants encouraged to set tangible and achievable goals for themselves. On a lighter note, participants designed a cover of Forbes magazine with them and their life story on it. These activities really triggered the participants to think about and explore what they want from life; knowledge of which is crucial to giving our lives a direction.

The highlight of Day 2 was when President National Council, Mr Hafiz Sherali interacted with the youth, gave them Mawlana Hazar Imam’s guidance, listened to their concerns and took ideas from them to increase the involvement of the youth in Jamati institutions. While quoting Hazar Imam, he said, “we are people of faith in the modern world,” a statement which really resonated with the audience. He also emphasized on the importance of having a united front in the times of distress and chaos that the world is facing today, the need for pluralism and buliding bridges across cultures. Moreover, he spoke about how much emphasis Mawlana Hazar Imam gives to “best practice”, inspiring participants and giving them a framework to build strategies in the future.

After interacting with the participants, Mr Hafiz Sherali mentioned,

"I am immensely optimistic for the future after meeting these fine young leaders; men and women who are highly educated, positive and engaged. I saw hope and determination and I am hopeful that these promising individuals will take the Jamat to the next level. I would like to thank AKEPB and AKEB for putting together an exceptional, interactive program that will Insha'Allah stimulate, enhance and enrich the skills of these young leaders and help them become beacons for the Jamat."

Later that day Mr Yousuf Hussain, the brains behind the national incubation centers across Pakistan, paid the conference a visit and spoke about the 4th industrial revolution- entrepreneurship. He also spoke about the rising influence of artificial intelligence and how it will start replacing human beings at a fast rate. He mentioned that only those who are adaptable, creative, innovative and take initiative would be able to prosper. That evening, participants explored Islamabad and relaxed with old friends and new, taking the time to process and discuss what they had learned.

The last and perhaps the most exciting of the 3 days, was led by Injaaz Pakistan when they conducted their Innovation Camp. The 13 teams were trained around the what, how and why of social entrepreneurship at the end of which they had to come up with their own viable, practical business plans regarding any social issues that they felt were pertinent and had to be solved. The camp allowed the participants to critically analyze the situation in Pakistan and think and take action for the betterment of society. The winning team proposed an uber for ambulances wherein they planned on installing a GPS system in each of the ambulances across Pakistan to reduce time wastage in finding the right address while the runner up team proposed a unique solution to recycle plastic.

The last segment of the whole conference encouraged each of the groups to create their own unique beat using musical instruments and in the end, alter their beats in a way that was synchronous with the beats of other instruments. The conference therefore concluded on a high note standing as a symbol of unity, pluralism and collaboration. 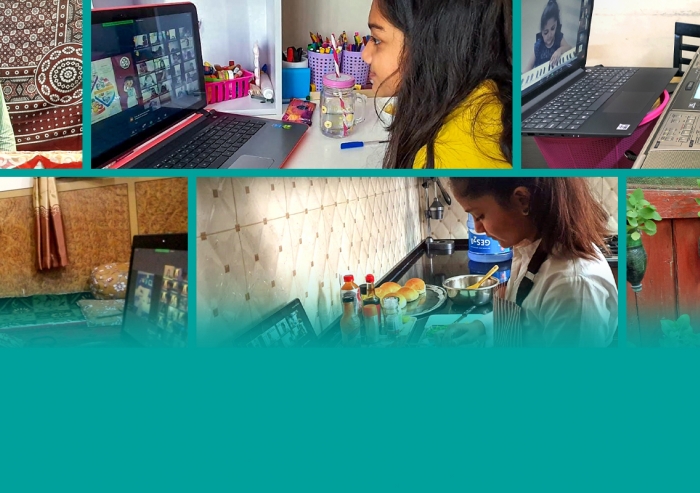 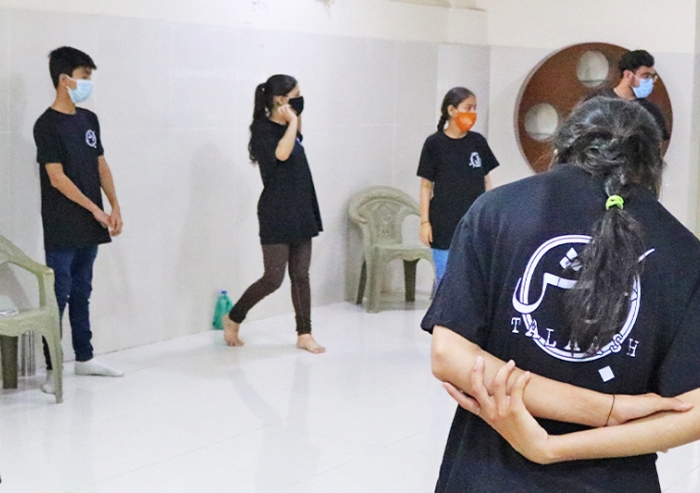