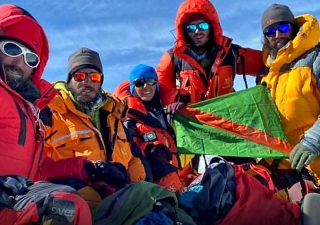 This summer, more than 100 mountaineers set a record by conquering the world’s second highest mountain, K2 in the early morning hours of July 22, 2022. Amongst them, nine brave Ismaili mountaineers completed their summit and set new records for Pakistan. 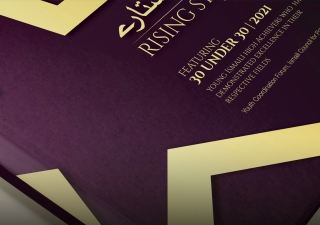 The Ismaili Council for Pakistan's Youth Coordination Forum is honored to launch the collective profiles of young Ismaili leaders from Pakistan under the “Rising Stars – 30 Under 30”. 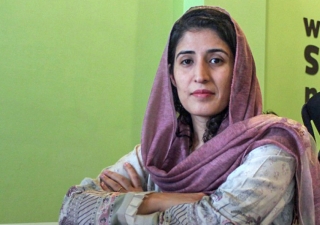 Through her tireless efforts and unwavering commitment, Nadia Iqbal from Zulfiqarabad in Gilgit-Baltistan (GB) sets a remarkable example for the women of our Jamat through her contributions in the field of IT. Her hard work paid off as she was honored with Prime Minister’s Excellence Award. 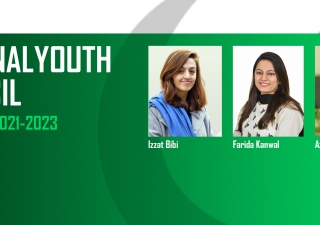 Izzat Bibi from Hunza, Azima Dhanjee from the Karachi and Farida Kanwal, also from the Karachi, will serve under the Chairmanship of Usman Dar, Special Advisor to the Prime Minister on Youth Affairs. Their responsibility includes empowering young people in the country who have been deprived of economic opportunities aiming to create more sustainable livelihoods for all. 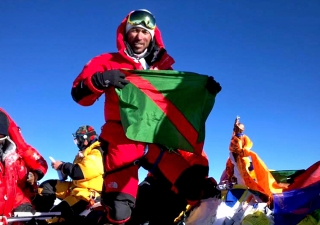 Hailing from Aliabad, Hunza, Sirbaz Khan, 32, has become the first Pakistani to scale the world’s highest mountain, Mount Everest (8848m) as well as Mount Annapurna (8091m) within 30 days. Sirbaz dedicates his achievement to the memory of late Pakistani mountaineer Muhammad Ali Sadpara. The expedition was sponsored by the Serena Hotels under its Adventure Diplomacy. 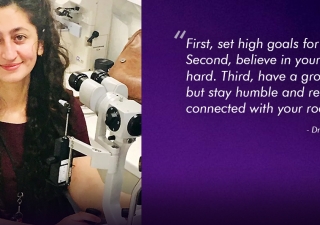 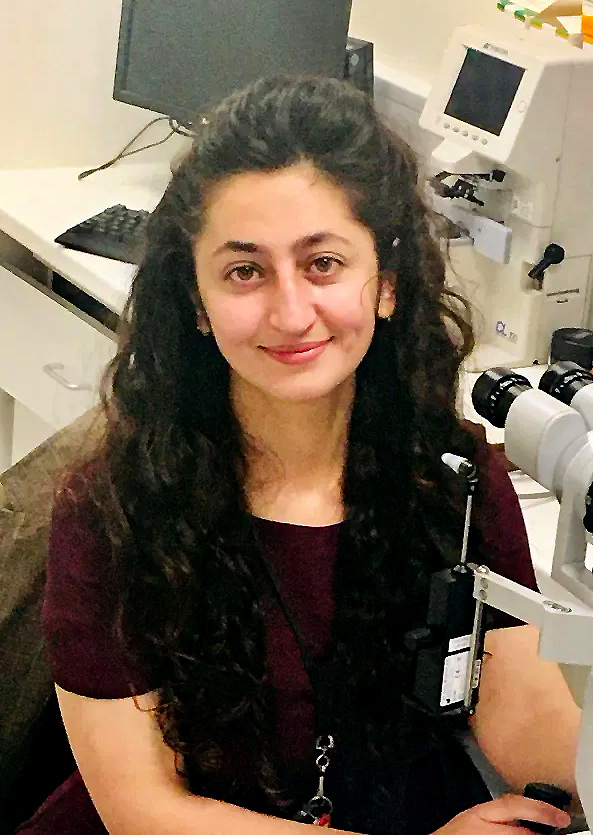 An ophthalmologist and alumna of the Aga Khan University (AKU), Dr. Zubaida Sirang’s book Optics Made Easy: Last Minute Review of Clinical Optics, has been selected for the “Best Ophthalmology Books of All Time” list by BookAuthority, a leading website for book recommendations which curates books on a wide range of topics. As the only woman from Pakistan to receive the HSE - CPSP (Health Service Executive – College of Physicians and Surgeons of Pakistan) fellowship, Dr. Sirang went on to complete her specialisation in Ireland. She is a member of the Royal College of Surgeons, Edinburgh, as well as the International Council for Ophthalmology, UK. Throughout her career, Dr. Sirang has attached great significance to serving her community and is currently working with the Aga Khan Health Services to establish ophthalmology facilities in Gilgit-Baltistan and Chitral. 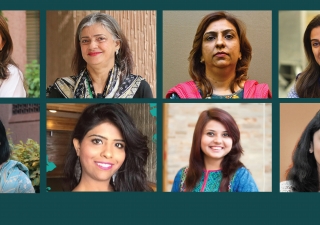 Eight Ismaili women of Pakistani origin were honoured with recognition in the list of 100 Outstanding Women Nurses and Midwives. They were among the 100 women from 43 countries who were acknowledged for making significant contributions to the fields of nursing and midwifery. The list was a collaboration between several major development agencies focused on global health and nursing which included the World Health Organization (WHO), United Nations Population Fund (UNFPA), Nursing Now, International Council of Nurses (ICN), International Confederation of Midwives (ICM) and Women in Global Health (WGH). 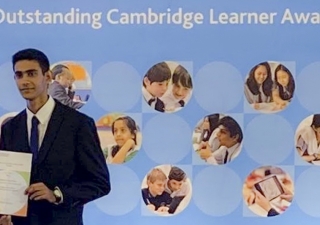 As Charles Darwin once said, “A man who dares to waste one hour of time has not discovered the value of life.” Cambridge O Level is an internationally recognised qualification that provides learners with excellent preparation for Cambridge Advanced, as well as other progression routes. Illiyun Banani, a 17-year-old Ismaili student from St. Michael’s Convent School, located in Karachi, secured an A* in his Cambridge International Examinations in Physics. He was also acknowledged as the top student from the region of Sindh and Balochistan. In total, he secured 10 A* and 1 A in CIE. He aspires to become an expert in the field of medicine. 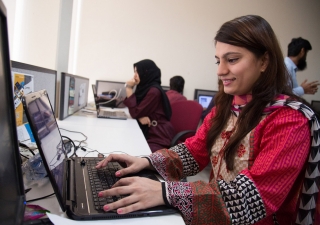 It is said, what doesn’t kill you makes you stronger. This holds true for so many, especially the 26-year-old Farida Kanwal, Co-Founder and COO of Queno. Queno, an innovative digital platform, offers enterprise resource planning software for schools, connecting teachers to parents and students. Recently, she was featured as one of the top entrepreneurs for Forbes’ 30 under 30 Asia 2020 list. 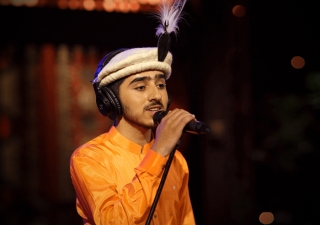 “When the world was created, so was music. Every voice is in a scale, everything around us in a time, including our lives. Even the beating of a heart is in a specific time. The whole world is music to me.” - Kashif Din 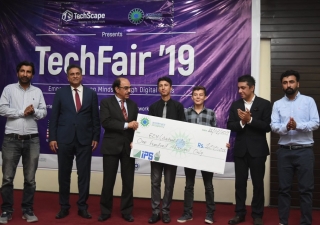 Pakistan-U.S. Alumni Network and TechScape Pvt. Ltd., established by the Alumni of the Aga Khan Higher Secondary School in Gilgit, organised the first ever Tech Fair in Gilgit-Baltistan. A series of boot camps were held in three districts of Gilgit-Baltistan including Gilgit, Ghizer and Hunza. More than 140 students, representing 30 schools, participated in the Tech Fair 2019 including, but not limited to, jamati members who were top position holders of the Aga Khan Higher Secondary Schools. 12 projects with brilliant ideas were displayed by 37 students amongst which the top five were awarded contractual awards by Accelerate Prosperity Pakistan. 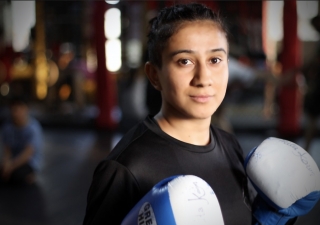 Anita Karim, a 22 year-old from Karimabad, Hunza, is the first female Mixed Martial Arts (MMA) fighter to represent Pakistan at an international level. Anita won her second international match at the One Warrior Series (OWS) in Singapore, against Indonesia’s Gita Suharsono, where she dominated all three rounds of the fight.