The Aga Khan Trust for Culture dedicated itself to heritage restoration to stimulate socio-economic growth in impoverished communities.

The restoration and preservation of Muslim heritage has long been a key linchpin of His Highness the Aga Khan’s innovative and holistic approach to development. In Pakistan, this has manifested itself in the restoration of the Baltit, Altit and Shigar Forts and Khaplu Palace in Gilgit-Baltistan, and the Gali Surjan Singh and Shahi Hammam in Lahore. These key projects not only showcase the rich and diverse heritage of the region but also have a multi-faced effect on development; creating jobs, boosting tourism, providing accessibility to neighbouring towns, and stimulating overall economic sustainability. Among the myriad beneficiaries are the craftsmen who are highly skilled in traditional architectural methods and who dedicate their livelihoods to realize this vision.

As an affiliate of the Aga Khan Trust for Culture, the Aga Khan Cultural Service Pakistan (AKCSP), has dedicated itself to heritage restoration to stimulate socio-economic growth in impoverished communities. Efforts are focused towards sustaining historical sites while promoting urban revitalization by engaging local residents in restoration projects, which in turn promotes job creation. AKCSP essentially provides an avenue for the local community to practice their traditional craftsmanship.

In September 2016, the 17th Century Shahi Hammam in the Walled City of Lahore received the Award of Merit in the UNESCO Asia-Pacific Awards for Cultural Heritage Conservation. From July 2013 to June 2015, the AKCSP, with financial support from the Royal Norwegian Embassy (RNE), carried out the conservation of the Mughal-era public bathhouse as part of a public-private partnership with the Walled City of Lahore Authority. The Walled City of Lahore, once the seat of the Mughal Empire, contains many buildings, bazaars, public spaces, and monuments of high cultural, architectural and historic value. Despite the innumerable interventions and alterations made to the building over the years, the Hammam retained many of the traditional architectural features that characterised Mughal typology, including cut-and-dressed-brickwork, intricate naqqashi (frescos), ghalibkari (muqarnas or traditional vaulted ceiling, and puccakali lime rendering).

While projects such as the ones mentioned above are led by a team of AKCSP architects and engineers, as well as international technical and conservation experts, due credit for the finesse of the conservation work must be given to the craftsmen who were responsible for the conservation of traditional structural and surface embellishments. Lahore being new territory for AKCSP, it was very important to source these traditional craftsmen, and ensure that they had the relevant experience and skill for the international standards that had to be met in the conservation process.

For this responsibility, AKCSP has fortunately been able to tap into the invaluable institutional memory, experience and resources of Mr. Talib Hussain, renowned conservation engineer and recipient of the Aga Khan Award for Architecture for his work on the Tomb of Shah Rukn-i-Alam in Multan (1983).

With a background in engineering, Mr. Hussain received his training in traditional crafts under Ustad Walliullah Khan, then Director of the Conservation Cell of the Auqaf Department (now the Directorate General of the Punjab Department of Archaeology). In addition to his work of conserving over 60 monuments in Punjab, he has worked with UNESCO on the conservation of the World Heritage Sites of the Lahore Fort and Shalimar Gardens, and more recently with AKTC and the World Bank on the Sustainable Development of Walled City Lahore Project. During his work on the Tomb of Shah Rukn-i-Alam, his team trained a group of craftsmen in the requisite skills of glazed tile work, cut-and-dressed brickwork and muqarnas (ghalibkari). Together, the team was able to bring to fruition such a tremendous restoration project over the course of six years, leaving the city of Multan with a beacon of architectural success. The project is acclaimed for ‘its contribution to reviving some of the great crafts of 600 years ago and promoting similar building activity throughout the country.’

Given his wealth of knowledge in traditional skills and materials, and decades-long association with the people and resources in the field, Mr. Hussain provides a strong link between AKCSP and the crafts that make up such an integral part of conservation. He currently supervises traditional material testing and fabrication of the glazed tiles on the Lahore Fort Picture Wall and the Wazir Khan Mosque.

The craftsmen, devoted to making such initiatives a success, are often misunderstood to be subordinate contributors to these projects. On the contrary, they are the cornerstones that bring about the outcome as originally envisioned by the organizations. Much of the effort vested in the rehabilitation of historic monuments by these craftsmen goes unnoticed, and deserves to be highlighted as the very foundation upon which the conservation of heritage is based. In order to understand the origins of the skills and the forms in which they survive today, we spoke to some of the craftsmen currently working on AKCSP projects in the Walled City of Lahore.

Ustad Allaudin, one of the more experienced craftsmen with over forty years of practice behind him, has been involved in almost every restoration project in Lahore starting from the Shalimar Gardens in 1967, to the Lahore Fort, Sonehri Mosque and finally on AKCSP’s project on the Wazir Khan Mosque. Being an understudy of three Ustads preceding him, he successfully sought and accomplished proficiency in a variety of skills ranging from carved brickwork, lime plaster, cut-and-dressed brickwork, and fresco work. Contrary to the widely held notion that acquiring skill in traditional crafts stems from ancestral means, Ustad Allaudin began his journey through the simple passion of crafts. He spent his days observing work done by his gurus and slowly but surely assimilated himself into their work. Shortly thereafter, he grasped the knowledge and skill to conduct the work himself with utmost precision, eventually leading students of his own to contribute to keeping his craft alive.

One of Ustad Allaudin’s avid apprentices and now a very well-versed craftsman himself is Ustad Qasim. Currently working on the traditional lime plaster of the facade of the Wazir Khan Mosque, Ustad Qasim exemplifies dexterity in all crafts including carved brickwork, traditional brick flooring and glazed tile work. Also breaking the social norm of following familial occupations, Ustad Qasim explored the art of traditional craft simply through his interest for the work that he witnessed in the streets of old Lahore as a child. Beginning in 2002, he worked on several projects within Lahore including earlier conservation work on the Wazir Khan Mosque, the Shalimar Gardens, and the Shahi Hammam with AKCSP in 2013. He began with brick imitation work which then led him to refine his skills in numerous other crafts that are vital in the preservation of Muslim architecture along the way. Adroitly following in the footsteps of Ustad Allaudin’s teachings, Ustad Qasim similarly undertook the responsibility to guide and teach five apprentices the importance of preserving traditional craftsmanship. Whether it was in the form of rehabilitating old cultural assets or in the shape of new construction, Ustad Qasim imparted confidence that their distinctive skill had a promising future.

Together, both Ustad Allaudin and Ustad Qasim, expressed in awe the innumerable opportunities that AKCSP has presented to them in their personal and professional lives. Both explained the professional pedigree with which the organisation operated, as was evident by the meticulous execution of every task at hand given how vast each project was. They expressed pride in the fact that due to their perseverance and dedication in continuously honing their unique skill to be of value in projects conducted by the AKCSP, cultural monuments and their surrounding communities will stand for decades to come. This in turn will provide sustenance to surrounding homes, opportunity to the local communities of gaining economic self-sufficiency, and most importantly, the resilience of culture instilled by their ancestors and leaders through architectural genius will stand proud for generations to come.  When questioned about whether they feared the seemingly antiquated nature of the traditional skills required to keep the Muslim heritage afloat and prosperous, the craftsmen were dumbfounded by the relevance of the question itself. They boldly claimed that their hard work and talent in restoring historic sites has provided them several prospects even outside the rehabilitation field that they are currently occupied with. Private owners of bungalows, farmhouses, offices, bazaars etc. are seeking skilled craftsmen of their nature to embed the Muslim architecture within their own homes and work atmospheres. Such demand for their skills gives these craftsmen hope, assurance, and conviction in their work. The vigour with which they expressed their passion for their chosen livelihood demonstrated the benefits of harnessing heritage to breed economic progress in impoverished communities.

AKCSP’s efforts to preserve such rare traditional skills go hand-in-hand with the conservation of landmark monuments; after working on the award-winning Hammam, these craftsmen are currently engaged in AKCSP’s ongoing project at the Wazir Khan Mosque. By valuing their craft and giving them the opportunity to earn a living from it, these families have been encouraged to keep their skills alive by passing them on to their younger generations and to those within their community. AKCSP’s efforts throughout Pakistan have provided a means to uplift society as a whole by preserving the value of Muslim architecture while ethnically and economically enhancing impoverished surroundings. 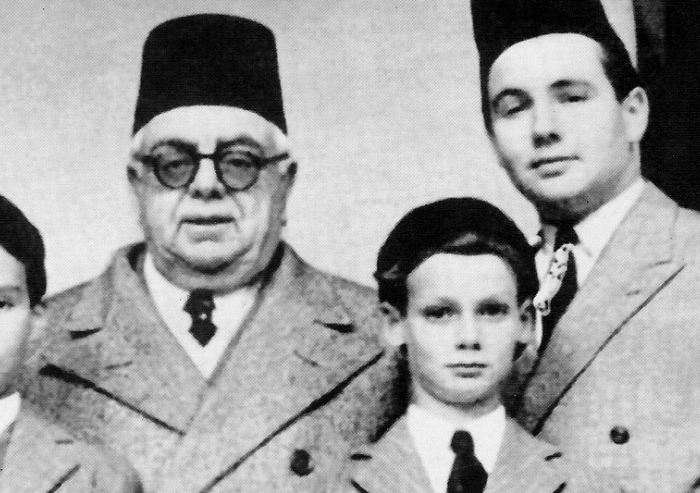 Lessons Learnt from the Life of Imam Sultan Mahomed Shah