Each year, many Ismaili youth from all over North America spend their summers at camps organised by the Jamati institutions. They learn about the importance of being responsible members of the society, compete at various sports and games and take on leadership roles – all while growing, discovering, playing, and making friends.

Last summer, 18-year old Arshman Damji was handed a plank of wood at Camp Horizons Al-Ummah and was asked to personalise it. On it, he drew what was important to him and created what he considered to be a story of his life.

Forty other students did the same thing. Each plank of wood represented one participant, but together, they were a body of art representing the entire group. Symbolically, Arshman and his camp mates learnt an important lesson in community harmony while acknowledging their individual differences.

Each year, many Ismaili youth from all over North America spend their summers at Ismaili camps like Discovery, Al-Ummah or Camp Mosaic. They learn to be well-integrated and responsible members of the society, compete at various sports and games, and take on leadership roles – all while growing, discovering, playing, and making friends. Started decades ago by a small group of Ismaili parents and academics, the North American camps have expanded to include multiple cities in each region, enriching the minds, souls, and bodies of hundreds of children each summer.

At a high level, the camp programmes “build fundamentals in Ismaili youth,” according to Shelina Gwaduri, a recent Camp Mosaic project manager. The camps aim to develop happy, healthy, excelling Ismaili youth who are well-grounded in the principles and ethics of the faith.

On the ground, the camps follow well-defined curricula. Each venue is carefully chosen to allow for diverse activities ranging from swimming, rock climbing and martial arts to drama, architecture and public speaking. “Each camp is designed to keep our children challenged and build important life skills,” says Zafreen Husain, national programme manager for Camp Mosaic in the United States.

Shireen Asharia, mother of ten-year-old Ali, who has attended Camp Mosaic three times, extols her son's experience. “The camp fulfils broader goals and creates fun in a holistic way that develops the individual as a whole.” Ali agrees: “I'm learning a lot, but it doesn't feel like I'm learning!”

Unique programme for every age group

In Canada, four separate camps are organised by the Aga Khan Youth and Sports Board. Youth between the ages of six and nine attend Discovery, a day-time programme that runs for eleven days. Ten to twelve-year-olds participate in Camp Mosaic, a one week residential programme. Young teenagers – thirteen and fourteen-year-olds – are offered Venture, a one week residential camp held in partnership with Outward Bound. Finally, Camp Horizons Al-Ummah is a seventeen-day residential programme for fifteen to seventeen-year-olds.

For American youth of comparable ages, the Jubilee Monuments Corporation, a non-profit organisation, offers Camps Mosaic and Al-Ummah. Camp Mosaic is a six-day programme offered in nine cities across the country for six to thirteen-year-olds. For older youth aged thirteen to seventeen, Al-Ummah is a three-week residential programme that is offered in one location on a national basis.

One of the hallmarks of the camp experience is that each counsellor and participant walks away with an extensive network of friendships and connections. Attiya Hirji, a recent attendee, recalls that Al-Ummah deliberately situates participants in an environment in which they have “no connection with the outside world. There are no phones or iPods, and no internet access.”

Such a setting forces participants to meet each other and solidify relationships. The results are lifelong friendships between campers who live in different parts of the world and who would otherwise not have met, says Salima Allibhai-Hussein, national project manager for Camp Horizons Al-Ummah and a frequent camp participant during her youth. Nawaaz Hussainaly, a counsellor and former participant, echoes the sentiment: “I now have a network across Canada and internationally, including France,” he says.

“When camp ends, everyone cries,” recalls Ashish Merchant, a project manager for Mosaic. ”No one wants camp to be over.”

Camp counsellors play a critical role in the experience. Passionate and energetic, they serve as valuable role models for younger children and become trusted friends and mentors to adolescents. “The relationship with the counsellor becomes a beacon that goes beyond the camp,” shares Rahim Khaki, project manager for a recent Camp Mosaic held in Atlanta, Georgia. Prior to camp, counsellors are trained intensively with the “expectation that each has the capacity to be a leader,” says Gwaduri. The role is a personal growth experience, and they perform with a sense of responsibility, pride, and humility. In so doing, counsellors learn the importance of giving back to the community and mentoring younger generations of Ismailis.

In the case of Discovery and Mosaic, counsellors step up to the significant duty of taking care of very young children. Khaki recalls “witnessing a blossoming” in one younger camp counsellor who was shy during his interview but, when faced with the prospect of needing to bring his skill set to the table for the benefit of younger Ismailis, suddenly developed a fun and engaging personality at the camp and became a favourite with the participants.

Exploring the geographic and ethnic diversity of participants enhances the learning experience – each is sensitised to the experiences of the other. Counsellors from diverse backgrounds empathise with the diverse participants, gain their trust, and create positive impacts. Respect for diversity is balanced with recognition of commonalities amongst attendees as members of the North American and global Ismaili communities.

At Camp Mosaic, “every child needs to be seen, heard, and loved.” Youth with physical or mental disabilities are encouraged to attend the camps and are provided a tailored learning environment to achieve confidence and success.

Khaki aptly summarises: “The idea that Mosaic is a nurturing and enabling environment does not mean that everyone becomes a superstar. Rather, it provides the type of setting that helps individuals let their guards down and shine light on their own unique colors.”

Ismaili camps function as a supplement to regular Jamati religious education programmes. In recent years, Camp Horizons Al-Ummah has incorporated many activities designed to reinforce the principles of the faith.

Session topics have included Islamic ethics, the history of Muslim civilisations, and Arabic, while talent programmes incorporate Muslim traditions, such as the devotional poetry of Qawwalis. Even creative activities meld principles of faith with personal expression.

For example, Imran Kanani remembers keenly an activity called Word of God, Art of Man, in which participants were tasked with interpreting Qur'anic language and articulating their understandings in an artistic manner. When offered the phrase “Everyone who dies returns to Allah,” some participants drew light ascending upwards, getting brighter as it reached the top and came closer to returning to its origin, the creator.

Haider Nayani, who attended the 2010 Camp Horizons Al-Ummah, confirms that the interlacing of faith-based concepts into everyday activities made a lasting impact on him. “I now have a clearer understanding, respect, and, most importantly, interest in my faith. Every time I sit in Jamatkhana, I reminisce about the times spent at Al-Ummah, and this propels me to practice my faith with greater conviction.”

Another meaningful activity at Al-Ummah is the participants' conversion of a four-walled room into a prayer space during the first week of camp. Fabricating stained glass, latticework, tapestries, and paats from scratch, the participants transform an empty space and learn first-hand that commitment can result in a beautiful outcome. Hirji recalls that “putting time and effort into the endeavour and seeing the final product made her feel proud of the group accomplishment.”

Camp participants leave with a deeper understanding of their identities as North American Ismaili Muslims. Allibhai-Hussein summarises this: “The activities encourage Ismaili youth to be more comfortable with who they are, to embrace their faith, to appreciate the relationship between the religious and secular aspects of their lives, and to live within the ethics and values of the faith.” 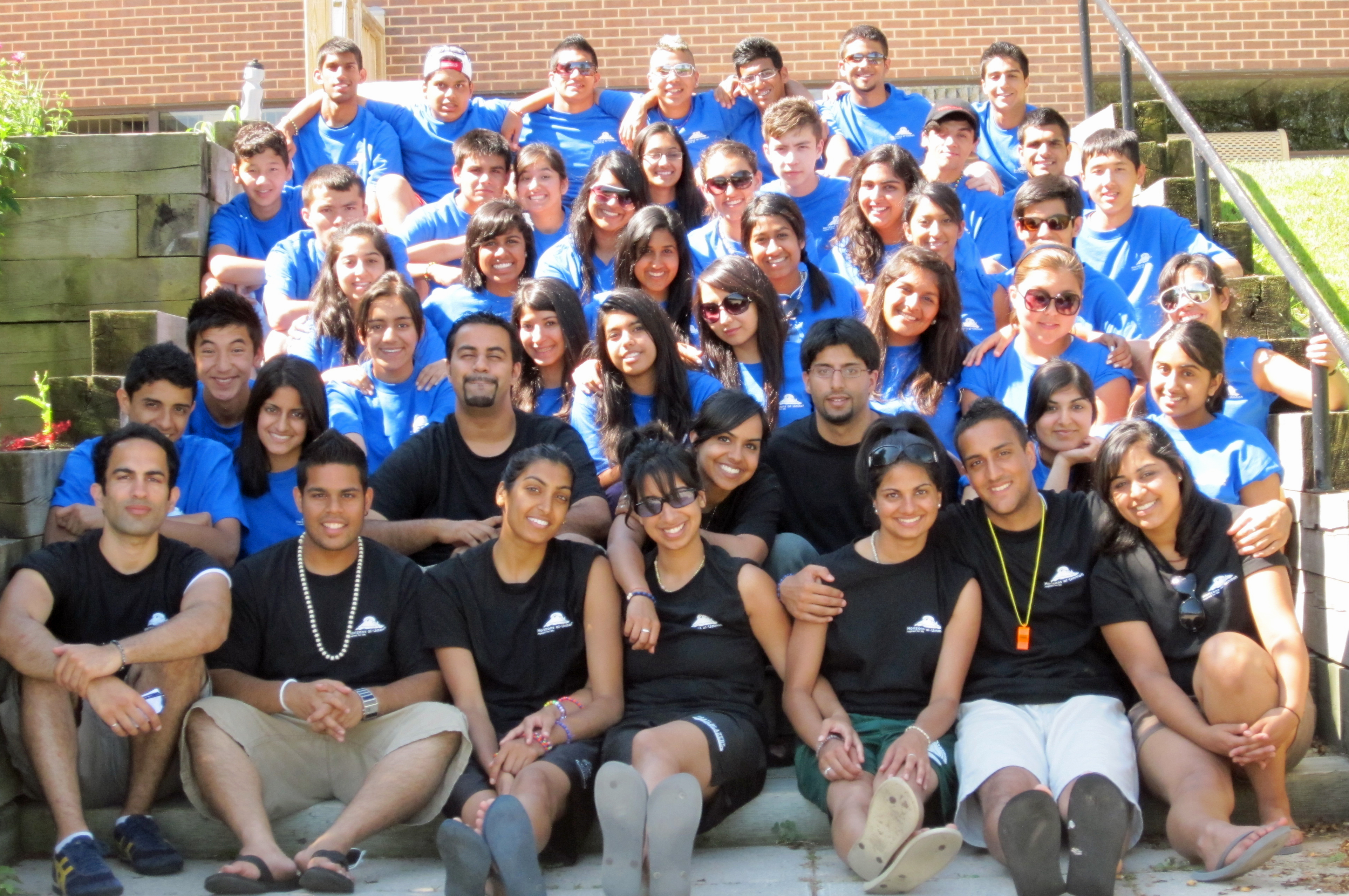 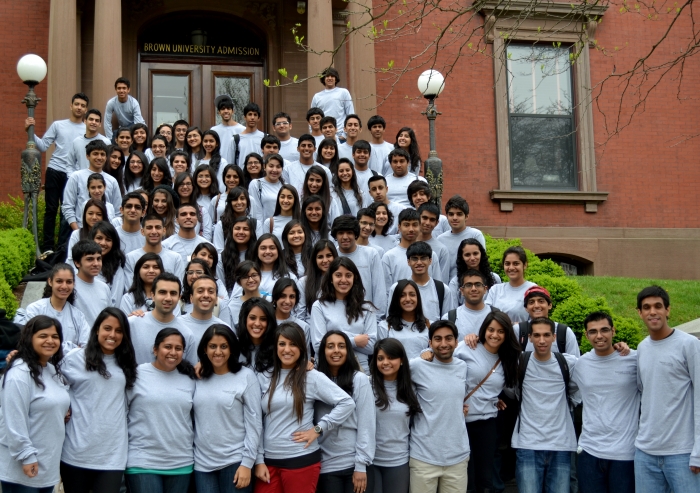 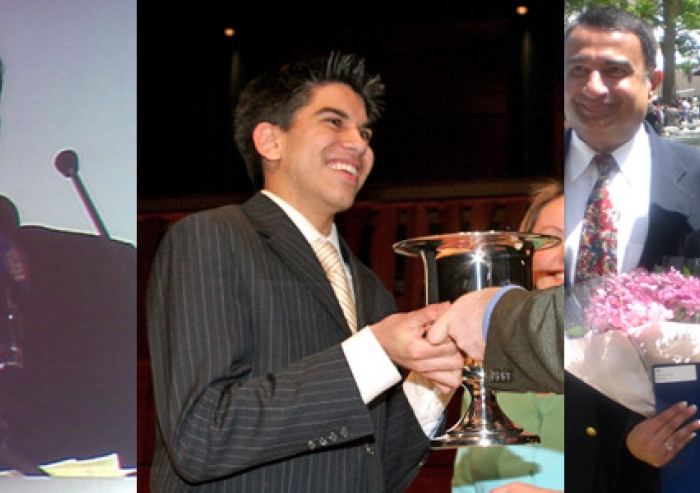