When a severe winter storm forced Ontario residents to cope for days in frigid temperatures without electrical power or heat, Ismaili institutions and volunteers quickly mobilised to support those who were most vulnerable. The Jamat’s strength, support and care for one another kept everyone safe; warmed by the knowledge that no one in the community is ever alone.

On Sunday, 22 December 2013, hundreds of thousands of families in Eastern Canada and parts of the United States found themselves without electricity. A severe winter freezing rain storm had coated roads, sidewalks, trees, and power lines with up to 30 millimetres of ice.

Fallen trees and collapsed electrical lines were just a few of the hazards caused by the disastrous weather. Approximately 300 000 homes were reportedly without power in the Greater Toronto Area, and were predicted to remain without electricity for up to seven days. In fact for some, the outage would persist into the new year, even as outside temperatures dipped well below the freezing mark.

“Power was gone for three days and we had no heat,” recalls Dolat, an Ismaili senior citizen who lives with her husband Nurali in a Toronto apartment building. “We live on the 12th floor and the elevators were not working so we were stuck in the cold apartment.”

An estimated 20 per cent of Ismaili families in Ontario were affected by the ice storm, but the Jamati institutions were prepared. The Ismaili Councils for Canada and Ontario and Focus Humanitarian Assistance (FOCUS) had been monitoring weather conditions leading up to the ice storm, and institutional leaders were alerted early on. Regional Disaster Management Team volunteers were mobilised to assess Jamatkhana safety and determine the needs of the Jamat and what support would be required by those affected.

For seniors like Dolat and Nurali, the Jamati response proved an important lifeline. The apartment where they live is situated in a cluster of five buildings where a large portion of the elderly Ontario Jamat resides. The buildings were without power for up to three days.

“We only had a [cordless] phone so we could not talk to our families and they were unable to reach us,” says Dolat. “My niece called the [Ismaili Council] Social Support Services line in Toronto and told them about our situation, and Emergency Response volunteers were kind enough to bring us food for three days.” 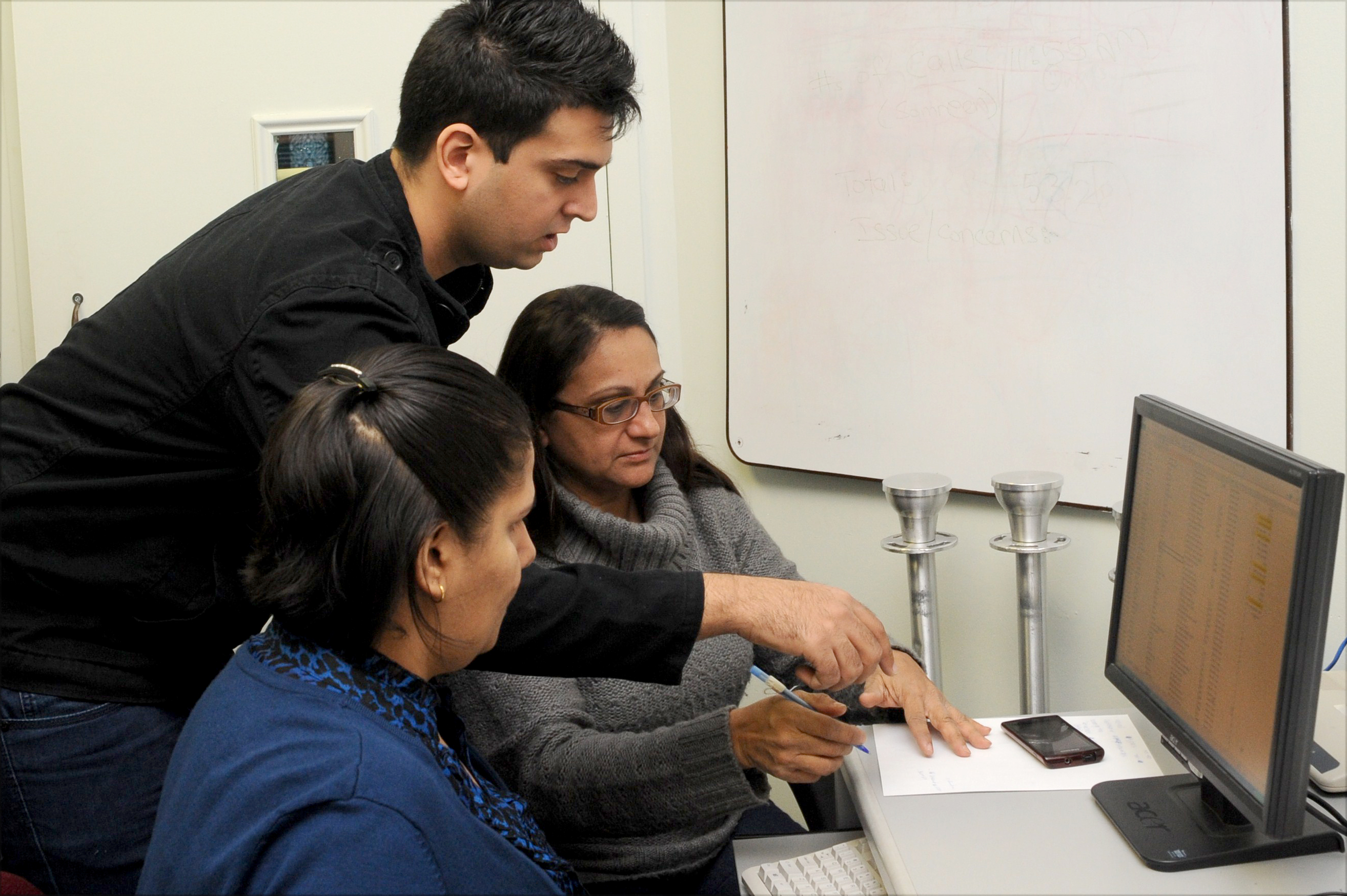 Call centre volunteers at Don Mills Jamatkhana worked with Jamati emergency response teams to assist those in need. Courtesy of the Ismaili Council for Canada

Ismaili volunteers from the Human Resources and Care for the Elderly teams reached out to the seniors and maintained contact during the entire period of these extreme weather conditions. They delivered food packages and hot beverages to the buildings on a continual basis, serving over 2 000 meals to Ismaili and non-Ismaili residents.

This was one of several examples in which the quick action of the Jamati Social Support Services line and Emergency Response Team made a significant – possibly life-saving – difference to Ismaili families. In the aftermath of the ice storm, the Social Support Services line fielded hundreds of calls, including queries from many family members from across Canada and around the world who were concerned about their loved ones, but could not reach them due to the loss of power. On average, callers received a reassuring response within 40 minutes.

Other measures included the establishment of a call centre, in which volunteers proactively reached out to 2 200 families and provided follow-up assistance to those in need. A warming centre was set up at Don Mills Jamatkhana and its doors were open to all – including the wider community. The Ismaili Volunteer Corps offered its support to local Red Cross shelters, and the Aga Khan Youth and Sports Board for Ontario enlisted the CIVIC (Challenging Ismaili Volunteers in Communities) team to assist with various relief efforts across the City of Toronto.

In the aftermath of the ice storm, Don Mills Jamatkhana opened its doors to the public as a neighbourhood warming centre. Courtesy of the Ismaili Council for Canada

“The ethic of volunteerism is in our DNA,” says Sheherazade Hirji, President of the Ismaili Council for Ontario, “and it was wonderful to see how, when this ethic is supported by excellent preparation by the Regional Disaster Management Teams, and with the coordination of emergency response efforts with FOCUS, the Jamat pulled together to support one another during this challenging time, while the institutions reached out to support those who were most vulnerable and did not have supports in place.”

By opening their homes to displaced families, donating food and supplies, and checking up on each other through home visits, phone calls, emails, and text messages, the Ismaili community formed a web of support in this emergency. “More than 500 volunteers were deployed across the various operations, and they worked around the clock to support the Jamat through the ice storm emergency,” adds President Hirji. “Jamati Mukhi-Kamadia Sahebs and Mukhiani-Kamadiani Sahebas were also actively engaged in the efforts to ensure their Jamats' safety during this challenging time.”

Having arrived during the first week of winter, the ice storm was also a reminder to stock up on emergency supplies for the rest of the season, including those provided in the FOCUS emergency kit. The Jamat's strength, support and care for one another kept everyone safe; warmed by the knowledge that no one in the community is ever alone. 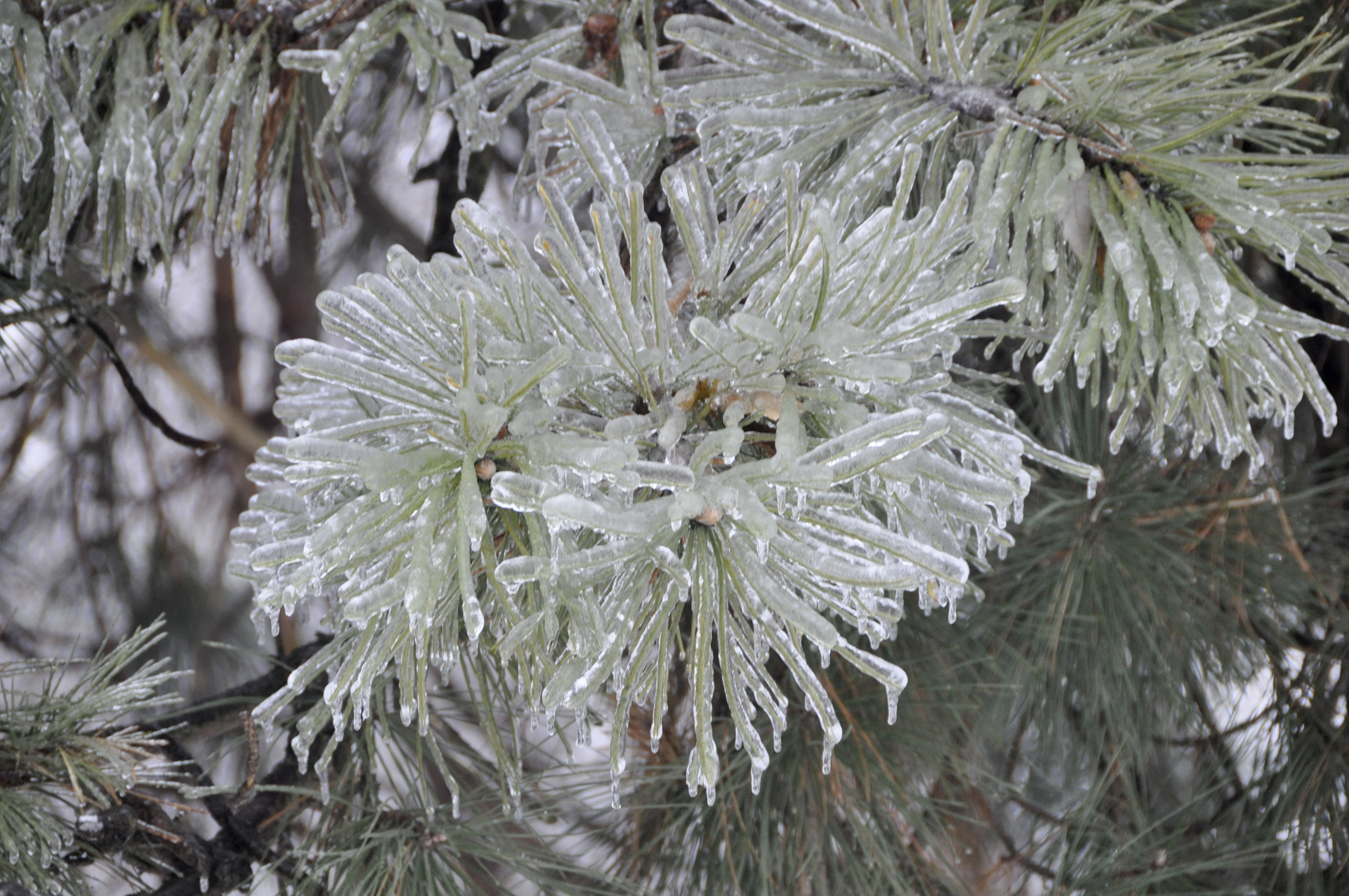 The ice storm left hundreds of thousands of families in the Toronto area stranded for days in their homes without electric power or heat in frigid winter temperatures. Courtesy of the Ismaili Council for Canada