Ismailis interested in tackling pressing issues faced by societies around the world increasingly see the Graduate Programme in Islamic Studies and Humanities as a stepping stone. The multi-disciplinary programme is a bridge to new and exciting opportunities.

The success of graduates of The Institute of Ismaili Studies is attracting more applicants than ever to its Graduate Programme in Islamic Studies and Humanities (GPISH). Prospective students increasingly see the programme as a stepping stone towards exciting, cutting-edge careers.

From banking to microfinance 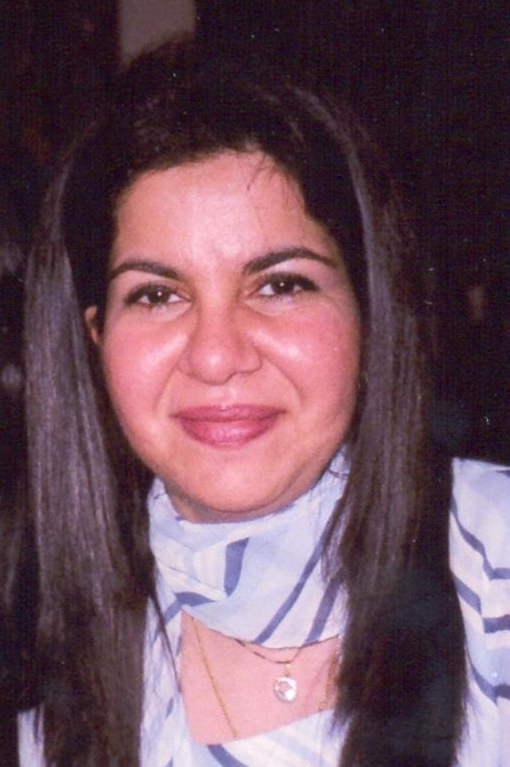 Ambreen Saleh. Courtesy of the IIS

Prior to enrolling at the Institute, Ambreen Saleh had spent several years working for a multinational bank in Pakistan. “Although I enjoyed banking itself, I felt that the impact of my work was very limited,” she recalls. “I was interested in doing work that could [also] contribute to other people's lives and well-being, in the broader socio-economic framework.”

In the post-graduate programme, Saleh saw the possibility of broadening her education beyond the foundations of her business background. For her, GPISH could “serve as a bridge from commerce to development.”

Her graduation in 2008 led to a new career with the Aga Khan Agency for Microfinance in Pakistan. Microfinance addresses the financial needs of marginalised segments of society who are unable to access traditional credit, savings, insurance and other financial services.

Reflecting on how the GPISH programme augmented her background in banking and finance and prepared her for a more fulfilling career, Saleh noted that she gained “a richer insight into the layers and subtleties of life, particularly in Muslim societies.” She felt better qualified and more empowered “to work towards change in the developing world.”

Preparing students for a range of opportunities 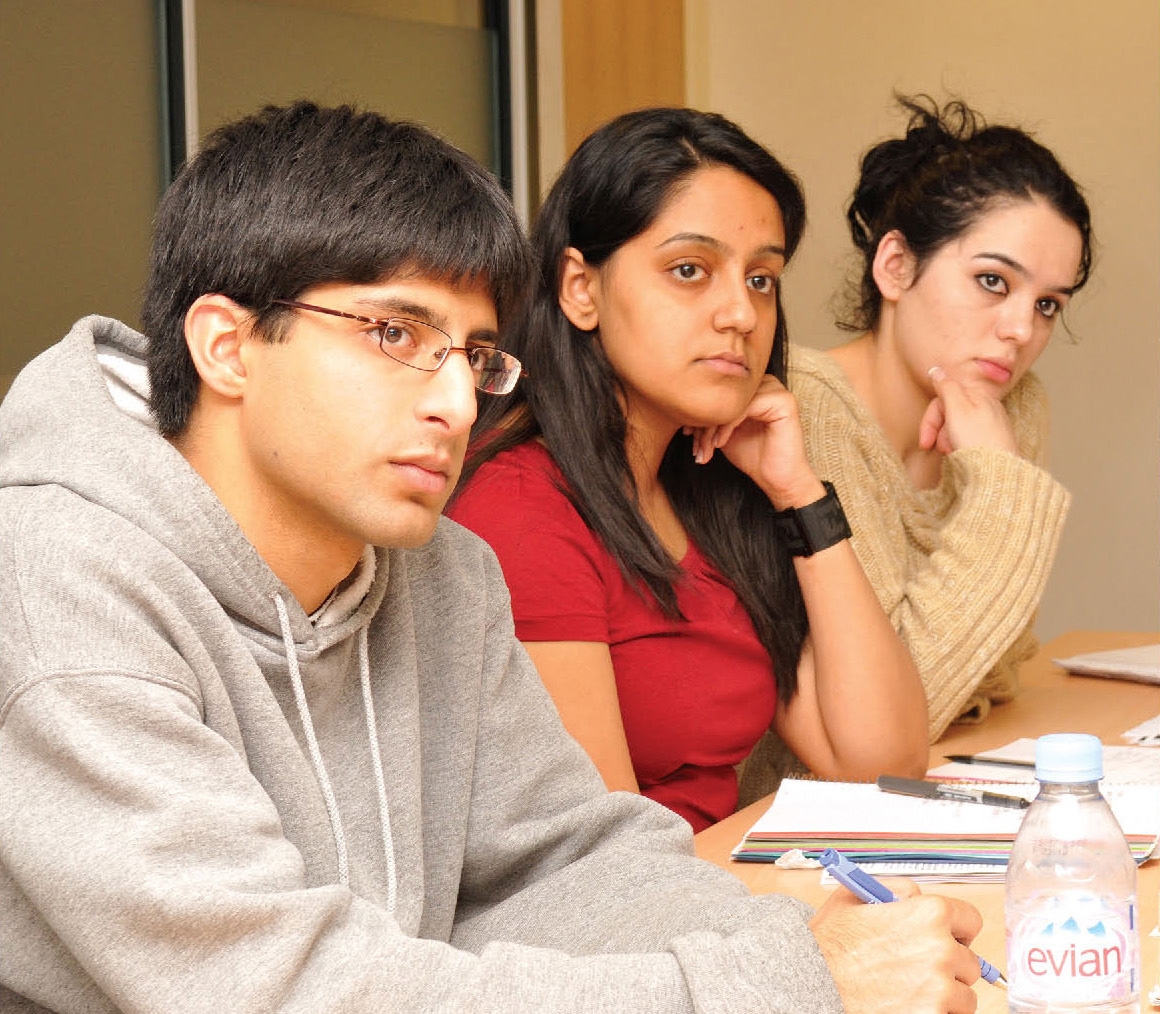 GPISH students listen during a course lecture at The Institute of Ismaili Studies. Courtesy of the IIS

The Graduate Studies Programme in Islamic Studies and Humanities is designed to train individuals to play leading roles in academic and community life. During the first two years of their study, students attend courses at the IIS in London. They spend their final year reading for a Master's degree, usually at a reputable British university.

GPISH graduates have successfully earned their graduate degrees from universities such as the London School of Economics, Oxford, Cambridge, and the University of London. They have been recruited into careers in development economics, media, education and other domains by well-known organisations such as Accenture, the British Broadcasting Corporation, the United Nations Educational, Scientific and Cultural Organization, and the many agencies of the Aga Khan Development Network. Today, some of them play important roles in the strengthening of civil society, cultural preservation, poverty alleviation, and sustainable development. They are well placed to address the pressing issues faced by contemporary societies around the world. 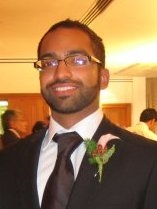 Salman Alibhai. Courtesy of the IIS

Salman Alibhai's journey with the IIS began when he attended their two week Summer Programme on Islam at Emory University in 2002. “This is where I first heard about GPISH,” he recalls. “I was attracted to the breadth of multi-disciplinary coursework – something that other graduate schools I was considering did not offer. The opportunity to study literature, politics, art, architecture, sociology, anthropology, history, and languages and draw parallels across these disciplines was a major appeal.”

Alibhai went on to graduate with an MSc in African Studies from the University of Oxford. He now works as a Programme Officer with Aga Khan Foundation Canada where he manages a portfolio of international development programmes concentrated mainly in East Africa and South Asia. For Alibhai, the programme provided “a lens through which I could view the study of religion and humanities.”

“My ability to process and analyse information and issues in areas of the media, literature, research and international development – which is now my field of work has developed substantially from what I learnt during my time at the IIS.” 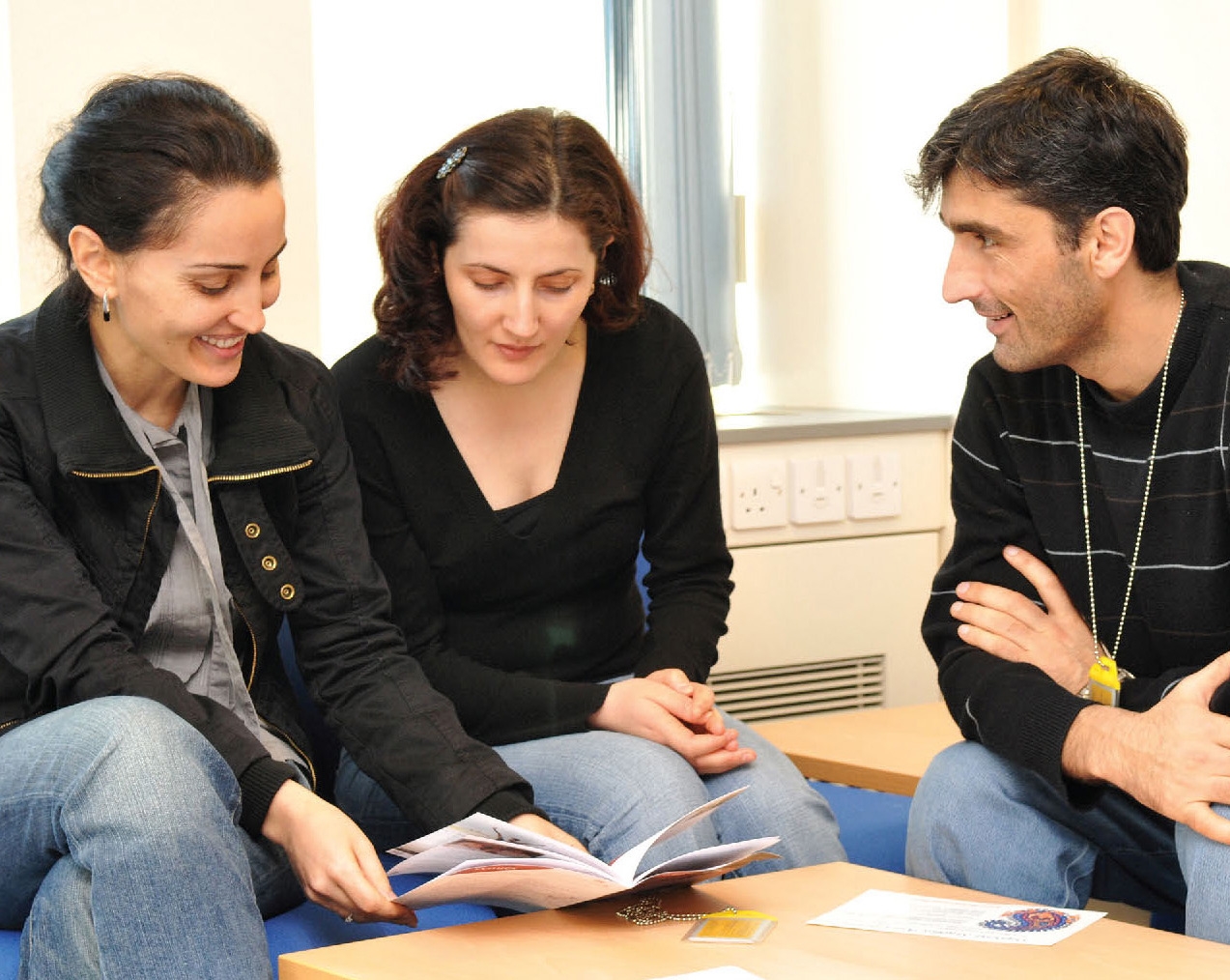 Students gather in the communal area at the IIS. Courtesy of the IIS

While the GPISH programme led directly to new careers for Saleh and Alibhai, it has inspired other graduates to pursue higher education and research in fields as diverse as social anthropology, ethnomusicology, and Islamic studies. Many of them have returned to work at the IIS following their doctoral studies.

More information about The Institute of Ismaili Studies' Graduate Programme in Islamic Studies and Humanities, is available at the Institute's website.

Sharing knowledge across the generations in Portugal