As a Muslim community, giving of our time and helping others is integral to our way of life. From a young age, Ismailis are surrounded by examples of volunteers in action. In the UK, the Youth, Cultural and Social Network has launched an initiative that provides opportunities for the Jamat to give back to the society in which they live.

Volunteerism is woven into the Ismaili fabric. As a Muslim community, giving of our time and helping others is integral to our way of life, and from a young age we are surrounded by examples of volunteers in action.

Voluntary service can take many forms. Some serve as members of boards and committees, taking on the burden of making carefully considered decisions that will affect the quality of life and long term development of many people. Others work actively in a team setting, to implement a particular project or activity that is beneficial to society. And there are those who choose to serve quietly and diligently, helping individuals with difficult or sensitive problems. Whatever form voluntary service takes, the objective remains the same: It is about making a positive difference in other people's lives.

Shamim Murji, a kindergarten teacher from Brampton, Canada, gave her service on the other side of the world. She recently returned from Uganda, where she volunteered at the Aga Khan Foundation Madrasa Resource Centre in Kampala. Murji spent time at 15 schools around the city, and had a chance to observe the magnificent legacy of AKF's Madrasa Pre-school Programme and its impact on marginalised communities.

Meanwhile, residents of Vancouver were fortunate to have the world come to them this winter. As the city was consumed by the excitement of the 2010 Winter Olympic and Paralympic Games, hundreds of Ismaili volunteers from across Canada officially became ambassadors to the world. Donning green jackets emblazoned with “Ismaili Volunteers” and the official Vancouver 2010 logo on the front, they welcomed tourists and athletes throughout the month of February. While managing queues and crowds in Vancouver City Centre, they answered questions, provided information and gave directions.

In the United Kingdom, the Youth, Cultural and Social Network – which is part of the Ismaili Council's Youth and Sports Portfolio – has launched an initiative called Get Involved. True to its name, the programme provides an opportunity for young Ismailis in the UK to get involved and give back to the society in which they live.

The available opportunities are varied and engaging, and are designed to make a difference. For example, a group of Ismaili volunteers helped out at the Priority Heights After-School Club in Islington. They painted the inside and outside of the new children's centre and built new equipment for the kids. Another group of volunteers went to Bow Creek – site of the 2012 Olympic Games – to improve the neglected creek. They cleared pathways and overgrown vegetation, and assisted in landscaping the creek.

“I was honoured to be involved in these events” said Abida Lalani, one of the participants. “I found great personal fulfilment and happiness in giving back to these communities.”

The Get Involved programme also sent volunteers to Camley Street Nature Park, a beautiful space filled with wild green wildlife in the heart of London, near King's Cross station. The park is a popular place to seek respite from the buzz of the city. The group helped out by digging, raking, levelling and pulling out unwanted roots in order to create a new fertile composting area ready for some new bee hives.

Get Involved volunteer Jamie Braganza described it as “a surprisingly rewarding day.” He said: “This was a fantastic opportunity to do something different, be constructive and meet new people.”

Sophia Mawji noted that “for many of us involved, volunteering to ‘roll our sleeves up and get our hands dirty' is usually meant figuratively. There was nothing figurative about the dirt at Camley Nature Reserve, but it only seemed to add to the fun of the experience.” She thought the event provided “a marvellous chance to get some fresh air and make a visible contribution to our local community; and it seemed like a great day was had by all.”

At all three events, the host project leaders have commented on how impressed they were by the energy, enthusiasm and hard work of the groups of volunteers. The volunteers who have given their Saturday or Sunday to Get Involved have said how great it is to do something completely different on a weekend, and that they left feeling really good about themselves because their hard work made a difference.

For Areef Datoo, a Get Involved organiser, the volunteering programme is also a way to connect with an ethic that has long been part of the Jamat's history. “I was deeply proud to be a part of this special and storied tradition which has been a central part of the Jamat's value system and identity for over 1 400 years,” he said. 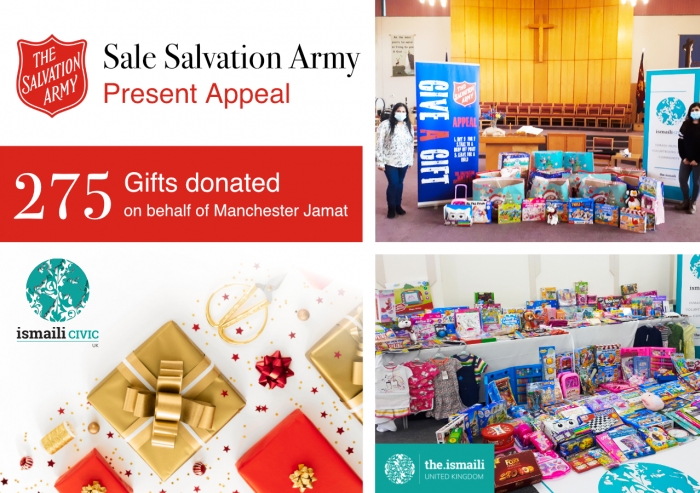 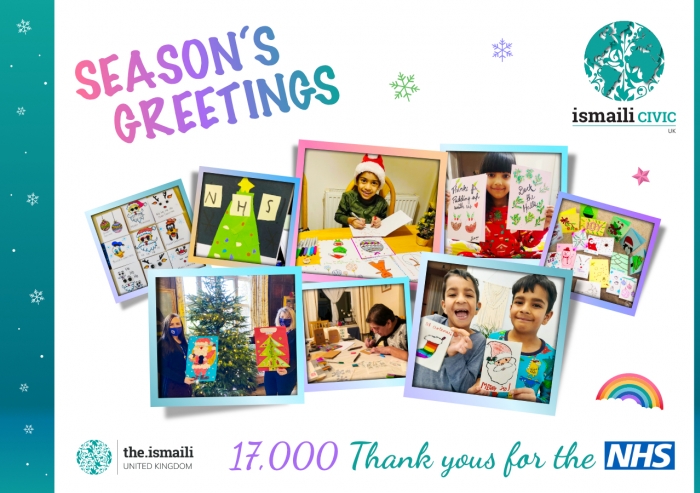