They strike suddenly – often with little or no warning – and are capable of overwhelming destruction.

Natural disasters caused by landslides, earthquakes, hurricanes, wildfires, avalanches, floods, wind and ice storms can occur in any part of the world – North America is not immune. In April alone, 32 tornadoes were reported in Kansas, Colorado and Texas, while four major blizzards and winter storms impacted the mid-Atlantic and Eastern United States earlier this year. Just last November, a 6.6 magnitude earthquake rocked British Columbia. That same year, Ontario made headlines with 18 registered tornadoes in the span of one month.

These are all sobering reminders of the value and importance of being prepared. Focus Humanitarian Assistance (FOCUS) – an international disaster planning, risk management and crisis response agency – conducted training conferences in disaster management leadership for its Regional Disaster Manager Teams (RDMTs) in Houston this February and two months later in Toronto. Titled Are we Ready?, the training prepared Regional Disaster Managers (RDMs) to respond effectively in the event of a natural or man-made disaster.

Not if but when

Preparing for the unexpected:
A family takes lessons from a house fire

The face of disaster – both natural and man-made – has greatly evolved over the years mainly due to climate change, unexpected weather patterns and increased political insecurity.

“Today, disaster management is a moving target with new kinds of threats emerging and new ways for mass populations to be affected,” said Rozmin Velani, a RDMT member for Southwestern United States. Ongoing training is essential to plan for and mitigate the risks confronting the community.

The conferences were conducted in partnership with the Ismaili Councils for Canada and the United States, and RDMTs in North America and Australia. As part of the training, each Regional Disaster Management Team assessed potential risks and threats specific to their geographic location.

“Disasters will happen, we just cannot predict when,” said Ghalib Kassam, Regional Disaster Manager for the Western United States. “So the question is not if a disaster will strike, it is when it will strike.”

When a disaster strikes, good planning makes all the difference. Community Emergency Response Team (CERT) and Justice Institute of British Columbia (JIBC) training sessions – which are ongoing across North America – enabled RDMTs to respond effectively to several disasters in 2009, including the California wildfires, a chemical fire in Texas and an apartment fire in Vancouver.

Since its inception in 1994, FOCUS has been an active responder to disasters and emergencies. For instance, in the wake of Hurricane Katrina, which hit the southern coast of the United States in August 2005, FOCUS volunteers and staff distributed clothes, basic amenities, and toys to young children and families to assist them in rebuilding their lives.

In September 2008, Hurricane Ike devastated the coastal areas of Texas, resulting in an evacuation order for nearly a million people. The Ismaili Council for the USA – South West region, and its local volunteer community-based crisis response team, mobilised human and physical resources to assist evacuees from the hurricane-affected areas.

“Hurricane Ike highlighted the vulnerability of the community,” said Velani. “The community is now interested in knowing more about the safety measures and government assistance programs in the event of such disasters.”

It takes time for the first responders to arrive at the affected area, and often neighbouring communities need to mobilise and provide assistance and relief. Trainers at the Houston and Toronto conferences stressed the importance of community preparedness. A review of CERT training, including fire drills and integral steps for other disaster scenarios was part of the conference.

A key goal of the training is for RDMs and deputies to transfer their skills and knowledge to their regional teams and build capacity in their respective regions.

For Rahim Ladha, RDMT Deputy for Quebec and the Maritimes, Canada, the event helped bring together various concepts in disaster management and mitigation, technical knowledge on various disasters, and the roles and responsibilities of the government and other organisations. “The discussions behind specific disasters in recent history reinforces the important role of communities in disasters, in particular the critical function of rescuers during the response phase of a severe disaster,” he noted. “Another important take away for me was the fact that disaster management is as much about planning and mitigation as it is about responding to a disaster.”

Participant Rizwan Bhimani, a RDMT member for Southwestern United States spoke of the inspiration and encouragement emanating from the session. “It helped to see the kind of awareness FOCUS is creating. The path ahead is very long and not easy but it is good to see that FOCUS working with the local councils has initiated steps to create lasting impact through its various programs.”

Velani views being part of the RDMT as a unique form of voluntary service; she feels a sense of satisfaction from making a difference in people's lives. Ladha agrees – serving the community through disaster preparedness and response is part of the ethics of Islam. 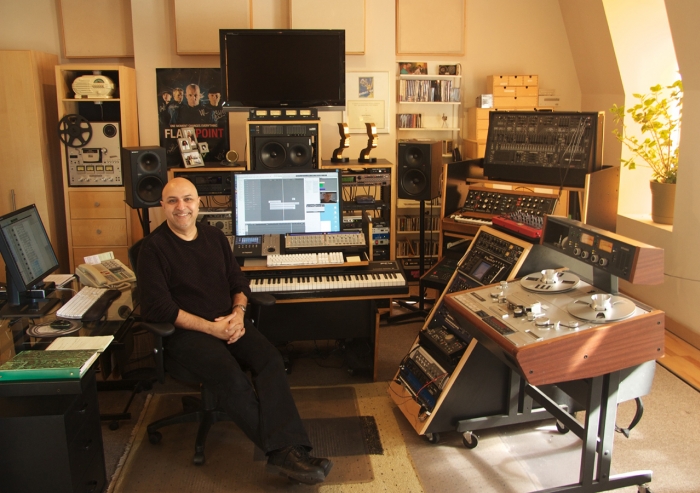