As rains pounded southern Alberta and water levels rose earlier this summer, states of emergency were declared in Calgary and other communities across the province. Ismaili institutions and volunteers quickly organised themselves to ensure the safety of the Jamat and to assist their fellow citizens in the wake of the disaster.

The first week of summer was momentous for Albertans this year.

With the declaration came a decision to evacuate almost 100,000 people from the towering high-rise buildings downtown and some of the most prestigious residential neighbourhoods in the city that run the length of both rivers. By 7:00 PM that evening, power and water had been cut off to these neighbourhoods and a usually vibrant city centre was dark. 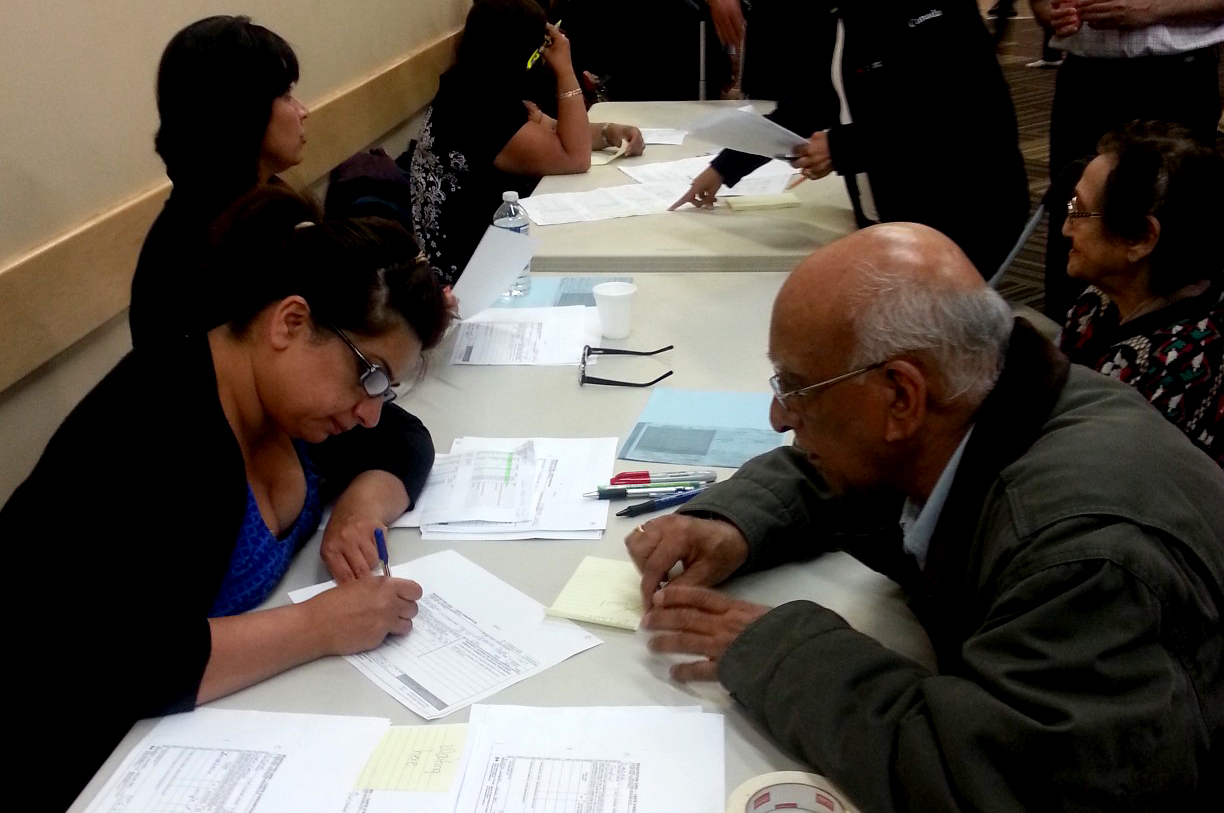 Ismaili volunteers register Jamati seniors who were evacuated from their apartments in downtown Calgary on the evening of 21 June 2013. Moshin Ukani

For Naheed Nenshi, Calgary's mayor, the decision to evacuate was difficult but necessary. At each press briefing throughout the emergency and in the numerous tweets he sent, Mayor Nenshi repeated his mantra: “Our first priority is the safety of Calgarians.”

The following 24 hours saw both rivers crest at record water levels, submerging over half of Calgary's downtown. Entire streets were washed out and the local NHL hockey arena flooded to the 14th riser of seats. It was the city's most significant flood in 100 years. But the mayor's steady hand and open communication style pulled the city through one of its worst disasters.

Thousands of Ismaili Muslims call Calgary home and the emergency left many scrambling to get out of their homes. Among them were approximately 90 households headed by elder members of our Jamat who lived downtown.

In response, the Ismaili Council for the Prairies and Focus Humanitarian Assistance established an Emergency Operations Centre (EOC) that evening. From this base of operations, the team began quickly contacting affected seniors and other vulnerable families, dispatching buses into the downtown core to collect stranded residents and bringing them to a reception centre setup at Airways Jamatkhana where they met relatives and host families. 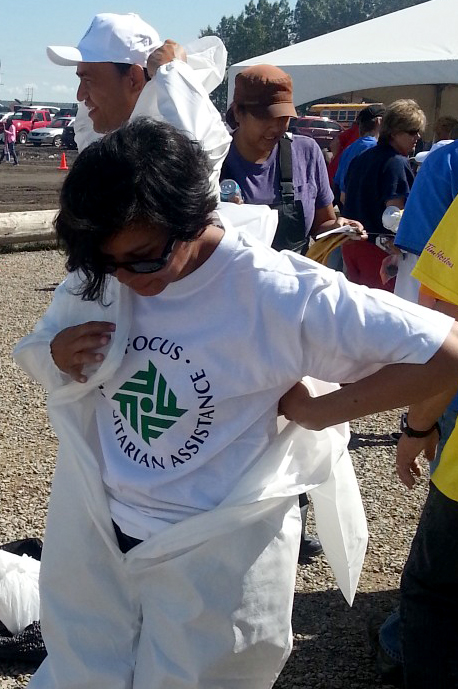 Dozens of unaffected families offered their homes and assistance. Eleven Ismailis were placed with five host families during the 72-hour evacuation period, and many remain there as they wait for their residences to be repaired. For other families who were able to evacuate successfully, the EOC provided a contact point, regular news updates and offers of support.

“I'm really proud of the way we have managed this situation,” said Malik Talib, President of the Council for Canada, when he addressed Jamati volunteers in Calgary on the Sunday of the flood. “I urge you to remain proactive and to continue to provide the Jamat and community at large with the resources it needs to get through this difficult time. I assure you, that you have the support and prayers of the entire Canadian Jamat to help you with these efforts.”

During his visit, President Talib toured some of the more severely damaged areas of the city and met with a host family and evacuated guest. He was touched by the good will and expressed his sincere gratitude to volunteers and members of the Jamat for their resolve and selflessness in helping those in need during this time.

“While this is devastating for the city, it demonstrates our tenacity and resilience in the face of difficulty,” he said.

As the recovery got underway in the city and across southern Alberta, the need climbed for volunteers in almost all of the 75 affected Calgary neighbourhoods. Those with flooded homes and debris-covered floors needed help to pump out water, sort through personal items and tear down dry-wall. The Calgary Ismaili community responded by organising groups of volunteers to go into communities to help, along with over 200 Ismaili volunteers who registered with the Red Cross. The Ismaili Councils for Canada and the Prairies along with FOCUS also offered their resources to the provincial government.

Thirty-seven kilometres south of Calgary, the community of High River – home to 12,900 residents – was one of the hardest hit areas in the Province of Alberta. A week after the flood waters receded, the provincial government took over the disaster management and recovery effort in this town. In response to a plea for help, the Ismaili Council for the Prairies and FOCUS organised a bus-load of volunteers to travel to High River and help residents clean out their basements and recover property. FOCUS Canada was also able to provide leaders trained in emergency operations management to organise and run the grassroots volunteer efforts in the area.

Now, several weeks after the southern Alberta floodwaters have receded, the sun is shining and recovery efforts continue. Thousands of people are still cleaning up and others are scrambling to repair their homes before winter arrives. Together with their fellow citizens, the Ismaili community continues to rise to the challenge of helping Calgarians access to government services and return safely to their homes.

“As the community begins to recover, this can only make us stronger,” said President Talib.