Finding peace amidst a legacy of conflict and resolution

In May 2010, Naveed Somani was named to the Steering Committee for the Royal Commonwealth Society’s Nkabom International Youth Leadership Programme. Focused on equipping young people with conflict resolution skills, the programme took him to Rwanda where he witnessed the legacy of a national conflict and its resolution. He shares his impressions and experiences.

The 20:15 train to Birmingham, 15 September 2010 – As I look around, the familiarity of being back in the United Kingdom makes the last two weeks seem surreal. Had I actually spent them in Rwanda, exposed to the stark realities of conflict, raw and uncensored? I flick through the photos on my camera and am quickly reminded of just how real the past fortnight had been, as I consider the deep effect it would have on me for the rest of my life.

In May of last year, I was fortunate enough to have been selected as a member of the Steering Committee for the Royal Commonwealth Society's Nkabom International Youth Leadership Programme. Founded in 1868, the Royal Commonwealth Society is an international educational charity whose mission is to support and promote the modern Commonwealth, its culture and core values. Mawlana Hazar Imam is a Vice President of the organisation. 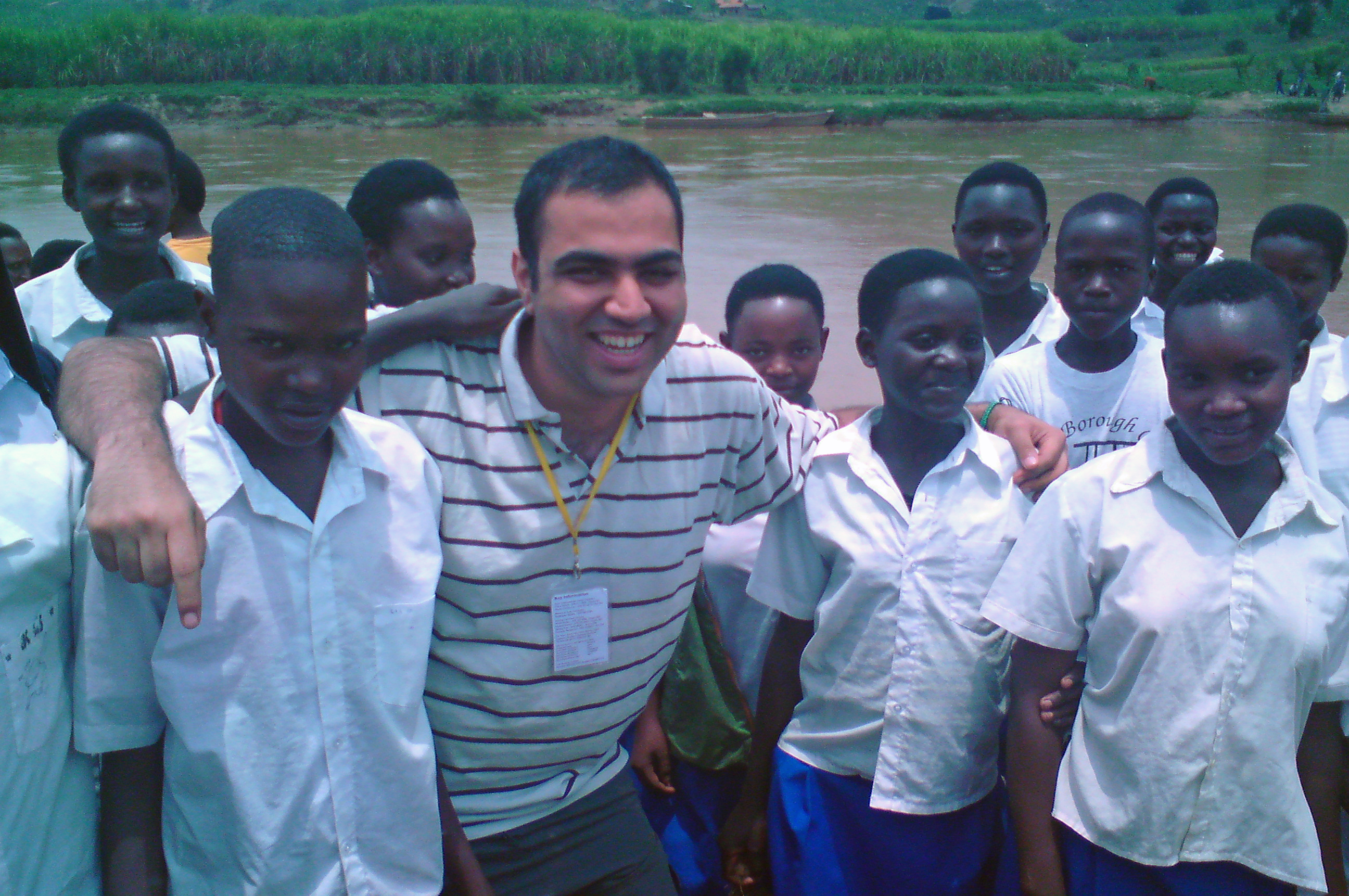 Nkabom (pronounced ink-a-bom) means ‘coming together' in the Ghanaian language of Twi, and the international leadership programme was first held in Ghana in 2004. It aims to equip young people with conflict resolution and peace building skills, recognising the capacity of youth to contribute to this important area.

At our first meeting we selected 38 young leaders from over 500 international applications for the interactive 10-day programme. The participants came from widely different backgrounds, comprising an astonishing array of races, religions, nationalities, and cultures – but they were united by a desire to become agents of peace.

Rwanda proved to be the ideal setting. The country's history of conflict is well known – but it also offers a model for conflict resolution. It is the Commonwealth's newest member and a remarkably young country – the median age of Rwandans is 18.6. The necessity, therefore, for young Rwandans to be agents of change is greater than elsewhere.

With our participants and location selected, the Steering Committee spent a sweltering summer putting together a programme that could both stimulate and inspire our young participants. Despite our hard work and planning, we could not predict the profound effect the programme would have on all of us. 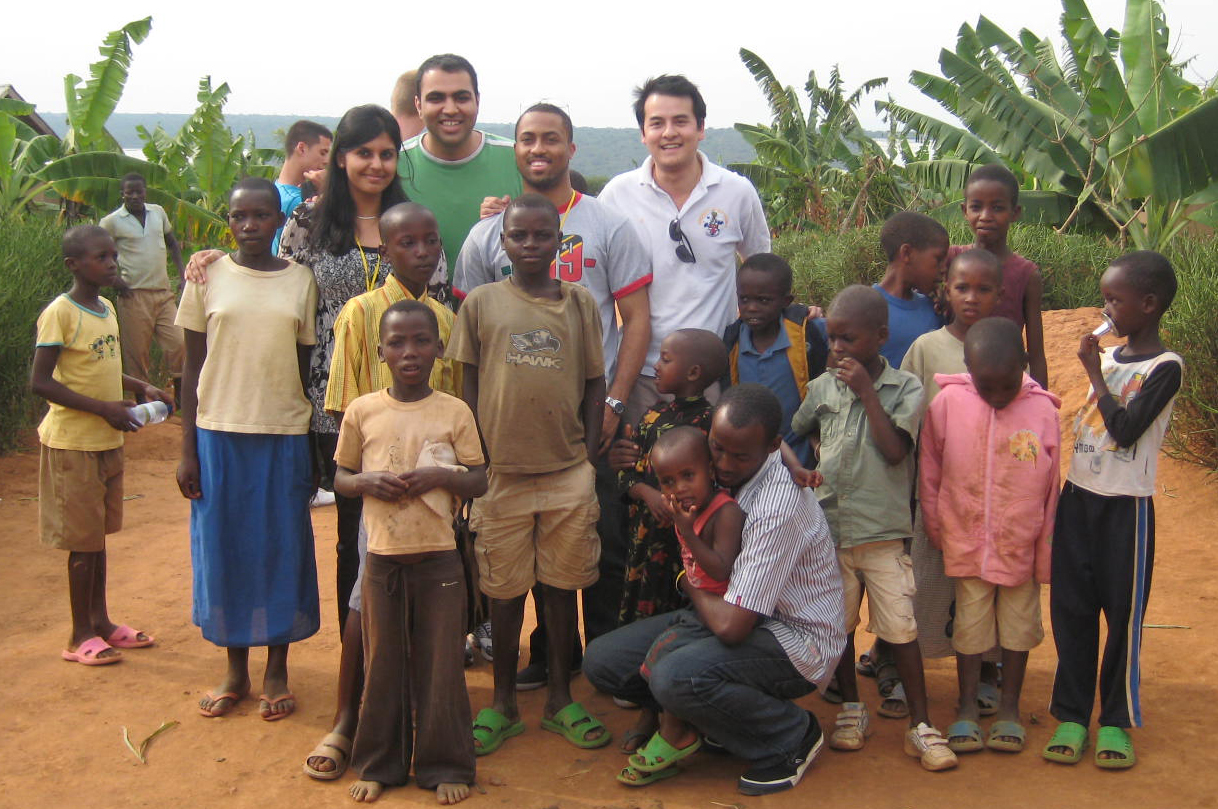 Children gather with some of the Nkabom participants at the reconciliation village. Courtesy of Naveed Somani

The Steering Committee arrived a few days before the participants, at the start of September. As I stepped off the plane, the silhouette of Rwanda's undulating landscape came into view, and it quickly became clear why it has been dubbed “the land of a thousand hills.” We toiled to put the finishing touches on the programme, and before we knew it the participants began arriving.

The programme was packed with opportunities for the participants to grow and realise their potential as leaders for a better world. We examined Rwanda as a post-conflict case study, visited genocide memorial sites, heard from civil society actors, and learnt about how Rwanda had involved youth and women in their peace building process.

Interactive sessions deconstructed the root causes of conflict and looked at how through campaigning, advocacy and lobbying conflict can be resolved. The programme ended with a consultation with His Excellency, President Paul Kagame who urged the participants to harness the great pool of energy within them and tackle injustice wherever it exists.

I was most affected by our visit to a reconciliation village. We spent the morning visiting a memorial site, seeing first-hand the effects of the horrors man is able to visit on his fellow man. Later that afternoon, we drove to a small village on the edge of Kigali where we heard from perpetrators and victims of the genocide. 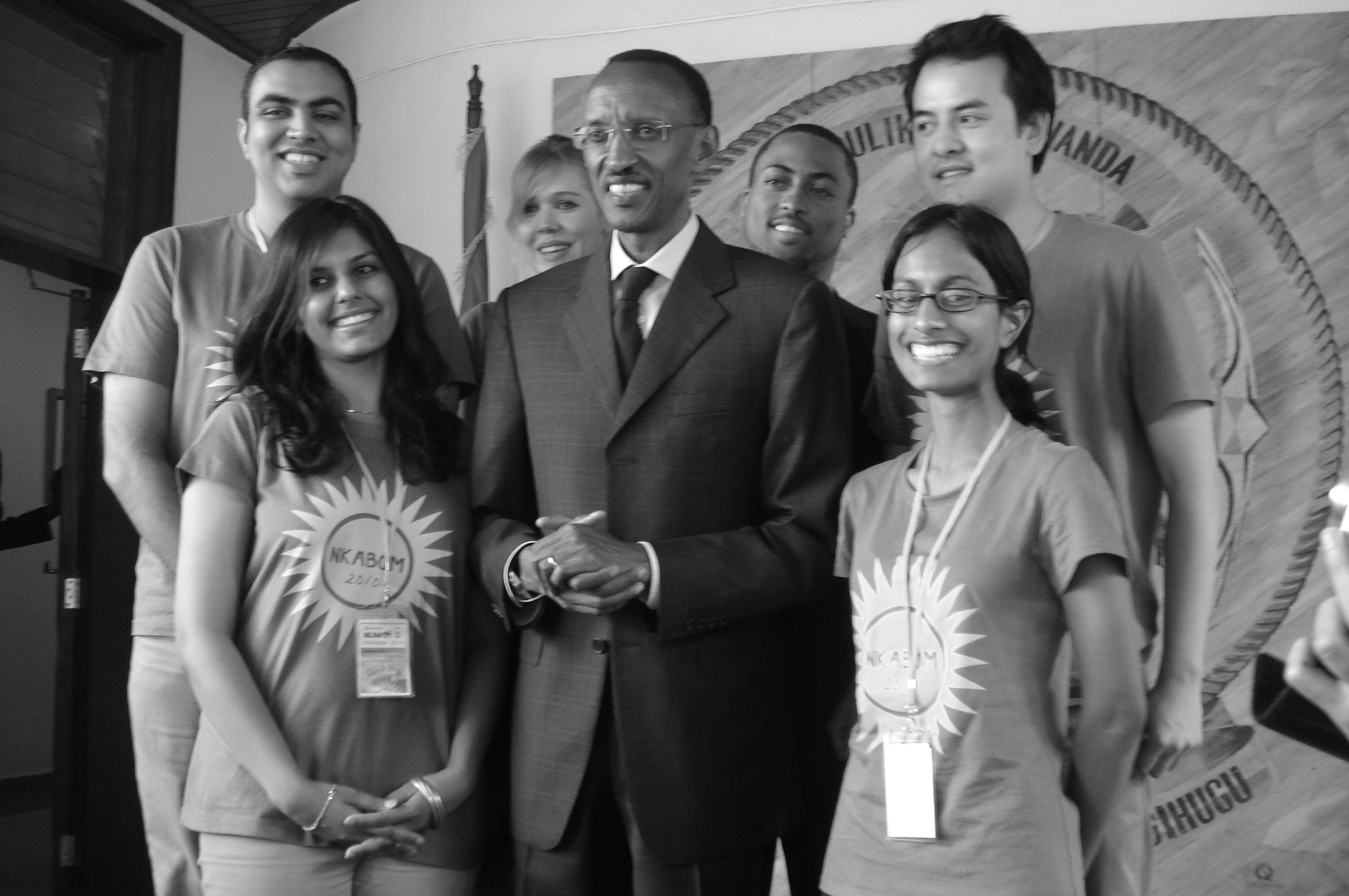 The contrast from the morning couldn't have been starker. The ability of the victims to forgive those who had committed unspeakable crimes on their families only 16 years earlier was astonishing and humbling.

As young people, our responsibility to transform tomorrow's world into a society where peace, harmony and forgiveness reign is on our shoulders. Let us recognise our responsibility and make the world a better place for our parents, our peers and our children.

Naveed Somani is a Project and Research Assistant with Focus Humanitarian Assistance, and recently completed an MA in International Studies and Diplomacy at the School of Oriental and African Studies (SOAS). He also has an LLB in Law from the University of Oxford and has been involved in a number of community projects including serving as a legal consultant for Mwanzo Mwema, a charity that aids students in East Africa wishing to pursue further education.

This article was adapted from a version previously published in The Ismaili UK magazine.

Maximising productivity while learning from home