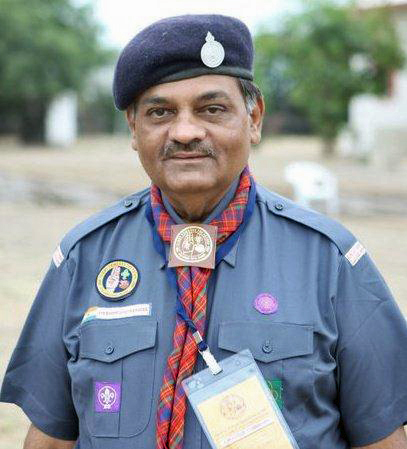 It is unlikely that Karim Moledina can remember a time in his life without the Scouts – last year marked his 50th with the movement.

Moledina began as a Cub Scout in 1961 in Mumbai, when he was just nine years old. At the time, he could not have imagined the lifelong commitment he would develop to the movement, nor how far it would take him in the years to come: most recently he travelled to Tajikistan where he was asked to establish Scouts and Guides groups in the Ismaili community.

The importance of service was instilled in Moledina as a young boy growing up in Mumbai, where he has lived his whole life. Following his uncle's example, he joined the Mumbai Darkhana Jamatkhana Scout Group, a group branch of the worldwide scouting movement that teaches youth to become active members of their communities through physical, mental, and spiritual development. 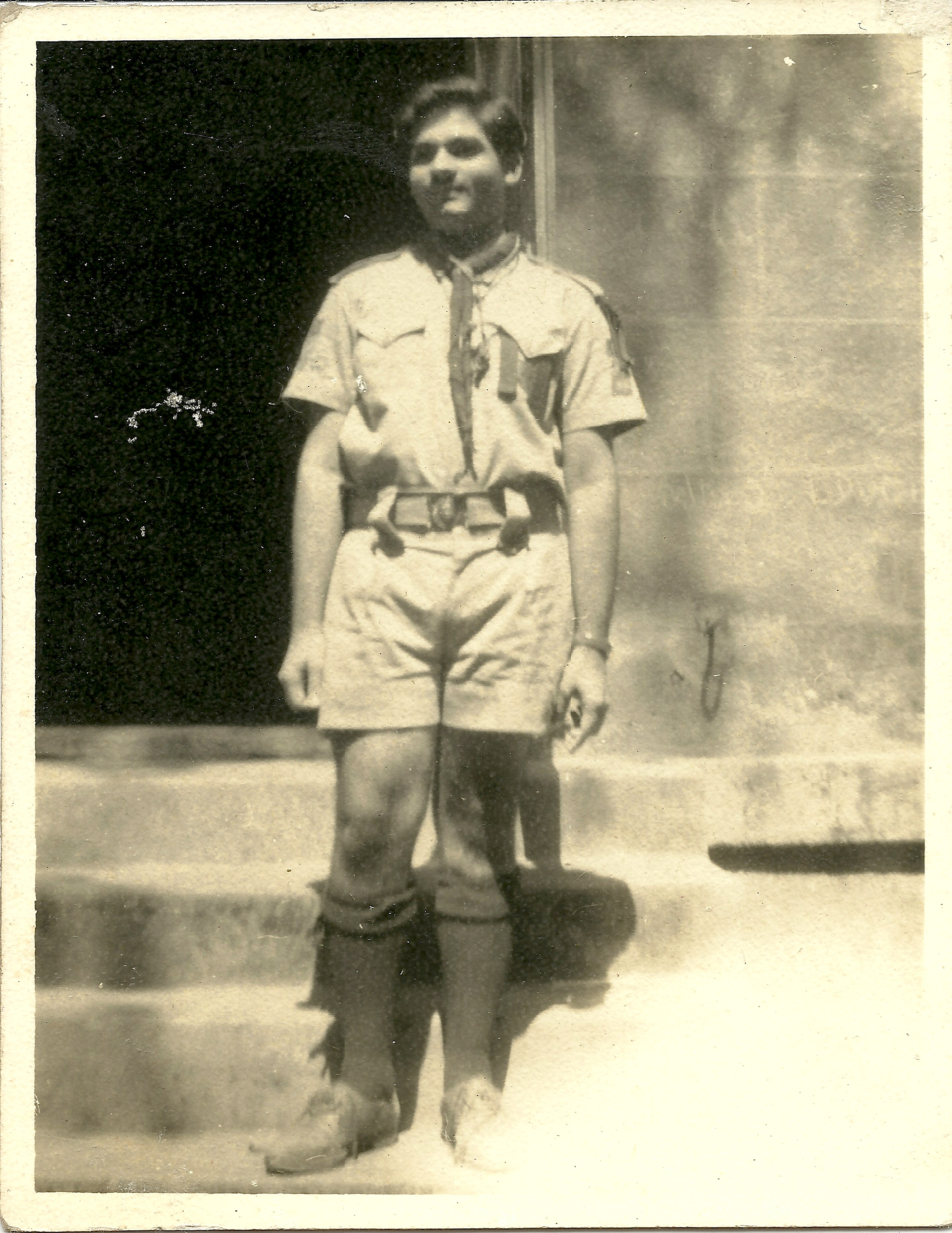 The young Cub Scout followed a progression of levels to eventually earn the Himalayan Wood Badge, the highest badge for any Scout leader in India. Over the years, Moledina has been involved in establishing new Scouts and Guides groups in India while serving as Cub Master, Scout Master and currently Group Leader for the same Darkhana Jamatkhana group that he began with.

As the Convenor of the National Scouting Guiding Development Committee of Aga Khan Youth and Sports Board for India, Moledina leads the movement nationally within the Indian Jamat, which counts some 250 Ismaili Scouts and Guides groups with more than 10,000 members. But he has also taken his expertise to the wider Indian community through the Bharat Scouts and Guides District Associations, and positions as Badge examiner and Executive Committee member that he has held since 1978. For the past 10 years, he has also served as Assistant District Commissioner for East Mumbai District Association.

Moledina's many positions have provided cross-over benefits for all of the organisations involved. For example, several of the manuals written for the Scouts and Guides as part of his work on the Aga Khan Youth and Sports Board are being used and published by the Bharat Scouts and Guides National Headquarters in India. 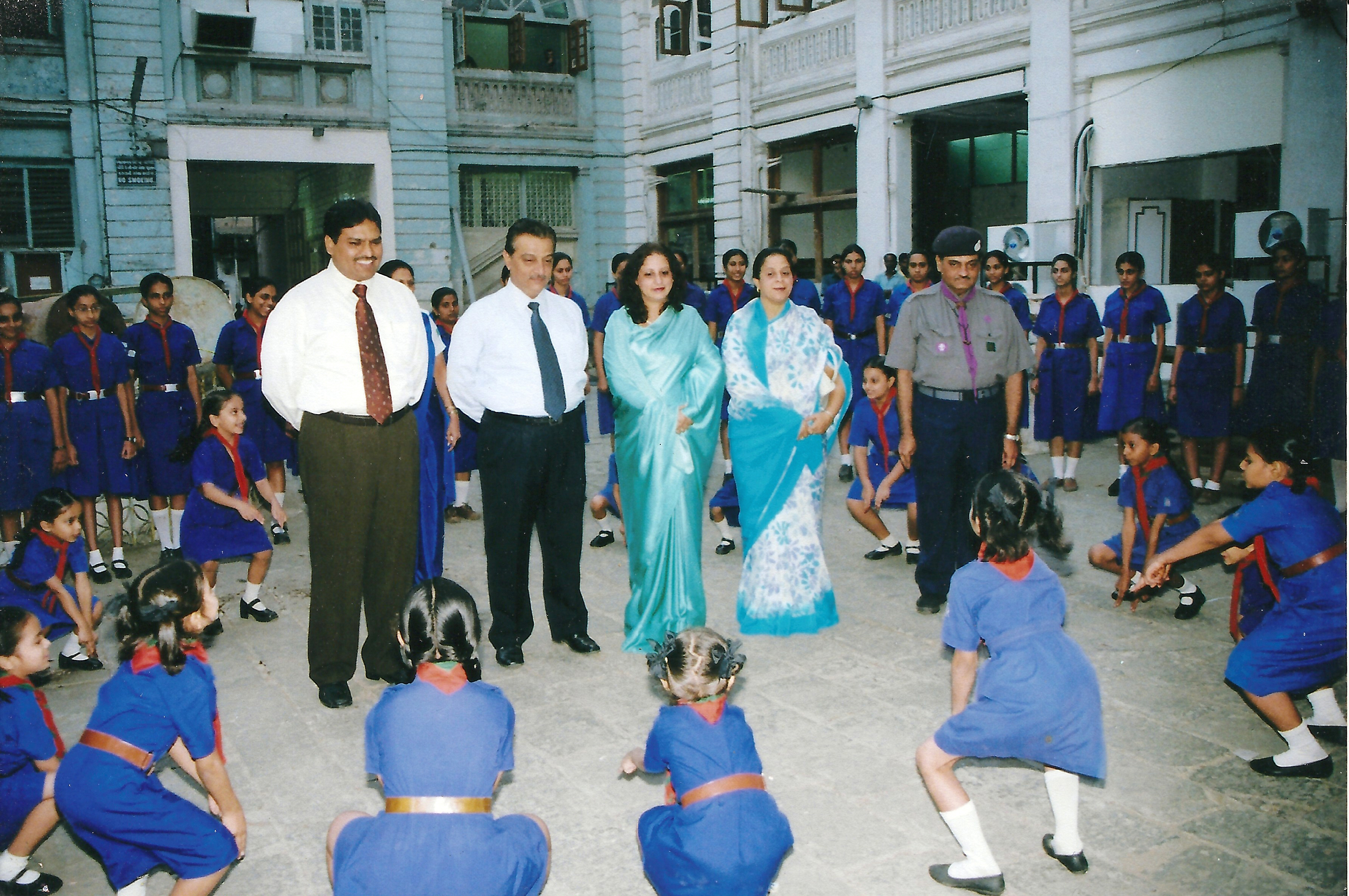 Receiving a salute at the inaugural ceremony marking the Diamond Jubilee of the Darkhana Guides Group. Courtesy of Karim Moledina

However, the litany of roles is only part of what Moledina considers his commitment to the movement. Ultimately, Scouts has become a way of life for him, and an important means of giving back to his community. “It is gratifying for me to know that today many of the children who were trained under me are in senior leadership positions not only within the community but also in their professional lives,” says Moledina with pride.

Moledina's journey with the Scouts has also taken him outside India's borders, to Africa and Central Asia. In 2006 he was invited by the Democratic Republic of Congo's Jamati leadership to revive their Scouts organisation in Kinshasa. Subsequently, as part of his Time and Knowledge Nazrana, he was asked to lay the foundation for Scouts and Guides groups in Tajikistan.

“It was an uphill task to start the Scouts and Guides in Tajikistan,” Moledina explains. Unlike in India, the movement did not have strong roots in the Central Asian country. Coupled with a language barrier, the assignment became an exciting new challenge for him. 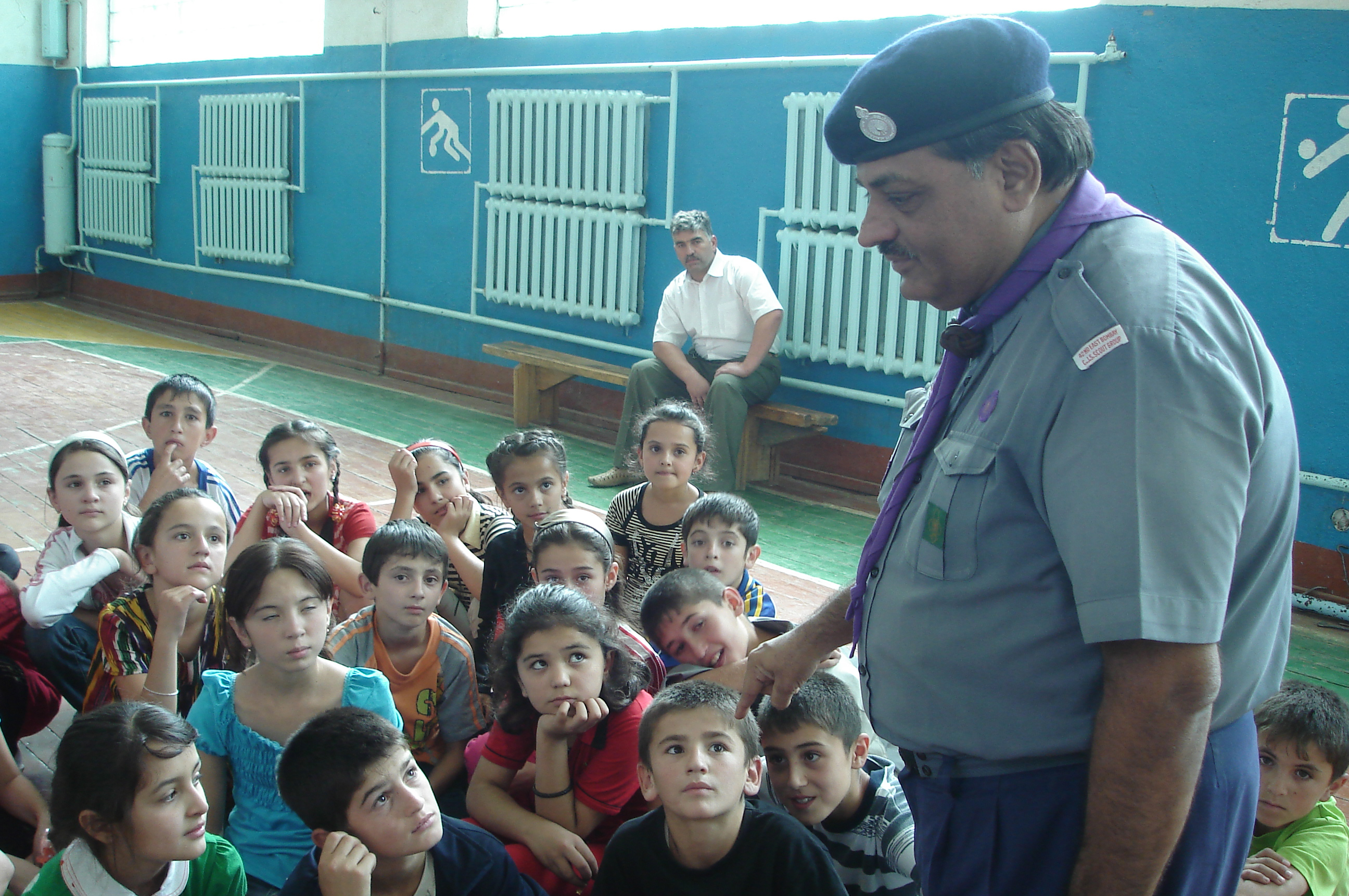 Scouts vetran Karim Moledina explains the importance of Scouting and Guiding to students at the Aga Khan Lycee in Khorog, Tajikistan. Courtesy of Karim Moledina

But Moledina is no stranger to challenge – if there is one thing that the Scouts has taught him, it is how to approach a difficult situation. “True leadership qualities are enhanced through Scouting,” he says. He sees leadership in Scouting as an extension of his faith: “The notions of brotherhood, teamwork, and unity – which are all essential principles of the faith – are intrinsic to the Scouting way of life.”

By the time Mawlana Hazar Imam arrived in Tajikistan for his Golden Jubilee visit in 2008, 72 Scouts and Guides had been trained and prepared to participate in the visit activities. Presently, the group has approximately 150 members, who volunteer their services during a variety of functions that are organised at the recently opened Ismaili Centre in Dushanbe.

Zaman Velji, a Program Support Officer for the Aga Khan Development Network in Tajikistan at the time, recognises the importance of the initiative. “The Scouts and Guides provide an important framework for young people to put their values into practice and engage with a wide variety of activities,” he says. “It is very much an asset to the community.” 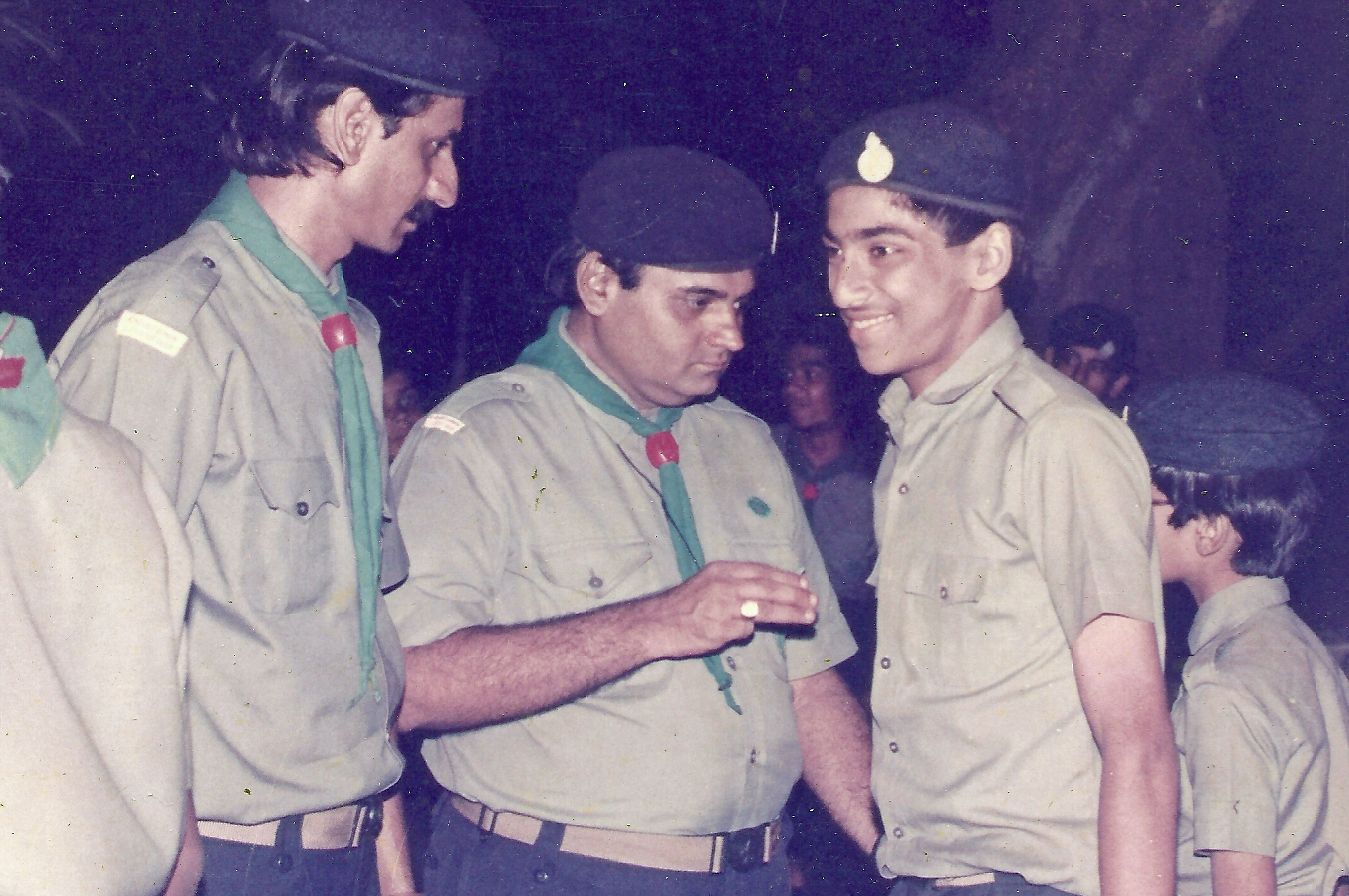 “As more young people begin to participate, the Jamat in Tajikistan will start to become aware of the movement's aims, and hopefully more youth will benefit from this program,” Velji adds.

Moledina agrees. When asked what advice he would offer to young people today who are considering which activities to pursue, he recommends that they should “have a sense of commitment towards volunteerism, never miss an opportunity to be a Scout or a Guide and perform your duties whole heartedly. Learn as many skills as you can from this movement which will enable you to become a good and responsible citizen, and a dedicated leader of the Jamat.”

Because of the efforts of leaders like Moledina, young Ismailis continue to have opportunities to forge new paths in this inspiring movement.

The Jubilee Arts effect: Promoting art and culture in India