Lal Bano stares ahead – a blank expression on her face. On 4 January 2010, her life was forever changed when a landslide buried the entire village of Attabad in the Hunza valley.

She lost six members of her family in a matter of seconds.

Naseem, a fellow survivor who barely escaped with the clothes on her back, recounts the tragic event: “I was up on my roof when I suddenly heard loud noises. Everyone in the village started yelling and running around, telling others to run for safety. I was frightened and started running also. It came like a whirlwind and destroyed everything.”

Some 1 163 people managed to escape the disaster, which killed 19 when it struck the Northern Pakistan territory of Gilgit-Baltistan. Four of the victims' bodies were recovered only as recently as three weeks ago; two are still missing.

From landslide to flooding: a cascade of disaster

The landslide hit three villages directly – Attabad Payeen, Attabad Bala and Sarat – and the debris created a natural dam across the Hunza River. The barrier resulted in the formation of a temporary lake, which, according to geologists from Focus Humanitarian Assistance (FOCUS) Pakistan, now stretches 12 kilometres towards the Khunjrab Pass and is rising quickly with a current depth of 75 metres (246 feet).

The rising waters swallowed up the village of Ayeenabad, and are now threatening to flood Shishkat and Gulmit – two of the largest settlements in the Gojal valley that are home to approximately 7 000 people. Parts of a major bridge along the Karakoram Highway that spans the Hunza River have also been submerged, cutting off some 25 000 people who live in the valley. Among them, 3 000 people are stranded in Shishkat village, which has become an island on the lake.

The National Disaster Management Authority (NDMA) has started work on repairing the highway and has also established a boat service to transport people living in Gojal, while helicopters remain on standby in case of an emergency. Meanwhile, the Frontier Works Organisation (FWO) – a branch of the Pakistan Army that focuses on construction – is coordinating the excavation of a spillway.

If the water level continues to rise at its current pace, it is anticipated that houses located along the riverbanks in Shishkat, Gulmit, Hussaini and Passu could be engulfed within two months. However, should the dam burst, villages situated downstream in Hunza, Nagar, Gilgit and beyond will be flooded, and thousands of people would be affected by the collapse of bridges, damage to link roads, electricity pylons and telephone poles. There is also a risk of flood-triggered landslides and land erosion.

Planning for the worst

As part of its contingency planning, FOCUS Pakistan identified villages that were at risk and asked government authorities to resettle and relocate populations that were under immediate threat. People in high-risk villages were evacuated and relocated with host families in safe zones.

For the downstream populations, FOCUS has put in place an early warning siren system that can be activated using a cell phone. A team of FOCUS Pakistan staff is monitoring the lake around the clock with the help of CCTV cameras. An SMS text message can trigger the alarm, which would alert all nearby villages to evacuate immediately.

FOCUS has also consulted with noted experts in landslides and lake monitoring. Dr David Petley from the International Landslide Centre at the University of Durham was invited to study the affected area and recommended various measures for reducing risk to life and property that might result from a sudden dam failure. The findings of his report were shared with Pakistan's Ministry of Environment. Another expert, Richard Hughes, suggested ways to improve the lake monitoring mechanism.

The early warning system includes evacuation plans for 23 vulnerable villages. Evacuation drills have been conducted, and emergency stockpiles of tents, tarpaulins and blankets are in place. FOCUS has also developed emergency instructions and awareness raising material for the vulnerable communities and disseminated it through local newspapers and community centres.

As part of its mandate, FOCUS Pakistan conducts regular geological surveys and hazard assessments of vulnerable areas across the country, particularly in the mountainous areas of northern Pakistan. A 2006 assessment suggested that Attabad was at high risk of a landslide, and that the eastern part of the village was most vulnerable.

“One block of the area had already been detached in a landslide in 1994,” said a FOCUS geologist who conducted the survey in 2006. “Since then, there was a projected risk of another block falling off, since there were obvious cracks that were at least 100 metres in length.”

The survey and hazard assessment report was shared with the Gilgit-Baltistan government, and resulted in 27 households being relocated from Attabad Bala to safer locations in March 2009. In hindsight, the pre-emptive relocation saved many lives.

In the aftermath of the landslide, FOCUS Pakistan-trained volunteers were among the first responders, providing immediate relief to victims and facilitating the evacuation of the entire population. Four internally displaced persons (IDP) camps were set up at local schools, where relief supplies were made available. Assistance from other agencies, including the Red Crescent Society, the Aga Khan Health Service, Pakistan and the Government of Pakistan was also available shortly after the disaster struck.

The resettlement process has yet to begin. Uncertainty and questions over compensation for the loss of property and livelihood remain barriers for families, who for the time being prefer to remain in IDP camps.

“Rehabilitation and resettlement of the displaced people is the responsibility of the government,” said Wazir Baig, speaker of the Gilgit-Baltistan Legislative Assembly. “There are different options at hand but we would prefer to work according to the wishes of displaced people,” he noted, adding that the government's revenue department is working on assessing the cost of the destruction. 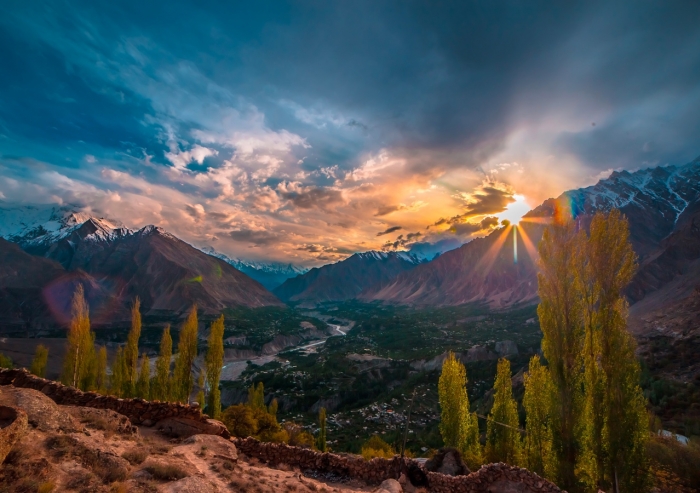 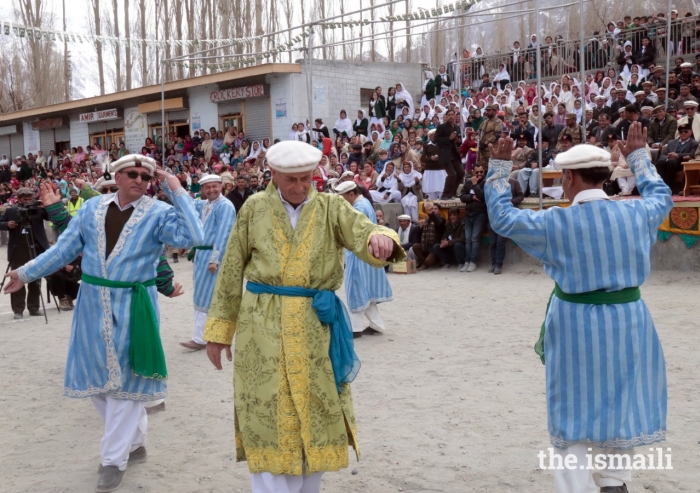