One of the great traditions in sport is the handshake line at the end of a game. Two teams who have just competed against one another set aside their rivalry in the interest of sportsmanship, and congratulate the other on a well-played contest. It’s a ritual that elevates athletes to something greater.

At the Special Olympics World Games in Los Angeles this summer, the handshake line was a staple, and occasionally something even more remarkable would happen. At the end of a basketball game between New Zealand and the United Arab Emirates, the players from both sides joined hands in a circle at the final buzzer and jumped and cheered with each other before celebrating as separate teams.

It was a unique moment, and a reminder that the World Games are about more than just competition — they are a demonstration of unity, acceptance, courage, and joy.

“These Games will change the lives of people around the world who are mistreated and excluded because they’re different,’” said Patrick McClenahan, President and Chief Executive Officer of LA2015, the Games Organizing Committee. 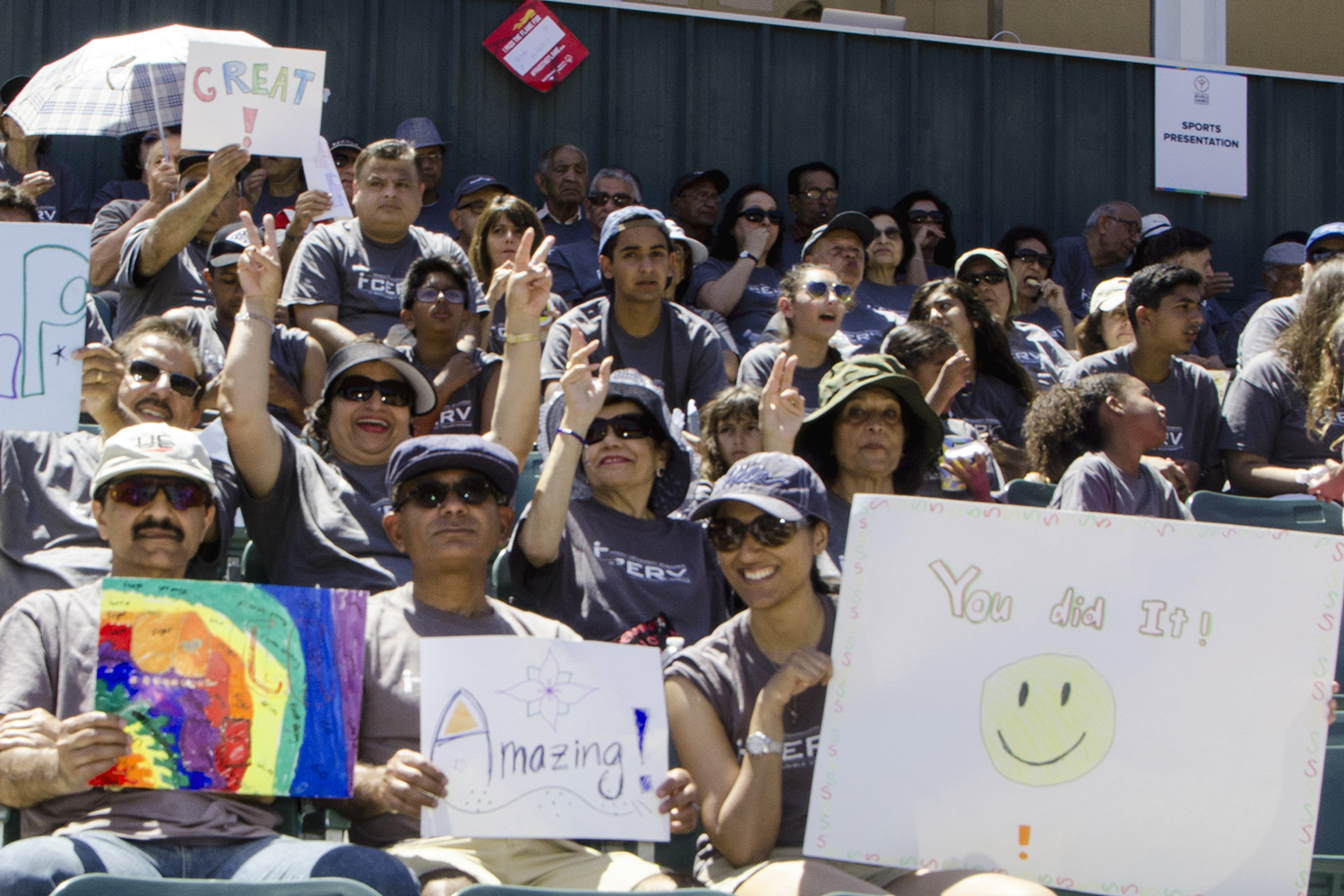 Ismaili fans fill the stands to cheer on athletes at the Los Angeles Special Olympics.
Ismaili Council for the USA

The Special Olympics are held every four years for people with intellectual disabilities. Over 6,500 athletes from 177 countries competed in Los Angeles this summer in 25 Olympic-type sports.

When the Ismaili Council for the United States was invited to assist with the 2015 Special Olympics, the Jamat embraced the opportunity.

Ismaili college students served as volunteer liaisons, assisting delegations from Denmark, Malawi, India, Laos, and Bhutan by answering questions and catering to the needs of their athletes. Healthcare professionals provided medical check-ups for athletes, eye exams and nutritional counseling. A group of over 200 volunteers attended the games on a single day, taking to the stands to cheer on all the athletes regardless of their teams, and offering personal encouragement.

When Dallas musical group Fez and the Sufistics were asked to come out to the University of Southern California campus for two days to perform for the athletes, they jumped at the opportunity.

“The day we got the call that this was for the Special Olympics, I called the band and within 15 minutes the answer unequivocally from everybody was 'Yes!',” says Fez Meghani, the band’s leader. “This is a great cause for us to come out and do a performance.”

Ismaili volunteers were also asked to act as hosts for the delegation of 76 athletes and coaches from Bangladesh. This included arranging transportation for them to their residences as well as taking them sightseeing to Hollywood and the Santa Monica pier. 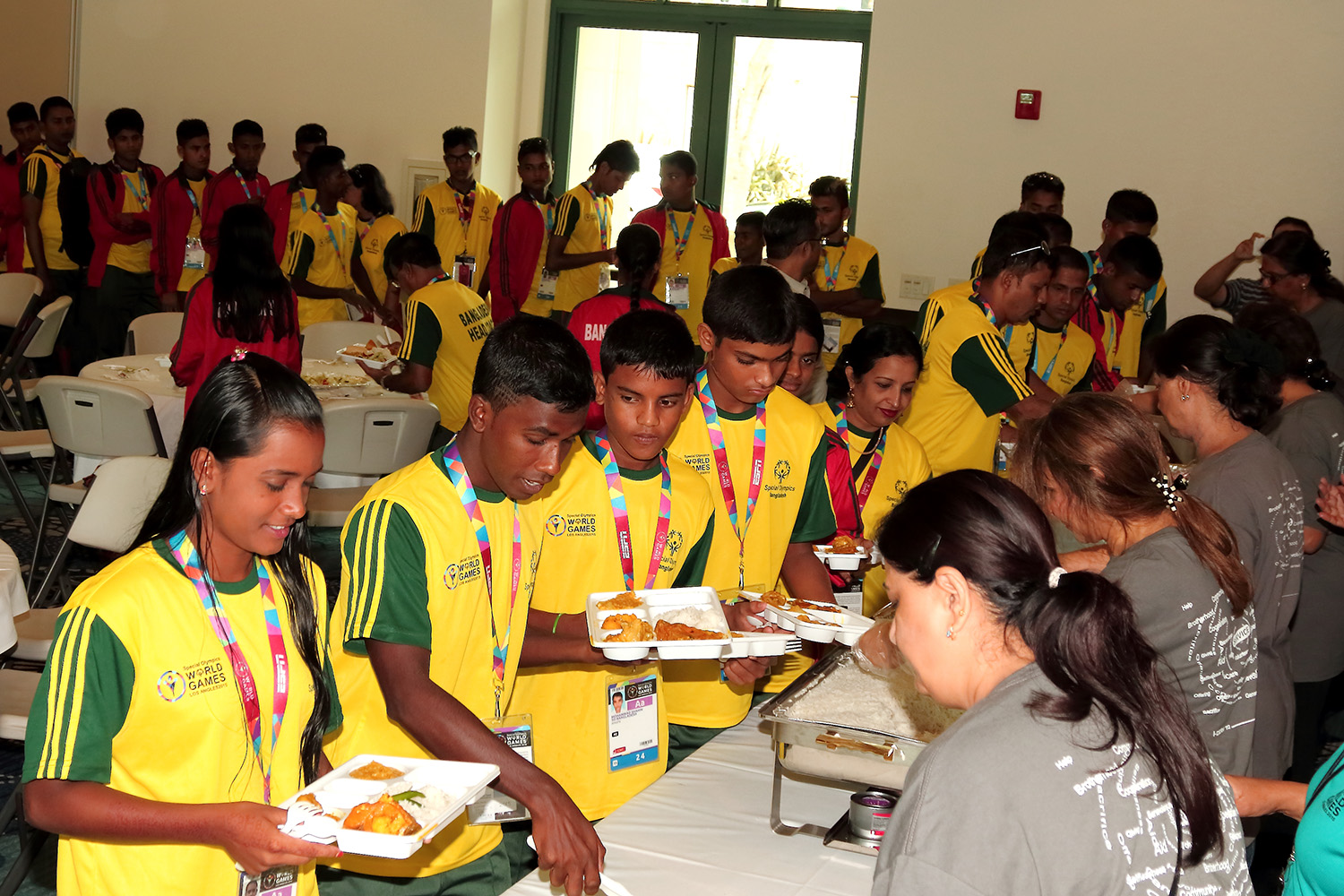 Volunteers serve a meal to members of the Bangladesh delegation at the 2015 Special Olympics in Los Angeles.
Ismaili Council for the USA

Luncheon and dinner receptions were organised for the Bangladesh delegation. Attending the luncheon as the guest of honour, Karen Baker, California's Chief Service Officer offered encouragement to the athletes and awarded the volunteers certificates of appreciation from the Office of the Governor in recognition for their efforts and support of the Games.

At the dinner reception, Ismaili youth and some of the athletes performed on stage before an audience that included the Vice-Consul of Bangladesh. During a Bengali folk music dance, members of the audience did not realise until the end that many of the athletes were hearing-impaired and had followed directional hand-signals from a coach throughout the performance. The applause was overwhelming, with few dry eyes in the room.

"We feel that we are at home," said Faruqul Islam, National Director and Head of the Bangladesh Delegation. "What you have done for us," he continued, addressing the volunteers, "is really an experience, which we will bring back to our country and share with our families, our community and the press."

According to many, it was impossible to spend time at the Games and not feel an overwhelming surge of happiness and admiration for the bravery and determination of the participating athletes.

“There was a sense of pride for what the Bangladeshi athletes had accomplished with the challenges they faced, and what our team did in hosting them,” says volunteer Amin Ajani.

“Most of all, the volunteers experienced gratitude for this service opportunity." 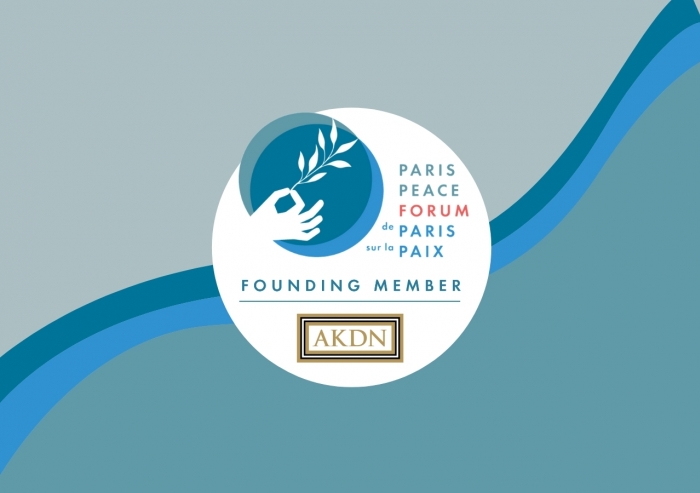 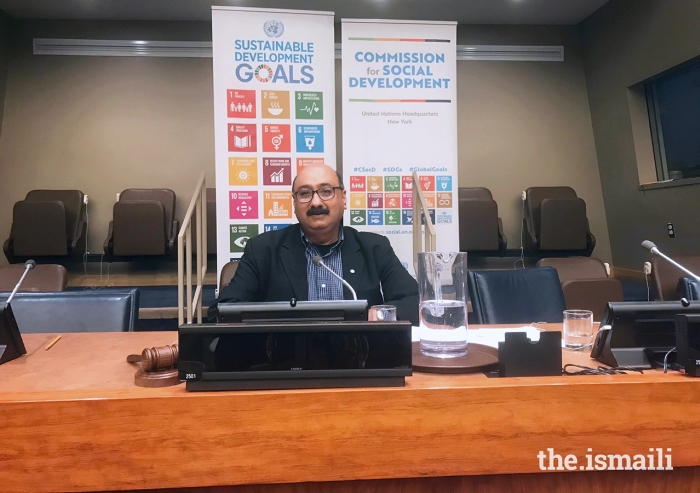 One person’s mission to connect communities