On the occasion of International Women’s Day, 8 March 2019, we celebrate the achievements of notable Muslim women - historical and contemporary - who have inspired and continue to inspire people of all faiths, backgrounds, and fields of endeavour.

International Women’s Day is commemorated on 8 March every year, and has become a contemporary recognition celebrating the accomplishments of women throughout time, as well as an occasion for renewing efforts towards achieving equality of opportunity and justice in society. The day was first marked in North America and Europe, as a result of women’s rights movements in the early 1900s, and was adopted by the United Nations in 1975.

The occasion also provides us an opportunity to look back in history and recall the women who have played a central role in the formation of the Muslim ummah and its development over time. Around time of the revelation of Islam in seventh-century Arabia, the Prophet Muhammad (may peace be upon him and his family) made efforts to improve the social status of women of the time. The Holy Qur’an’s recognition of women as being rightful inheritors of their family estate alongside men, granted them legal status which they had lacked previously; and the Prophet’s regard for women, and his reputed consultation with them, reflect what we may today refer to as Islam’s ethic of inclusiveness.

Before and during the early days of Islam, the Prophet’s wife, Bibi Khadija, had been a successful trader, who managed a caravan business in Mecca, and used her wealth for the benefit of others. After receiving his first revelation, the Prophet confided in her, and she became the first person to acknowledge him as Allah’s final messenger.

Their cherished daughter Bibi Fatima, who was married to Hazrat Ali, was regarded as being hard working, determined, and ever helpful. She is referred to as Fatima al-Zahra, the radiant one, while her designated descendants from among the ahl al-bayt symbolise the continuation of the Prophet’s message, epitomising her unique status in Shi‘i interpretations of Islam. Similarly, Hazrat Zaynab, the third child of Hazrat Ali and Bibi Fatima is highly regarded by Shi‘a Muslims for her resistance to oppression and insistence for justice. Her courageous outlook set an example to the community of the time, and she was considered a source of wisdom to other women.

As the Muslim community grew and spread geographically, many more women would make significant contributions to the societies of their time, often with a lasting impact.

In the eighth century, Rabi‘a al-‘Adawiyya was born into a poor family and orphaned during a time of famine, which led her to be sold into slavery. After her master freed her for being staunchly devoted to God, she lived in solitude outside of Basra, Iraq. The idea of divine love inspired Rabi‘a, and she became known as the first female Sufi saint. She is noted for her passionate love of God and her expression of this through poetry. Her views on divine love were adopted by later Sufi masters and philosophers. Reflecting on Hazrat Ali’s teachings, she stressed that this love had to be free of seeking reward or avoiding punishment:

During the period of the Umayyad caliphate in al-Andalus (711 - 1031 CE), groups of women engaged in the thriving cultural life of Cordoba, Spain. Some of these include the poet Princess Wallada; the intellectual and mathematician Lubna; and the librarian Fatima, who bought books for the royal library. During this time, some women also worked as the caliph’s officials while others devoted time to studying the Qur’an and hadith. Princess Wallada shows her independence in a poem where she writes:

“By God, I am fit for greatness and I walk along in great pride”.

At the time of the Abbasid caliphate (750 - 1258 CE), greater opportunities were provided to learn and participate in the pursuit of knowledge during the so-called Golden Age of Islam. In striving to learn more about Allah’s creation, the notable female astronomer Mariam al-Ijliya advanced and fine-tuned Greek instruments such as the astrolabe in 10th-century Syria. The astrolabe helped to establish time, measured the movement of planets and stars, and determined position when travelling, thus making a significant contribution to what would later become known as space science.

In the Fatimid era (909 - 1171 CE), when the Ismaili Imam-Caliphs reigned across the Southern Mediterranean coast, including present day Tunisia, Egypt and parts of Syria, women found representation in several walks of life. When seven-year-old Imam al-Zahir became the Imam, his aunt Sultana Sitt al-Mulk, who had served as a trusted advisor to Imam al-Hakim, was appointed to serve as regent. She generously used her wealth towards charitable purposes and also engaged in diplomatic negotiations with representatives of the Byzantine Empire.

Islam encourages believers to fulfil their responsibilities as best as they can in the time they have been given. In contemporary times, there are also many stories of Muslim women who have created a strong and positive impact on a global scale.

Anousheh Ansari, for example, an Iranian-American entrepreneur and engineer, was the first Muslim woman to explore space, and is the first self-funded woman to fly to the International Space Station. The Queen consort of Jordan, Rania al-Abdullah, has actively contributed her time and resources towards global education, youth and community empowerment, microfinance, and cross-cultural dialogue. For her work, she has been awarded various decorations by numerous governments. Malala Yousafzai has been advocating for girls’ education from a young age. After surviving an assassination attempt in her native Pakistan in 2012, she has since continued her activism all over the world. She is the youngest Nobel Peace Prize laureate, and founded the non-profit organisation, the Malala Fund.

Within the Ismaili community, there are countless women who are today making a significant contribution to society, and in the process have risen to the top of their chosen professions, in fields as varied as business, media and broadcasting, academia, and public service.

In a speech made in London in December 2014, Mawlana Hazar Imam remarked that “... women’s participation in society is vital to ensure an improved quality of life. From education to health, participation in local governance to leadership in business, we have witnessed the potential for women and men to work alongside each other, while respecting the ethics of Islam, to build their communities.”

Today, as the global community becomes ever more connected, it continues to be important to see value in diverse societies. International Women’s Day is a reminder of the role of us all in practicing inclusiveness and to further strive for equality in our everyday lives, setting a solid foundation and example for the coming generations. 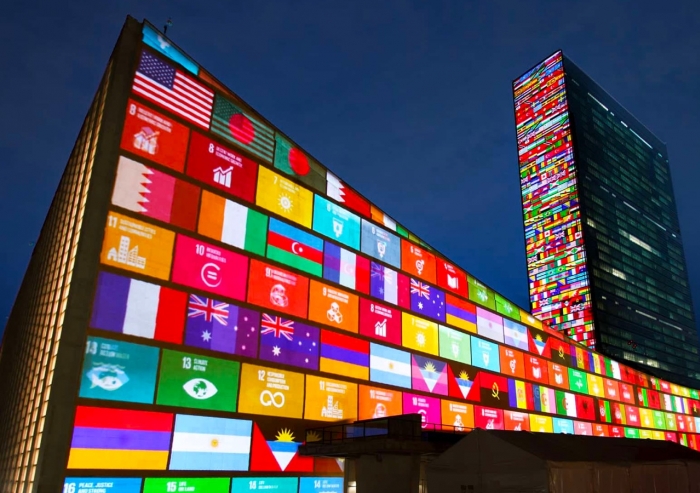